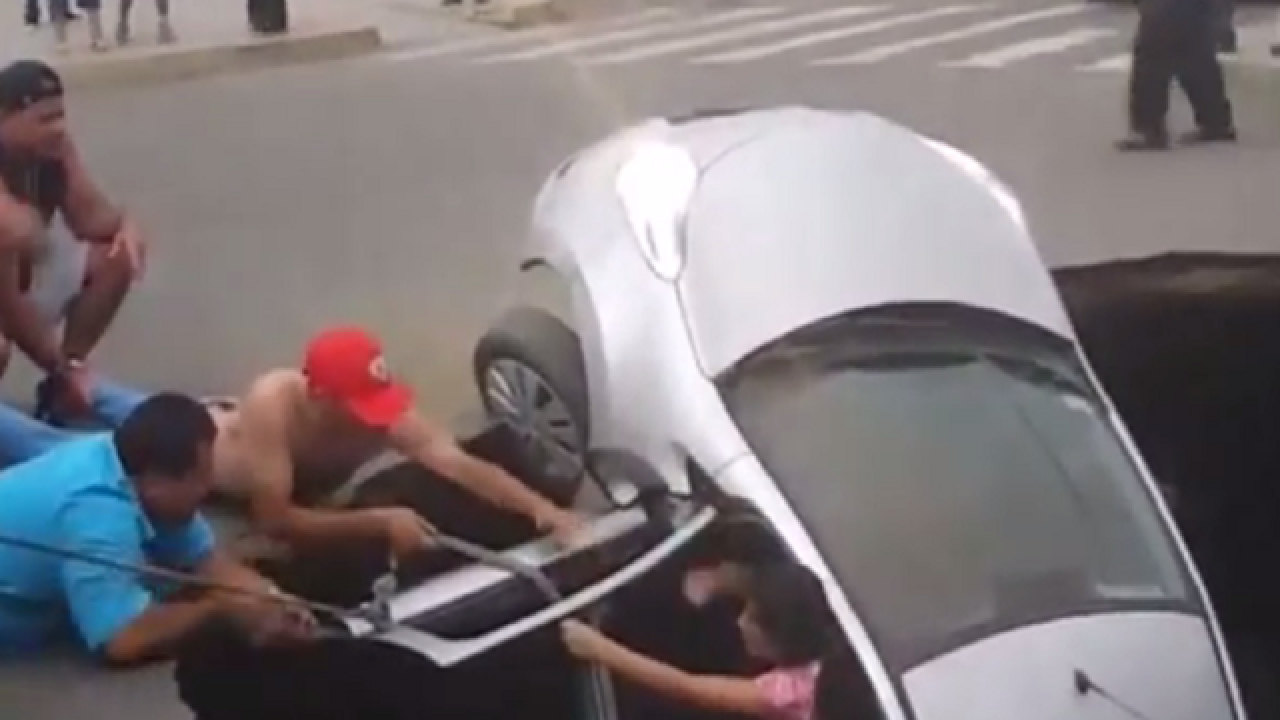 Dramatic video footage out of Peru shows a terrified family of three being rescued from a car, after it was suddenly swallowed by a 16-foot-wide sinkhole.
Residents can be seen yanking out a woman and man, who were reportedly in the car with their 2-year-old daughter when the sinkhole opened up on Thursday in the city of Trujillo. It wasn’t immediately clear when the child was lifted from the car, as she does not appear on tape.
The Huffington Post reports that the hole, which the car plunged backwards into and landed in almost vertically, was 9 feet deep.
"Some people helped us, but we were scared, because water began to filter into the vehicle," Edgar Orlando Bartolo Silva, the driver of the car, told local media outlet Terra Peru.
The family was taken to a local medical center as a precaution before being discharged.
While the region has recently fallen victim to heavy rain and flooding, the sinkhole is believed to have been caused by a burst sewer pipe.
RTV6