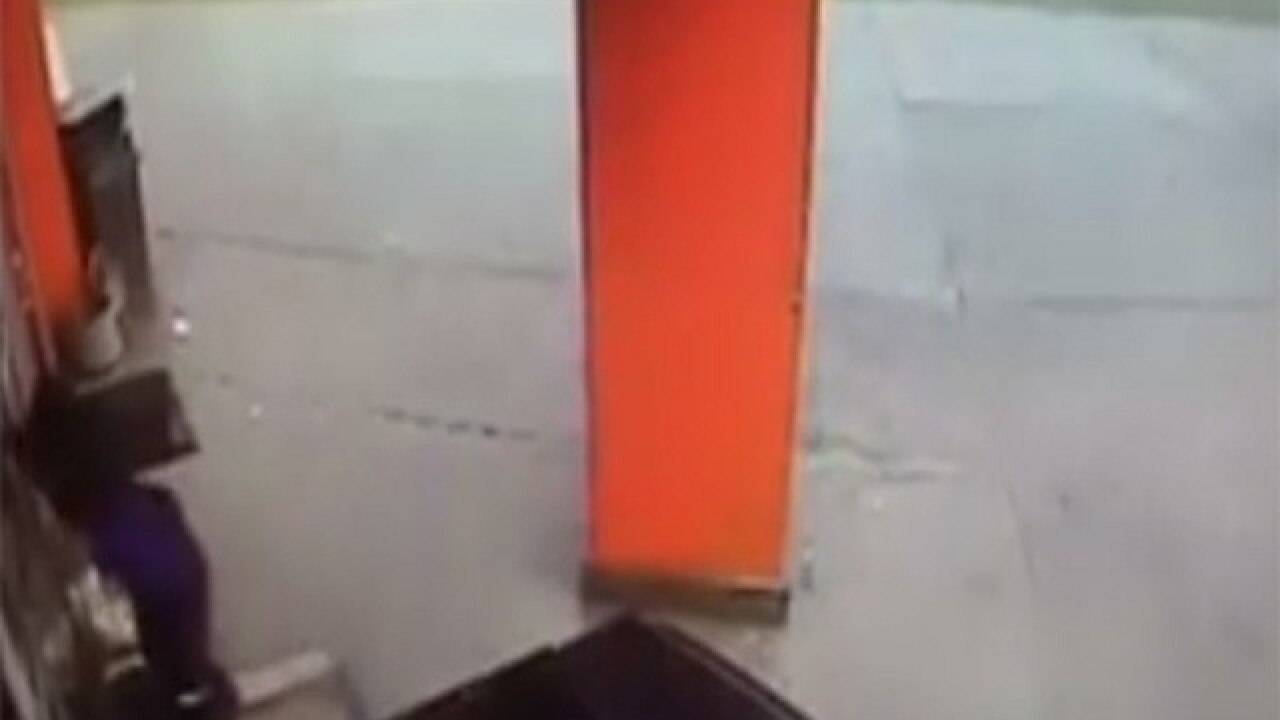 Dramatic surveillance footage shows the moment a Louisiana FedEx driver was nearly swept away by a powerful tornado – surviving by wedging herself into a makeshift shelter.
It happened Tuesday in Paincourtville (watch the video below).

This is probably the best one yet. Kyra, you definitely had an angel looking over you

Kyra Johnson can be seen running up to a Sagona's True Value Hardware and frantically tugging on the locked doors. She disappears off the screen, and moments later, the tornado arrives.
Suddenly, the building's roof and walls are seen flying into the parking lot. The screen goes black.
But where is Johnson?
She's alive and well. The lucky worker explained to local media outlet KATC-TV, "I braced myself between the Coke machine and the wall and I just know it saved me. Jesus saved me. I just kept saying, 'God please don't let me go,' and he didn't.”
Owner David Sagona posted a video of the incident to Facebook, writing, "Kyra, you definitely had an angel looking over you.”
Reports say the tornado completely destroyed 45 homes on Tuesday, while another 22 suffered major damage.
Scripps Only Content 2016