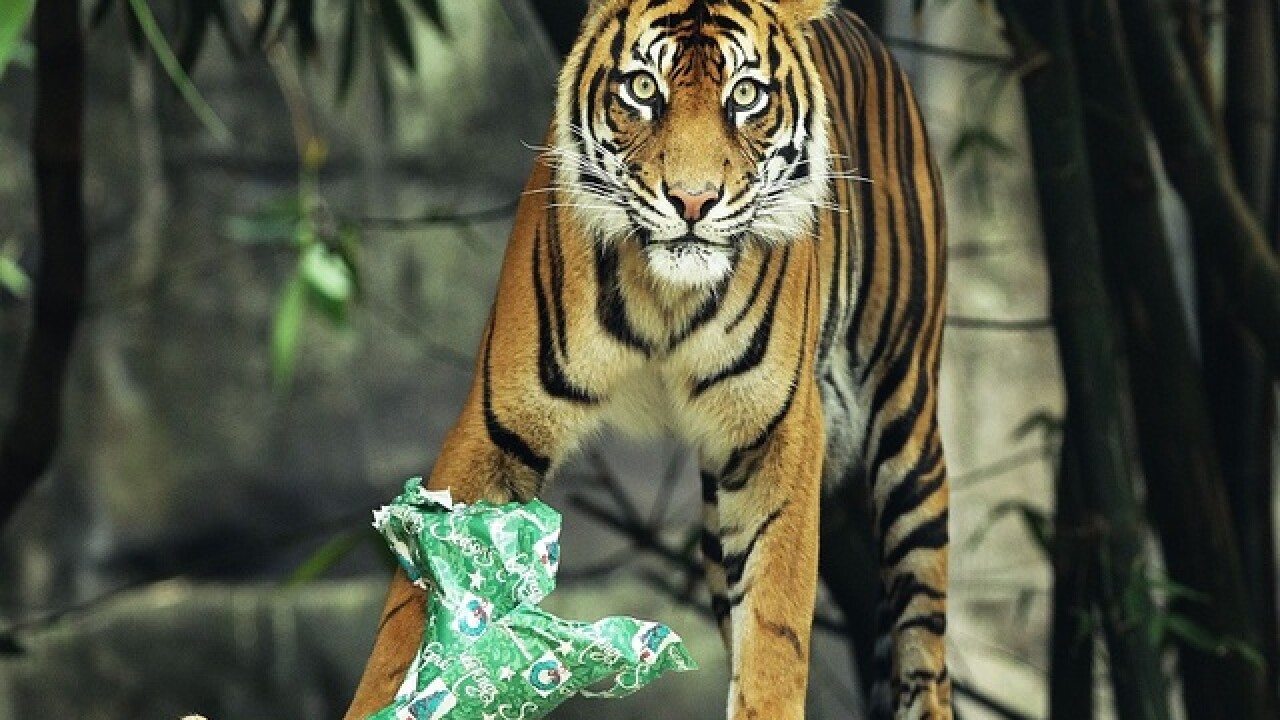 Bizarre video footage shows a man attempting to jump into a tiger enclosure at a Chinese Zoo.

The 40-year-old man allegedly told police that he was overcome with excitement when he decided to jump, according to The Huffington Post. Zookeeper Wang Jianguo climed up to help the man down during the incident, which occurred on Dec. 19 at Henan Province zoo.
Footage shows the man standing up on his chair before jump feet-first off the edge, luckily falling into a net suspended over the enclosure.
Jianguo said he was astounded when he finally reached the man, who suggested the act was all in good fun.
"When I was trying to save him on the net, he said to me that he 'didn't do a good somersault.' After hearing that, I didn't know what to say [to] him," Jianguo said, according to The Huffington Post, which cites China Central Television.
The man was reportedly arrested for arrested for disturbing public order and explained to police that he jumped after being overcome with excitement.
RTV6