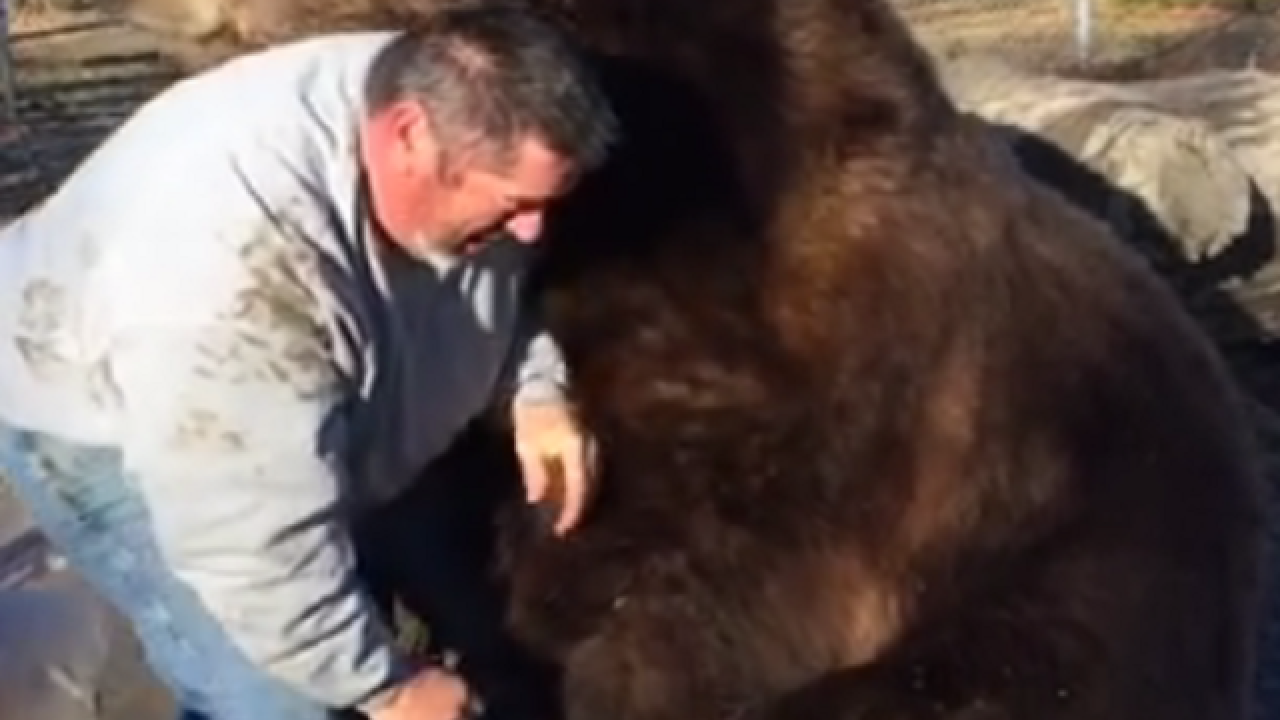 When you don’t have a teddy bear around to cuddle, a real-life, 1500-pound bear could be the next best thing.

In a video that’s been shared more than 200,000 times on Facebook, A fearless New York Man is seen cuddling with an enormous Kodiak bear and even giving it a back rub.

Someone asked for video of Jim and Jimbo playing. I found this on my phone! :)

According to The Huffington Post , the cuddly yet terrifying creature, named Jimbo, is 21 years old and stands at 9.5 feet tall. It is one of 11 bears living at The Orphaned Wildlife Center.
The center posted early this month on its Facebook page early January, writing, “Someone asked for video of Jim and Jimbo playing. I found this on my phone!”
Jimbo is described in his online profile as “extremely friendly with people and very good natured. His favorite food is red meat."
The man seen cuddling with Jimbo, Jim Kowalczik, is a staff member – and since he’s “red meat,” he’s considered a potential meal. But given his close relationship with Jimbo, it appears everyone is pretty relaxed about the situation.
Careful, Jim – we’re all scared for you.
RTV6