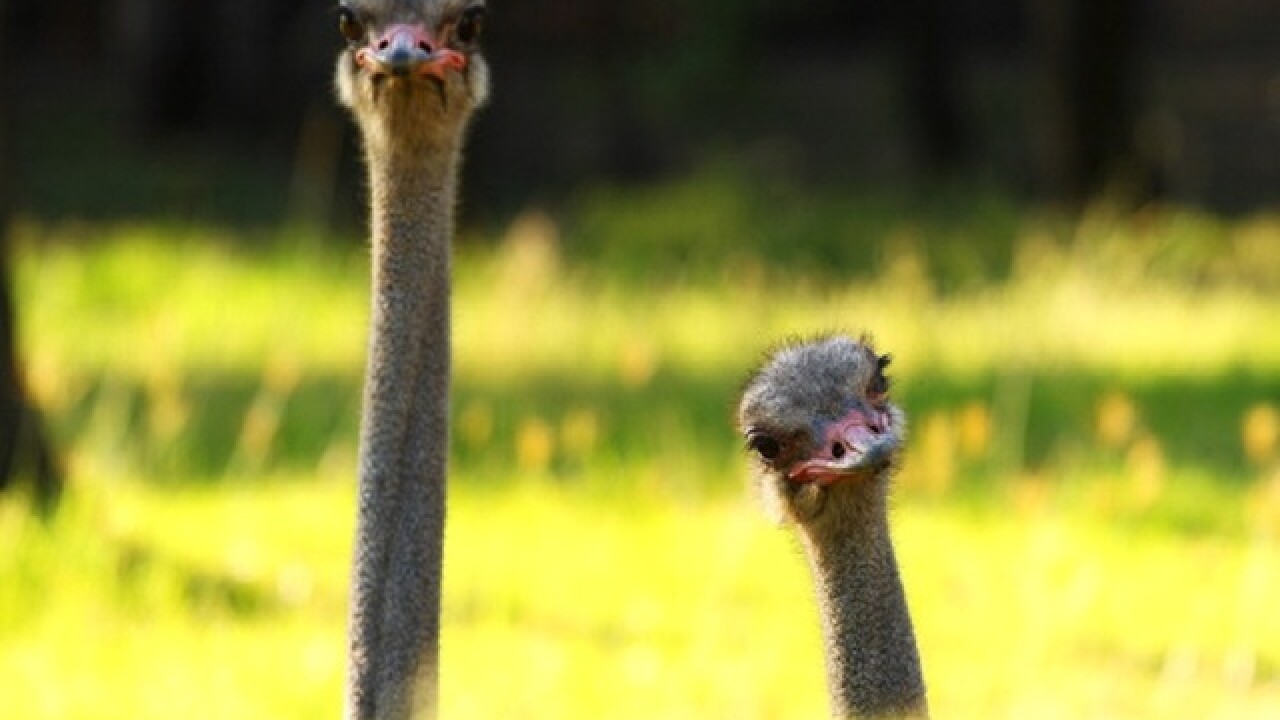 Mark Kolbe
<p>DUBBO, AUSTRALIA - APRIL 20: Ostriches look out from their enclosure at Taronga Western Plains Zoo on April 20, 2012 in Dubbo, Australia. The popular 35 year old Dubbo zoo is set in 3 square km of bushland and is home to over 700 animals. (Photo by Mark Kolbe/Getty Images)</p>

A group of cyclists in South Africa recently got to test their limits, but not without the help of a speedy coach.
Hilarious video footage shows an ostrich seemingly chasing down the riders down an empty road as they warmed up for the Cape Town Cycle Tour on Friday, The Huffington Post reports.
And it had no problem keeping up.
The massive bird ended its antics after about a minute, apparently satisfied with its performance.
Since being uploaded on Saturday, the video has already racked up more than a million views.
"It was a little scary at first, but then I thought I gonna fell of my bike from laughter," Oleksiy Mishchenko of Zurich Switzerland, wrote in the video's description. "The ostrich didn't have any problem to keep up at 50km/h (31 mph) and apparently they do 70km/h (43 mph) with no sweat."
Scripps Only Content 2016