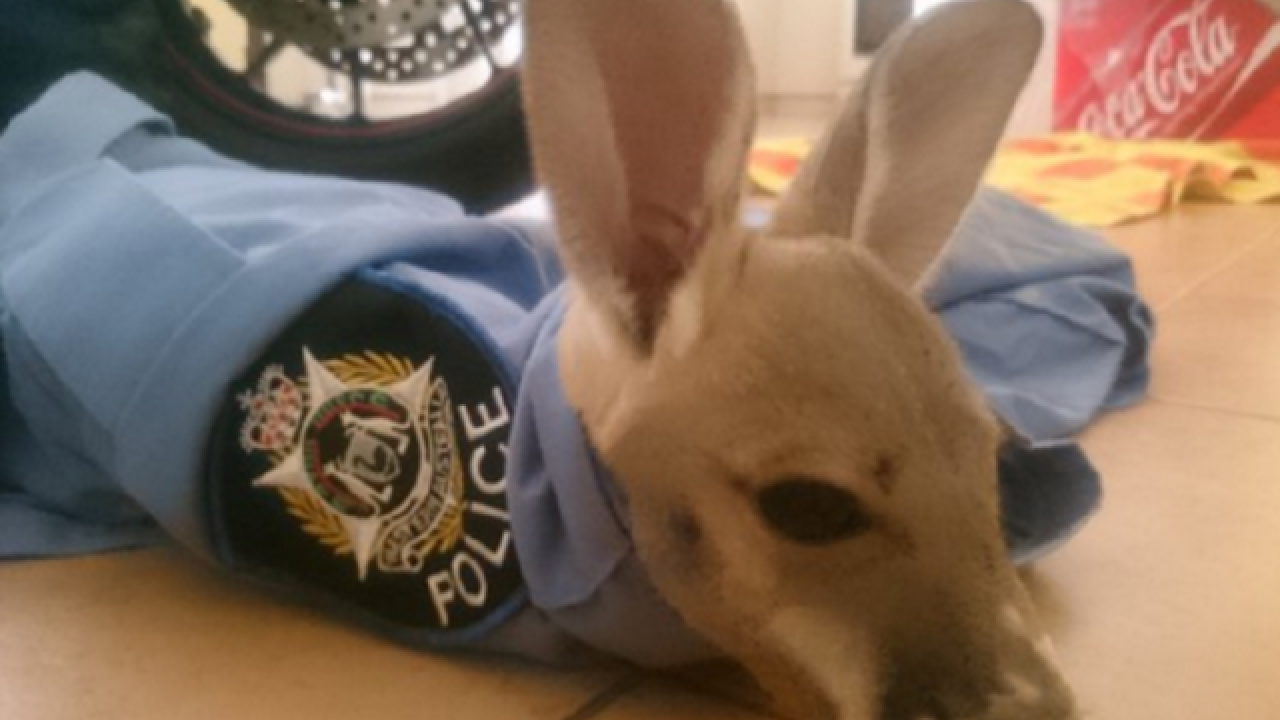 The Internet released a simultaneous “aww” this week, when photos surfaced of an Australian police officer and a baby kangaroo he adopted.
Constable Mason, of the Cue Police Station in western Australia, decided to take the joey in after he was orphaned and taken to officers.
But he had a dilemma – what would he name the cute little fellow? Honestly, we’ve heard of worse problems.

Western Australia Police took to social media to explain the predicament.
One day, later a name had been decided upon. Mason announced in a video, which soon went viral, that he’d decided on a name for his little pal (watch below).

Constable Mason from Cue Police Station thanks everyone for their input into the naming of the cute little rescue Joey....

"We have decided on a name. This is little Cuejo," he said, noting that his new little pal is four months old.
Cuejo can be seen hopping into the neckline of Mason’s shirt and then following his new daddy through the police station.
Just look at it. Can we have one, too?

Thankyou everyone for you ongoing support. Not just in the coat of arms, BE the arms #fb Recruit Cujoe pic.twitter.com/KOOP45jfGP