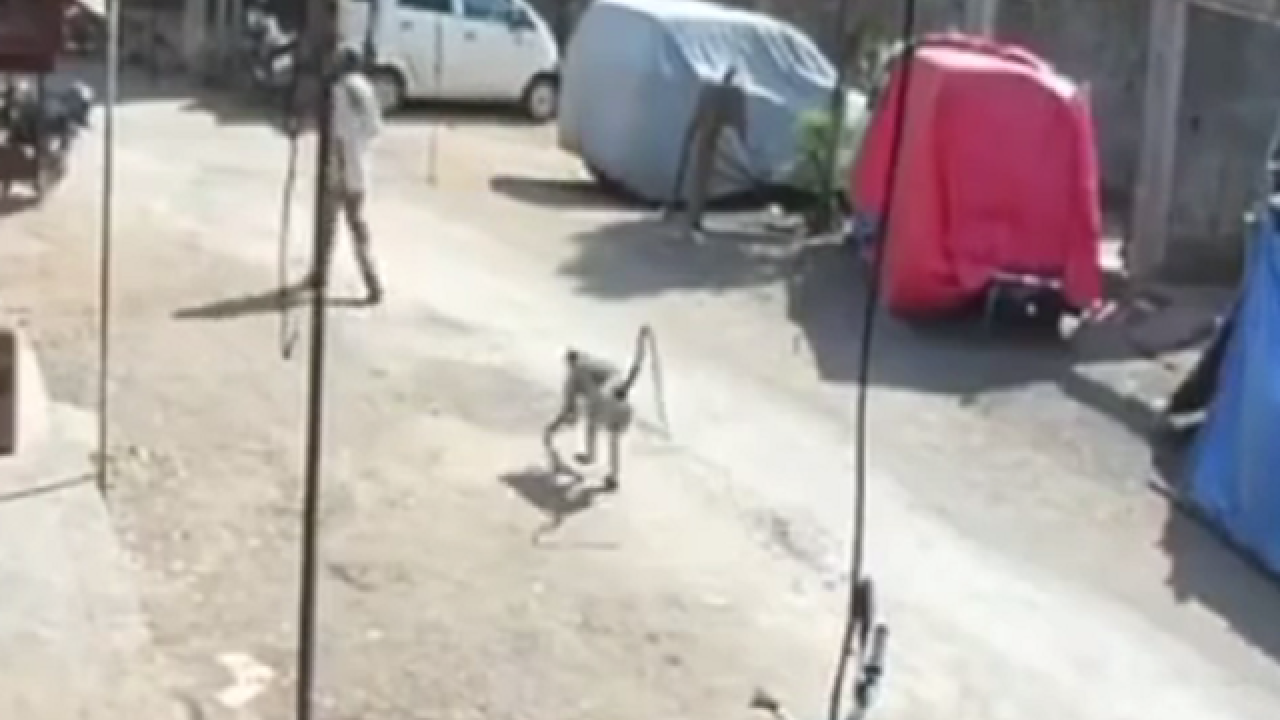 Hey, stop monkeying around!
Unless you want to be randomly drop kicked by a feisty primate. But you won’t have to worry about that --unless you’re living in a place where monkeys just roam the streets, looking for easy targets.
That’s exactly what happened in bizarre video footage posted to YouTube on Saturday (view below).
It’s unclear where the incident, which reportedly happened on Feb. 25, took place.
In the surveillance video a man can be seen walking with his back turned, when a fairly large monkey suddenly races toward him and jumps in the air, violently kicking him to the ground.
The animal then hops onto a vehicle and disappears over a rooftop.
While the pedestrian takes a nasty spill, he doesn’t appear to be harmed, quickly getting back on his feet and confusedly looking around.
We’re not sure what this poor guy did in the moments leading up to his beatdown, but whatever it was, that monkey clearly wasn't pleased.
Perhaps he gave the monkey the finger, which prompted a similar outcome last April in Shimla, India, as reported by The Huffington Post.
Scripps Only Content 2016