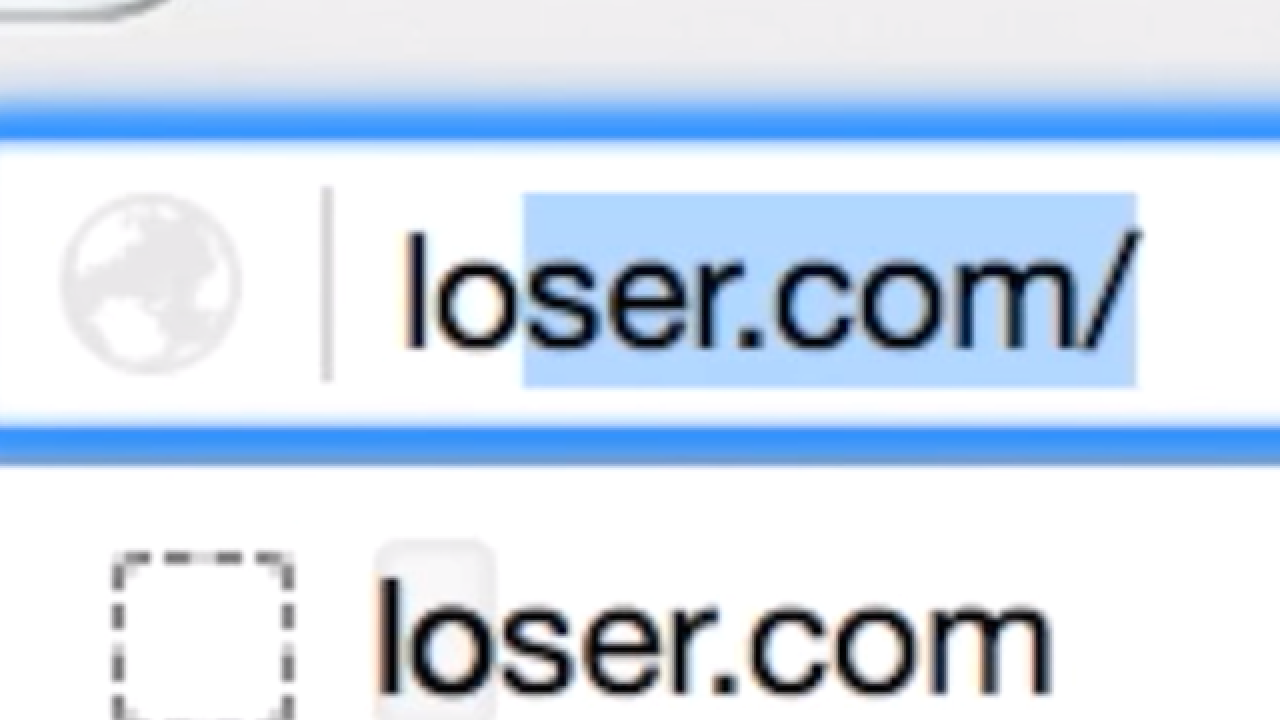 Donald Trump and his fans may want to steer clear of Loser.com.

Typing that address into a web browser redirected users to Trump's Wikipedia page, as of Feb. 2, 2016. See the above video for an example.

The digital jab appeared to come as a response to Trump losing to rival presidential nominee Ted Cruz at the Iowa Republican caucus on Monday — but the URL redirect has been active since at least Jan. 1, 2016, according to the Internet Archive .

The Loser.com redirect hasn't always been at Trump's expense, however. As of June 18, 2015 , the web address redirected users to rapper Kanye West's Wikipedia page.