What is the Zika virus? 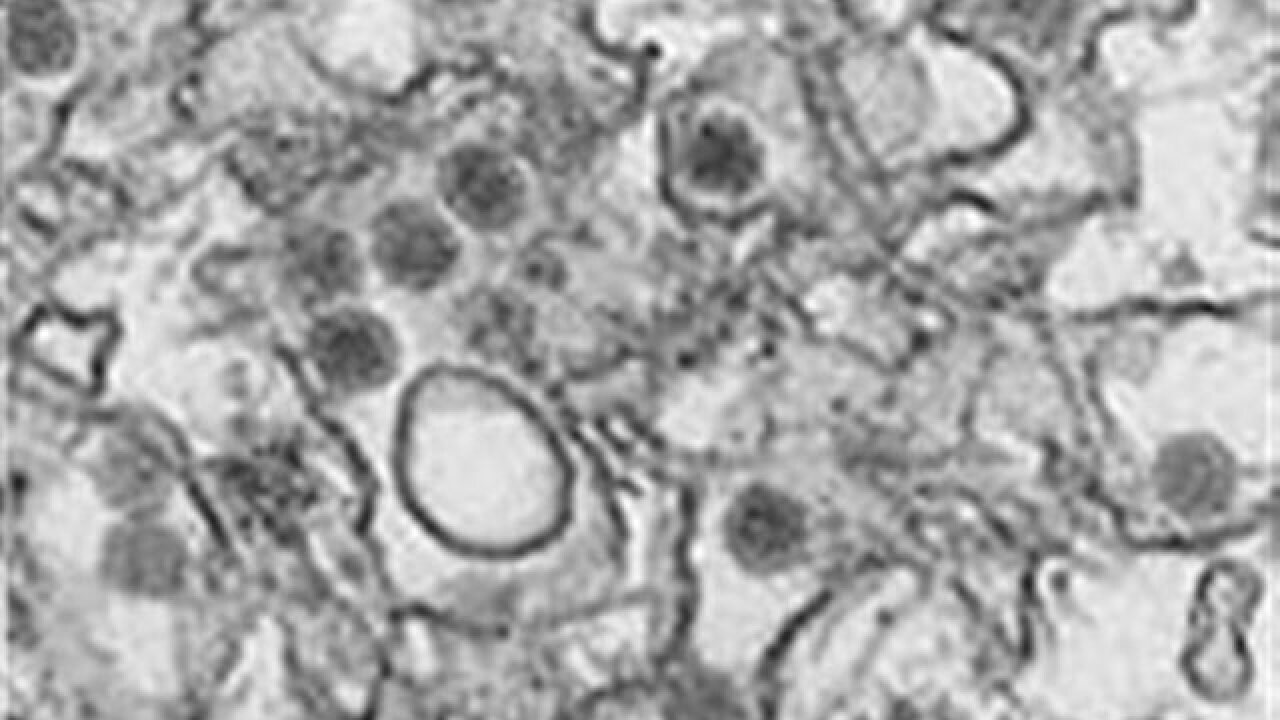 Cynthia Goldsmith
<p>This January 2016 image provided by the Centers for Disease Control and Prevention (CDC) shows a Zika virus, a mosquito-borne disease that has been linked in Brazil to a large number of cases of microcephaly, a rare birth defect. Infants with microcephaly have smaller than normal heads and their brains do not develop properly. (Cynthia Goldsmith/CDC via AP)</p>

NEW YORK (AP) — A rare tropical disease is spreading in parts of Latin America and the Caribbean. The mosquito-borne Zika virus usually causes a mild illness but is now suspected in an unusual birth defect and possibly other health issues. Some things to know:

The Zika (ZEE'-ka) virus was first discovered in monkey in Uganda in 1947; its name comes from the Zika forest where it was first discovered. It is native mainly to tropical Africa, with outbreaks in Southeast Asia, and the Pacific Islands. It showed up in Brazil last years and has since been seen in many Latin American countries and Caribbean islands.

HOW IS IT SPREAD?

It is transmitted through bites from the same kind of mosquitoes that can spread other tropical diseases, like dengue fever, chikungunya and yellow fever. It is not known to spread from person to person so it's not infectious like other germs such as the flu virus. The World Health Organization says it is rapidly spreading in the Americas because it is new to the region, people aren't immune to it, and the mosquito that carries it is just about everywhere — including along the southern United States. Canada and Chile are the only places without this mosquito.

Experts think most people infected with Zika virus don't get sick. And those that do usually develop mild symptoms — fever, rash, joint pain, and red eyes — which usually last no more than a week. There is no specific medicine and there hasn't been a vaccine developed for it, which is the case for some other tropical illnesses that cause periodic outbreaks.

WHY IS IT A CONCERN NOW?

In Brazil, there's been mounting evidence linking Zika infection in pregnant women to a rare birth defect called microcephaly, in which a newborn's head is smaller than normal and the brain may not have developed properly. Brazilian health officials last October noticed a spike in cases of microcephaly in tandem with the Zika outbreak. The connection to Zika is still being investigated, and officials note there are many causes of the condition. Nearly 4,000 cases have been tallied.

Meanwhile, doctors have noted increased reports of a nerve condition called Guillain-Barre gee-YAHN-buh-RAY) that can cause paralysis. But the link to the Zika virus is not clear; other infections can spark the problem, including dengue fever.

CAN THE SPREAD BE STOPPED?

Individuals can protect themselves from mosquito bites by using insect repellents, and wearing long sleeves and long pants — especially during daylight, when the mosquitoes tend to be most active, health officials say. Eliminating breeding spots and controlling mosquito populations can help prevent the spread of the virus.

HAVE THERE BEEN CASES IN THE U.S.?

Yes, but in travelers. There've been more than two dozen cases diagnosed in the U.S. since 2007, all travelers who are believed to have caught it overseas. (Puerto Rico and the U.S. Virgin Islands have each had a recent case that didn't involve a traveler.)

The kind of mosquito that spreads Zika is found along the southern United States, so experts think it's likely the pests may end up spreading the virus there. But officials also have said Zika infections probably won't be a big problem in the U.S. for a number of reasons, including the more common use of air conditioning and door and window screens. Recent U.S. outbreaks of dengue and chikungunya — carried by the same mosquito — suggest any Zika outbreaks may be relatively small, said Dr. Lyle Petersen of the Centers for Disease Control and Prevention.

Zika Virus Around the World | HealthGrove

ARE THERE ANY TRAVEL ADVISORIES?

In Brazil, most of the mothers who had babies with microcephaly were apparently infected during the first trimester, but there is some evidence the birth defect can occur later in the pregnancy, CDC officials say. The travel alert applies to women in any stage of pregnancy.