What we watched, read and listened to in 2015 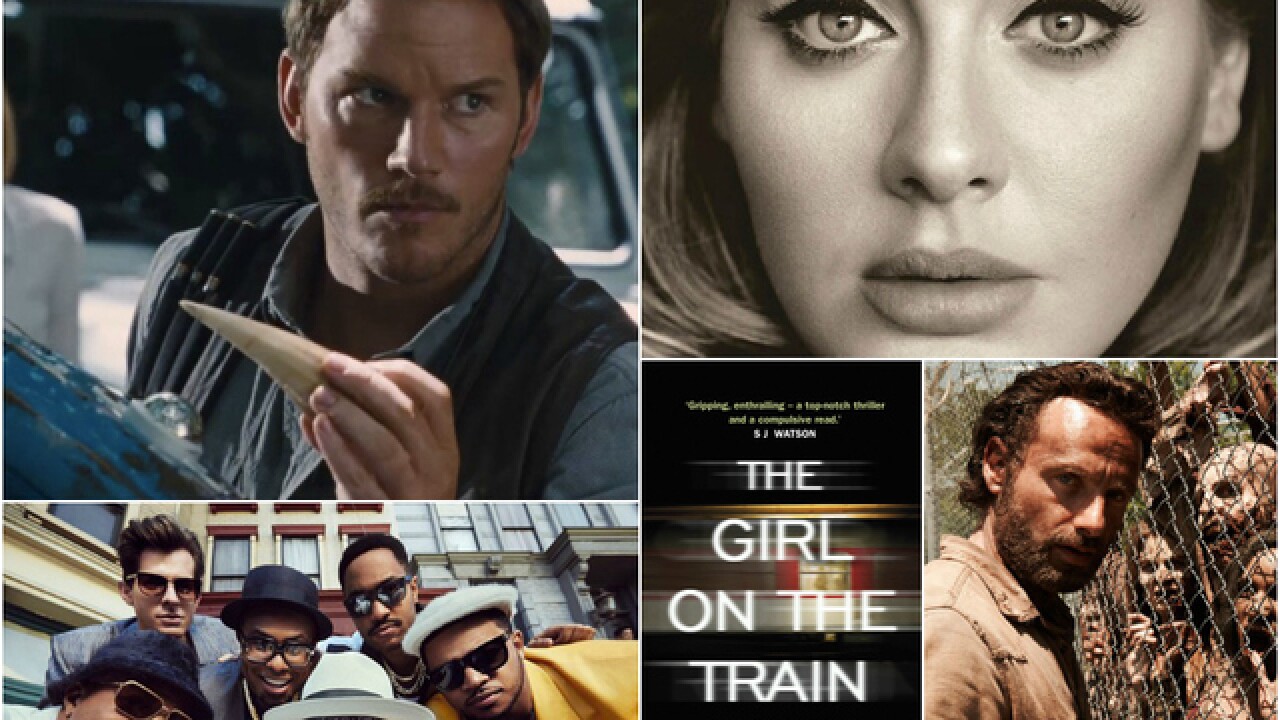 Collage: Clint Davis
<p>Some of the most popular entertainment of 2015. (Clockwise from top left) "Jurassic World," Adele's "25," "The Walking Dead," Paula Hawkins' "The Girl on the Train" and the music video for "Uptown Funk!."</p>

If the most popular movies, TV shows, books and music of the past year were sealed into a time capsule and opened in 100 years, what would the world think of today’s culture?

The entertainment that Americans devoured in 2015 mostly came from familiar franchises and artists — with a few notable exceptions.

The year’s top-selling book at Amazon.com was “The Girl on the Train” by first-time author Paula Hawkins. Ranking behind Hawkins’ breakout hit were E.L. James’ “Grey,” a reimagining of her smash “Fifty Shades of Grey,” and Harper Lee’s “Go Set a Watchman,” the long-awaited sequel to 1960’s “To Kill a Mockingbird.”

At the box office, Walt Disney Studios and Universal Pictures dominated all other studios by banking on sequels to popular movie franchises. Four films — not counting Disney’s “Star Wars: The Force Awakens,” due to its release falling after publication date — made over $1 billion worldwide this year, all of which were sequels or spinoffs.

As of Dec. 15, Universal’s “Jurassic World” was the year’s top-grossing film, followed by Disney’s “Avengers: Age of Ultron” and “Inside Out.” The latter film was the only non-sequel among the five highest-grossing movies of the year at the American box office.

Adele’s “25” was crowned the best-selling album of 2015 only three days after its release on Nov. 20. The other best-selling albums released in 2015 were Drake’s “If You’re Reading This It’s Too Late,” Meghan Trainor’s “Title” and the “Fifty Shades of Grey” soundtrack.

According to “Billboard,” the biggest hit songs of the year were “Uptown Funk!” by Mark Ronson and “Thinking Out Loud” by Ed Sheeran; oddly, both songs came out in 2014. “See You Again” by Wiz Khalifa and Charlie Puth, from the “Furious 7” soundtrack, was the most successful song to be released in 2015, according to “Billboard.”