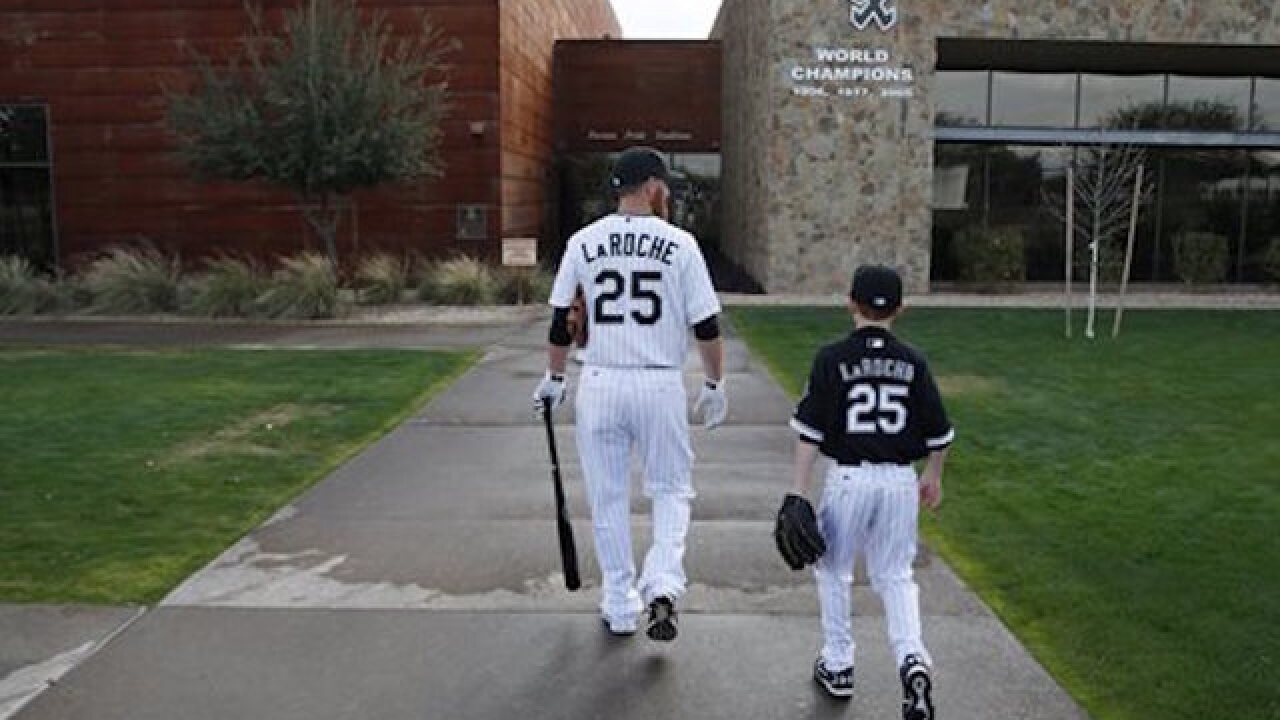 John Locher
<p>FILE - In this Feb. 28, 2015, file photo, Chicago White Sox's Adam LaRoche, left, and his son Drake walk to the White Sox's clubhouse during a photo day before a baseball spring training workout in Phoenix. Told to cut down his son's time in the clubhouse, LaRoche took a different path: He said he planned to retire and walk away from a $13 million salary. White Sox President Kenny Williams confirmed Wednesday, March 16, 2016, that he twice asked LaRoche in the last week to "dial it back" with his 14-year-old son. (AP Photo/John Locher, File)</p>

LaRoche has said he is retiring after Williams asked that his 14-year-old son, Drake, spend less time around the team. The allegation became public this week, angering players around the major leagues, and Sale had harsh criticism for Williams on Friday.

Sale hung Drake's uniform outside his locker and said Williams lied about the matter and was trying to fix a problem that didn't exist.

He says players were told different stories about why Drake needed to spend less time with the team. Sale said of Williams: "We got bold-faced lied to by someone we're supposed to be able to trust."

White Sox chairman Jerry Reinsdorf says discussions within the team were ongoing and declined comment on what he called "an internal issue."

Outfielder Adam Eaton says he has reached out to the MLB Players Association.