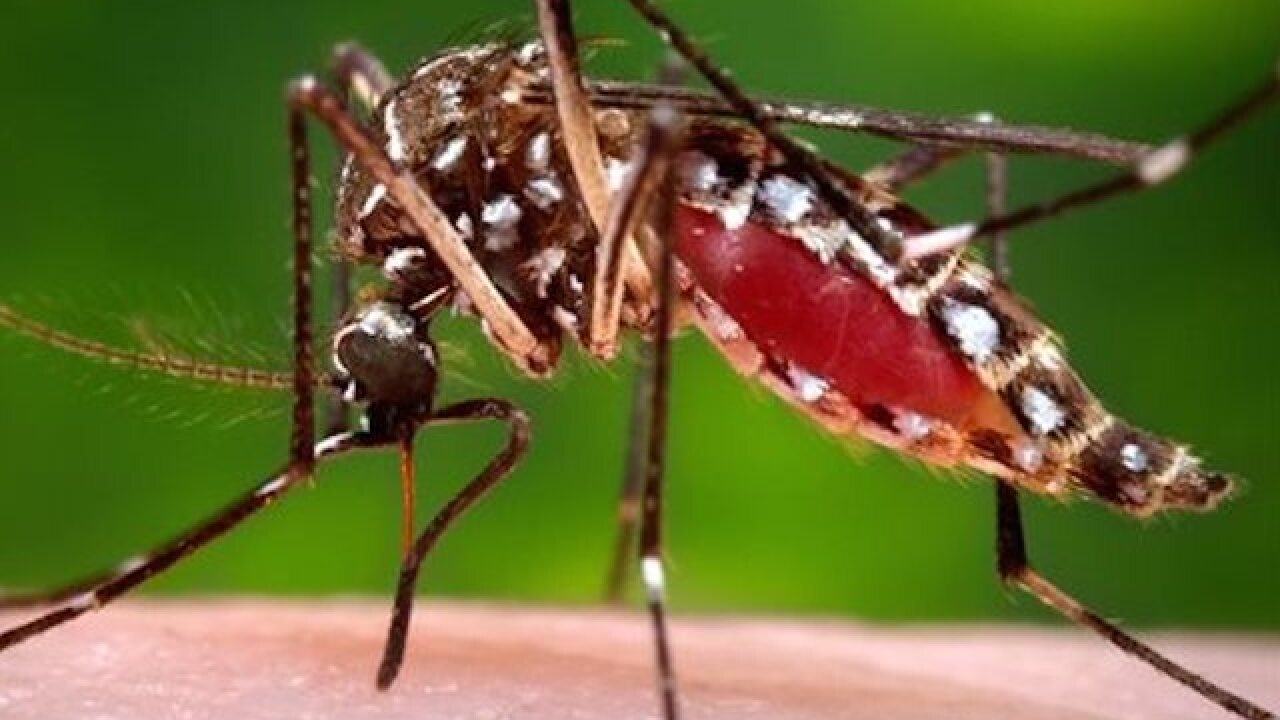 CDC via AP
James Gathany
<p>This 2006 photo provided by the Centers for Disease Control and Prevention shows a female Aedes aegypti mosquito in the process of acquiring a blood meal from a human host. On Friday, Jan. 15, 2016, U.S. health officials are telling pregnant women to avoid travel to Latin America and Caribbean countries with outbreaks of a tropical illness linked to birth defects. (James Gathany/Centers for Disease Control and Prevention via AP)</p>

GENEVA (AP) — The World Health Organization has begun a crisis meeting considering whether the explosive spread of the mosquito-borne Zika virus — which is linked to birth defects in the Americas — should be declared a global health emergency.

The closed-door teleconference meeting of experts is considering whether international efforts to fight the outbreak should be immediately ramped up, WHO spokesman Christian Lindmeier said. The U.N. health agency last declared an emergency over the 2014 Ebola outbreak in West Africa. A similar declaration was made for polio the year before.

Such emergency declarations are meant as an international SOS signal and usually trigger increased money and efforts to stop the outbreak, as well as prompting research into possible treatments and vaccines.

On Thursday, WHO Director-General Dr. Margaret Chan said the level of alarm was "extremely high" despite the lack of proof that Zika is responsible for the spike in the number of babies born in Brazil with abnormally small heads. WHO officials say it could be six to nine months before science proves or disproves any connection.

WHO, which was widely criticized for its slow response to the 2014 Ebola crisis in West Africa, has been eager to show its responsiveness this time. Despite dire warnings that Ebola was out of control in mid-2014, WHO didn't declare an emergency until August, when nearly 1,000 people had died.

Its officials say that up to 4 million cases of Zika could turn up in the Americas within the next year. Zika was first identified in 1947 in a Ugandan forest but until last year, it wasn't believed to cause any serious effects; about 80 percent of infected people never experience symptoms. The virus has also been linked to Guillain-Barre syndrome, which causes muscle weakness and nerve problems.

"Of course, the world and the World Health Organization have all learned from the Ebola crisis, that's why we are trying to bring in the best experts we can gather for this event, to try to establish what steps to take and what the way forward should be," Lindmeier said.

Lindmeier credited authorities in Brazil for being "extremely transparent" since the Zika outbreak turned up there in May. He said WHO first raised the possible connection between the virus and abnormally small heads back in October — a prospect that has sown fear among many would-be mothers and pregnant women.

Brazilian officials shared lab samples with foreign experts and brought in scientists from abroad, he said.

"What we know so far is that the only microcephaly cases we see currently are from Brazil," Lindmeier said, noting that abnormally small heads in newborns can have many causes — such as the effects of herbicides, alcohol use, or drugs and toxins. "This is exactly what is the concerning question: why do we see this in Brazil?"

Jimmy Whitworth, an infectious diseases expert at the London School of Hygiene and Tropical Medicine, said we might soon see other babies born with malformed heads as the virus becomes entrenched in other countries.

"It could be that we're getting the strongest signal in Brazil," he said. "But having these cases occurring and pinning it to Zika is tough."

Whitworth said it was important for WHO to act quickly, despite definitive evidence that Zika is responsible for the surge in microcephaly cases.

"For situations like this, you have to essentially have a 'no regrets' policy," he said. "Maybe this will be a false alarm when more information is available months later, but it's serious enough on the evidence we have right now that we have to act."