WHO: Zika vaccines 18 months away from trials 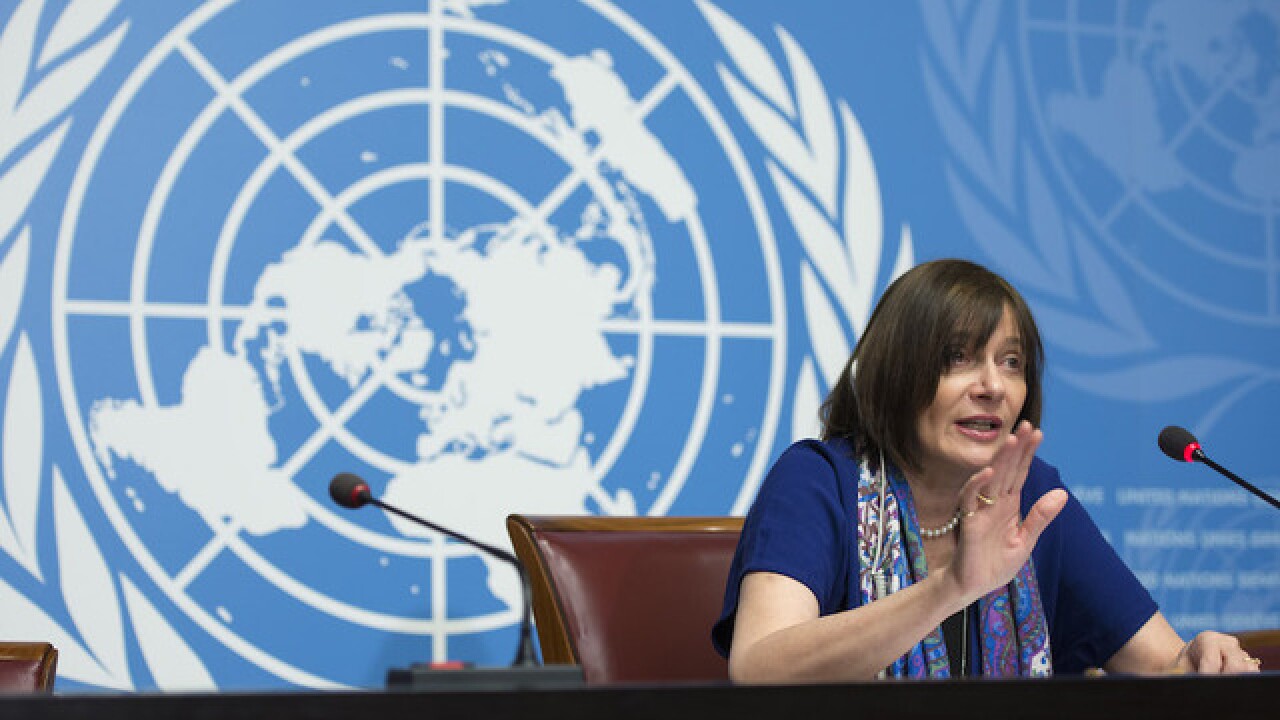 Martial Trezzii
<p>Marie-Paule Kieny, Assistant Director-General, Health Systems and Innovation, of World Health Organization, WHO, speaks during a press conference at the European headquarters of the United Nations, in Geneva, Switzerland, on Friday, Feb. 12, 2016.</p>

GENEVA (AP) — Possible Zika vaccines are at least 18 months away from large-scale trials, the World Health Organization said Friday, while advising pregnant women to consider delaying travel to areas where the mosquito-borne virus has turned up amid concerns it may be linked to abnormally small heads in newborn children.

Marie-Paule Kieny, WHO assistant director-general for health systems and innovation, says the U.N. health agency's response is "proceeding very quickly" and that 15 companies or groups have been identified as possible participants in the hunt for vaccines.

"Our knowledge of what is currently in the pipeline tells us that it will take approximately 18 months before a vaccine can be launched into large scale trial to demonstrate efficacy," Kieny told reporters in Geneva.

Concerns have grown in recent months about a Zika outbreak that has affected at least 33 countries — mostly in South and Central America. In Brazil, an epicenter of the outbreak, the spike in cases has coincided with a mysterious rise in cases of microcephaly, or abnormally small heads, in newborn children.

WHO believes the link between the virus and microcephaly in some newborns is "more and more probable," Kieny said, but it will likely take "weeks to a few months" to determine whether a firm link exists. Agency officials had previously said they believed it would take at least six months.

Kieny said that different types of possible vaccines — such as live or killed virus, or use of DNA vaccines — may lead to differences in timing on development, but developers "are all starting at a very basic level for the time being."

WHO also issued updated guidelines about travel to Zika-affected areas, saying pregnant women should consult with their health care providers and should "consider delaying travel to any area where locally acquired Zika infection is occurring."

It previously only advised women who are pregnant, or hoping to become pregnant, to protect themselves from the bites of the mosquito that transmits the virus.

In a statement, the agency noted that the virus was not spread by person-to-person contact, "though a small number of cases of sexual transmission have been documented." WHO also advised men and women returning from Zika-affected areas to practice safe sex "including through the correct and consistent use of condoms," but didn't specify for how long.