Wild month pushes US weather to near records 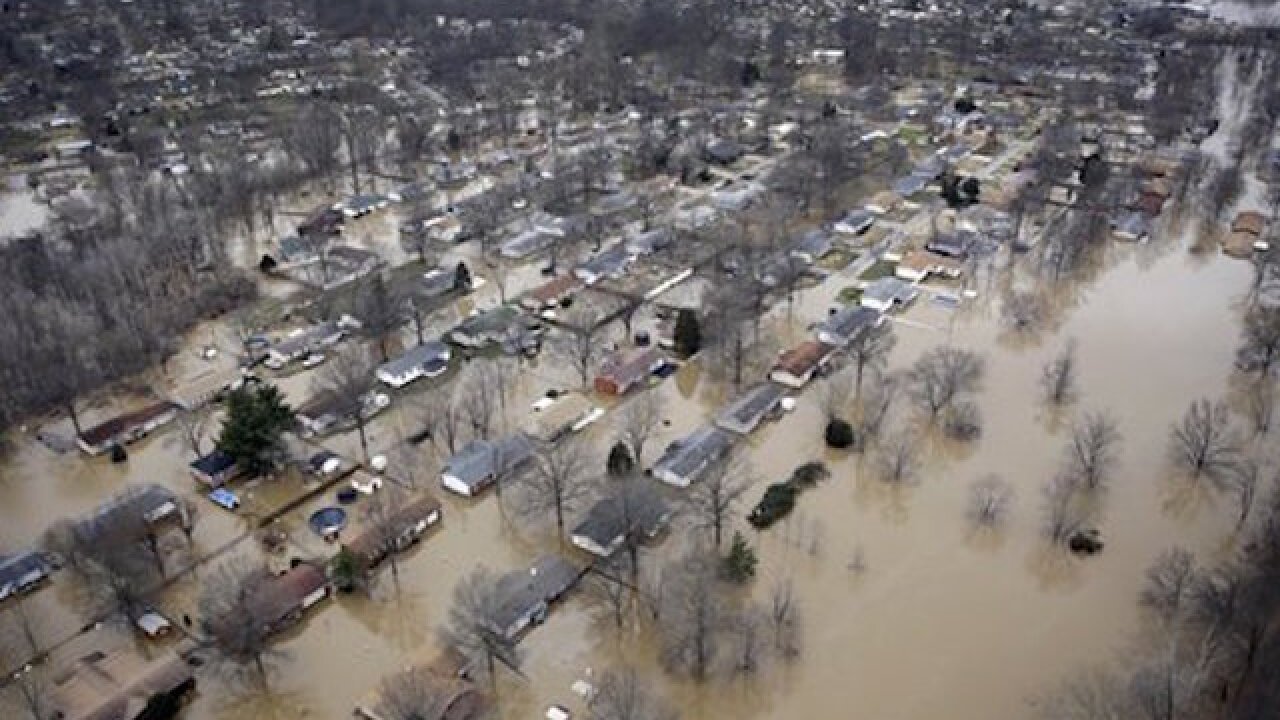 The year that just ended was the second warmest and third wettest in 121 years of record-keeping for the lower 48 states, the National Oceanic and Atmospheric Administration announced.

"The combination of El Nino plus climate change clearly has brought the U.S. some weirdly memorable, highly unusual, and quite troubling weather," said climate scientist Michael Oppenheimer of Princeton University. "As for the influence of climate change, it's just the beginning."

These are just U.S. statistics. Globally, it's almost certain to be hottest on record with exact figures coming out later this month, and the U.S. near-record is emblematic of that, said Deke Arndt, NOAA's climate monitoring chief.

For much of the spring and summer, climate change was the big factor pushing U.S. temperatures above normal. But in November and December, El Nino took over and supercharged the global warming effect while turning on the heavy rains, said Victor Gensini, a meteorology professor at DuPage College outside Chicago.

El Nino is the natural warming of the central Pacific that changes weather worldwide. It occurs every two to seven years or so with one of its most noticeable affects being heavy downpours in California.

Going into December, it was just the fifth warmest and ninth wettest year in the United States. Then a record-setting December pushed everything up a few notches.

At 38.6 degrees — 6 degrees warmer than the 20th century average — December was nearly a full degree warmer than the record set in 1939. And the 3.93 inches of precipitation in December surpassed the old record by more than a sixth of an inch.

This was the first time that a month was both the warmest and wettest on record, said NOAA climate scientist Jake Crouch.

Last year, the U.S. lurched from one extreme to another. Going into December, the U.S. was flirting with a record low number of tornado deaths. Then a series of nasty tornadoes killed 24 people in four days, making it the second deadliest December for tornadoes on record.

December storms, featuring flooding in the Mississippi River and snowfall in the Southwest, killed at least 50 people, making it the deadliest weather event of 2015.

NOAA compiles a climate extremes index that puts all sorts of extreme weather — hot and cold, wet and dry — into one lump statistic. It showed 2015 was 70 percent more extreme than the average over 106 years. It was the fourth most extreme year in the United States.

Michael Mann, a Pennsylvania State University climate scientist, said the issue is not so much records but how lasts year's dramatic weather affected Americans, including record rainfall in South Carolina in early October and a balmy Christmas Eve in the East.