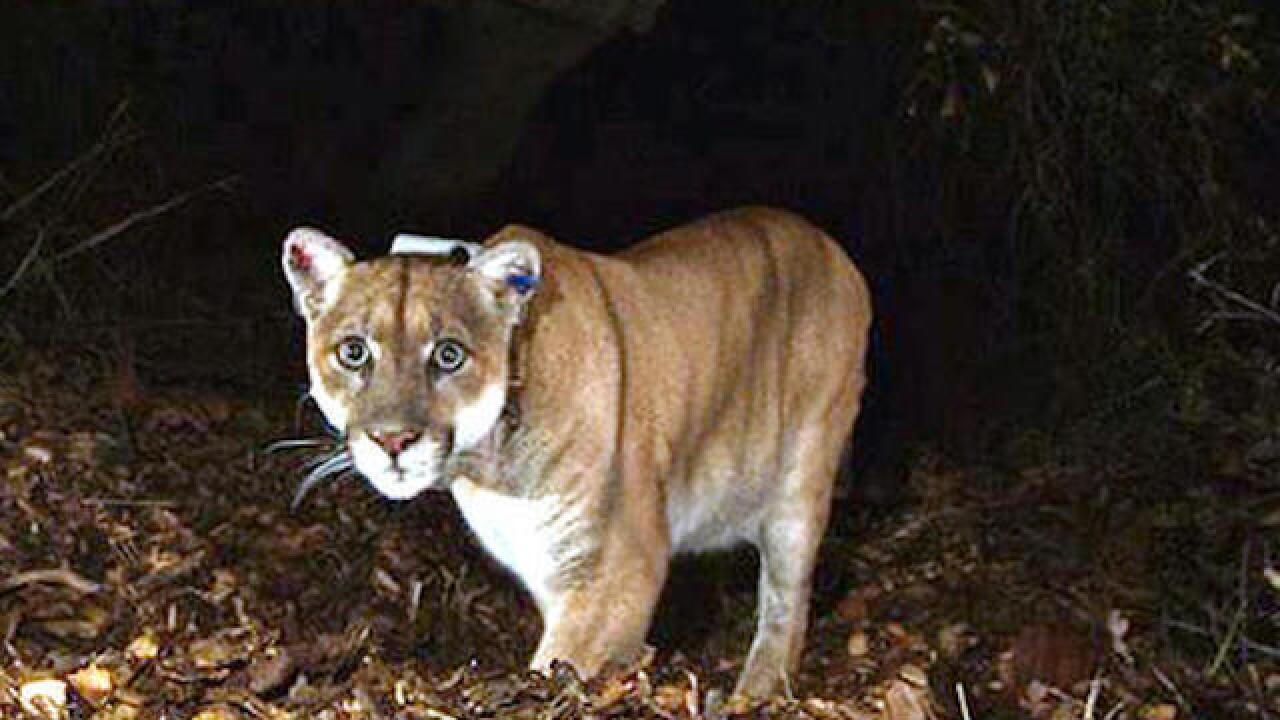 LOS ANGELES (AP) — Officials believe P-22, a wild mountain lion that prowls a sprawling Los Angeles park, made a meal of a koala found mauled to death at the city's zoo.

Zoo director John Lewis said this week that workers found the koala's body outside its pen March 3. The big, 7-year-old male cougar was spotted on surveillance video from the same night.

Zoo workers are now taking extra precautions, such as locking up smaller animals in barns at night. Lewis says the zoo will learn to adapt to the wild cougar, just like it has learned to adapt to the zoo.

P-22 wears a tracking collar and was famously photographed near the Hollywood sign for National Geographic.

He lives in Griffith Park, which covers 4,355 acres of rugged wilderness surrounded by urban sprawl.