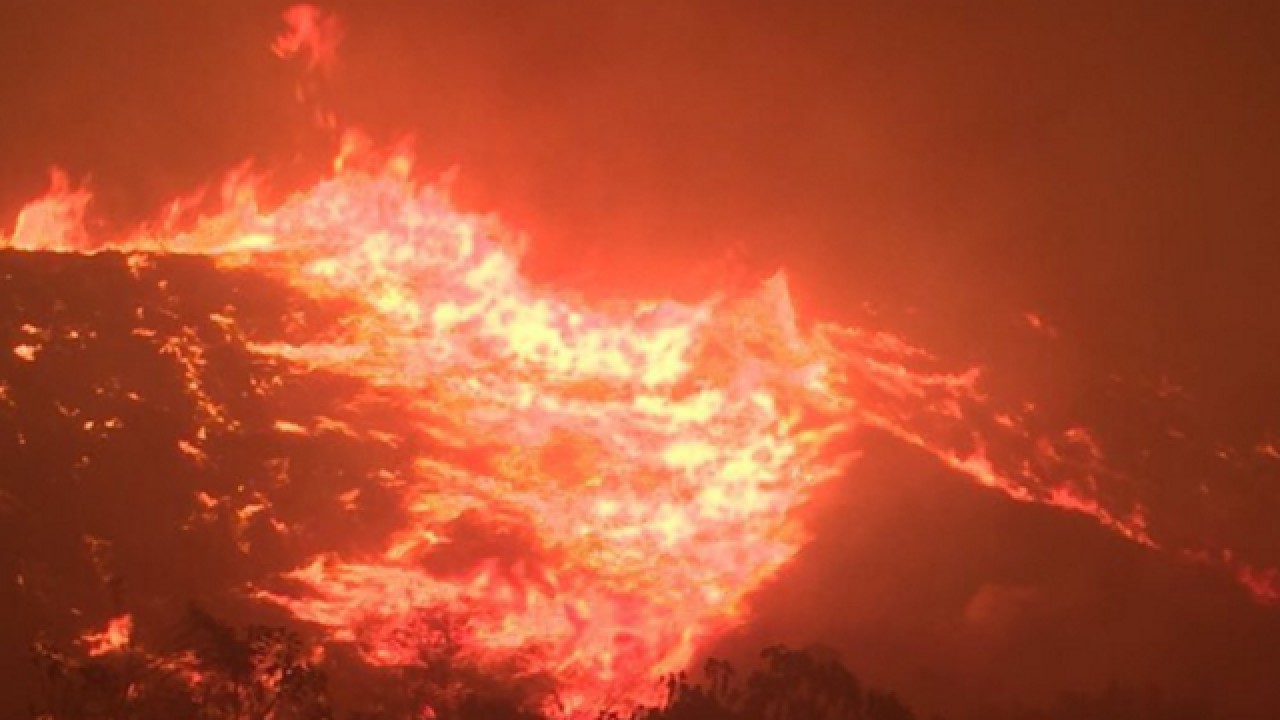 A wildfire near Ventura, Calif. has burned nearly 1,250 acres of land, and shut down the busy U.S. 101 freeway and Pacific Coast Highway along the Pacific coast early Saturday morning, according to the Ventura County Fire Department.

The department said that 600 firefighters are working the brush fire, which is located 70 miles northwest of Los Angeles. The Red Cross has opened a shelter in the area as firefighters work to save homes near Solimar Beach.

Mandatory and voluntary evacuations were in place for less than 100 residences in Ventura County.

"It was pushed by strong north winds at 50 MPH,' Lorenzen said. "The fire grew in size and quickly threatened the 101 freeway and the homes along the (Pacific Coast Highway) and Solimar Beach area."

The area was under a high wind warning as gusts in the area reached 55 MPH overnight.

Fire Battalion Chief Fred Burris said that when firefighters arrived on the scene Christmas night, they found motorists on U.S. 101 desperately trying to escape the path of the wildfire.

"When we arrived, we had the fire immediately impinging on the 101 and we had multiple motorists stranded," Burris said. "We had motorists making U-turns going opposing directions on the freeway with other motorists not realizing the situation, so we had an extreme traffic hazard."

Lorenzen confirmed late Saturday morning that no one has been injured due to the wildfire.

Officials did not know what started the fire, as of Saturday afternoon.