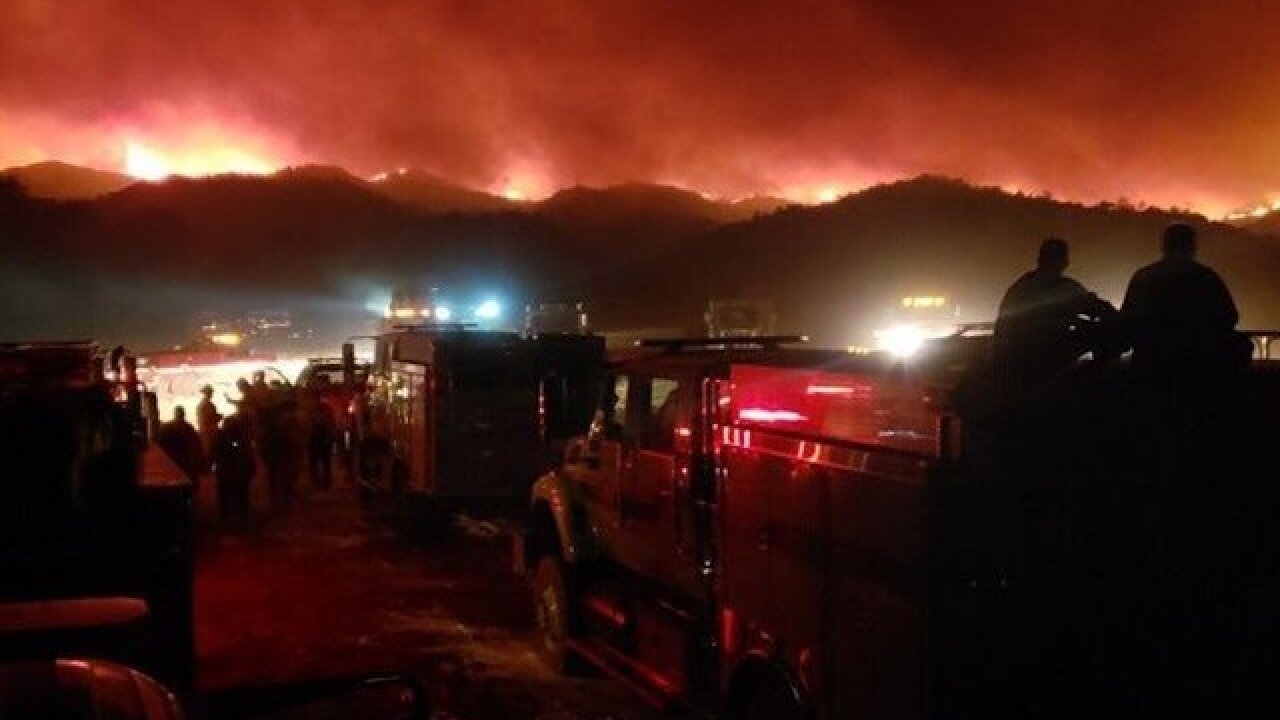 It looked like a scene from an apocalypse movie as eerie, orange-brown haze saturated the San Francisco sky over the weekend.

With two wildfires burning in counties north of the city, ash and smoke covered parts of the Bay Area and Northern California, turning the skyline a sepia color.

One of the fires, dubbed the County Fire, spread with explosive speed over the weekend. It started Saturday afternoon in Yolo County and fueled by shifting winds had grown to 32,500 acres, sprawling out to neighboring Lake and Napa counties by Sunday evening, according to Cal Fire.

Only 2 percent of the fire was contained as of Sunday evening and the cause is under investigation, according to a Cal Fire incident update.

Mandatory evacuations and road closures in affected areas are in effect and 116 structures are threatened, according to Cal Fire.

Firefighters were also trying to put out another fire called the Pawnee Fire, which burned 14,500 acres in Lake County. That fire is now 73 percent contained after damaging 22 structures.

As thousands of firefighters battled the two fires, smoke drifted into nearby areas, discoloring the sky and showering parts of the San Francisco Bay Area with ash, leaving cars that had been parked outside, dusted with white and gray specks.

"Ash can be found on cars that were out overnight in San Francisco," tweeted J.R. Stone, a journalist with CNN affiliate KRON. "It is also yellow out."

The concentration of smoke is expected to last through Monday, according to the National Weather Service Bay Area.

The conditions have also sparked concerns about people using fireworks during July Fourth celebrations, as Cal Fire warned never to light fireworks near dry grass and to have a bucket of water and hose ready.