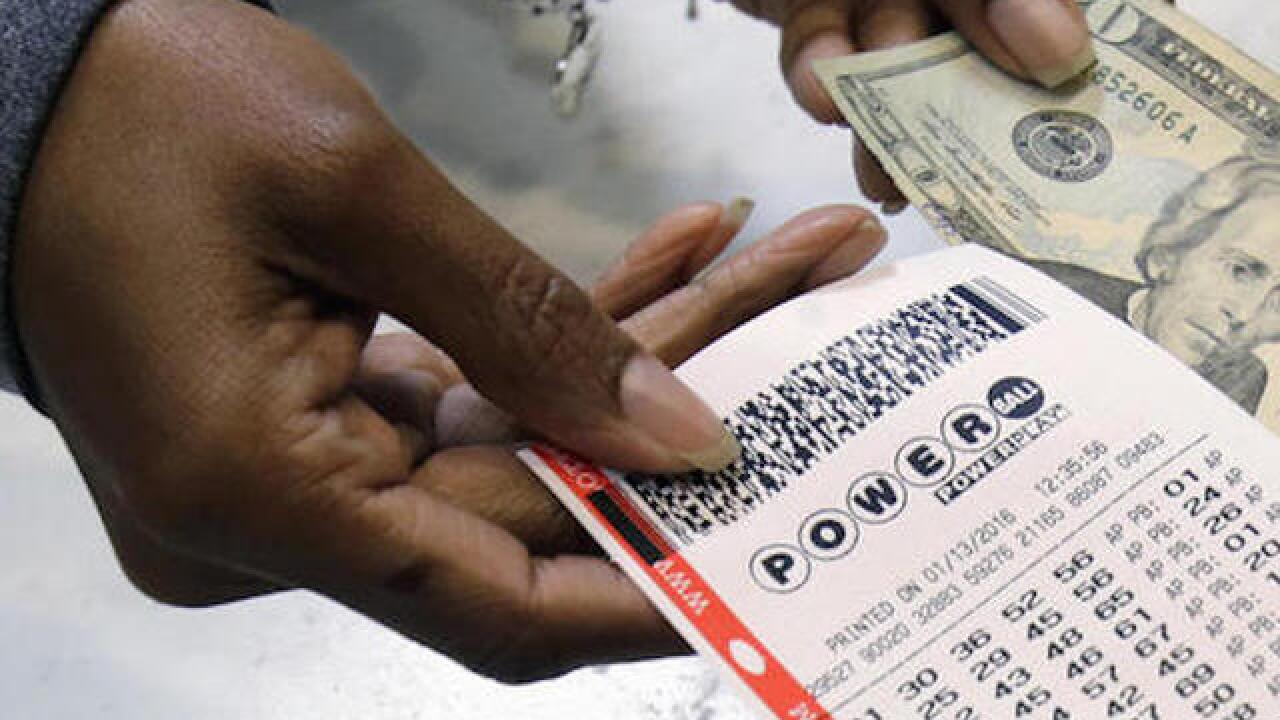 Copyright Associated Press
Tony Dejak
<p>In this Jan. 13, 2016 file photo, a clerk hands over a Powerball ticket for cash at Tower City Lottery Stop in Cleveland. The Associated Press has learned that the group that runs Powerball approved, then backed off, changes that would have given ticket buyers more bang for their two bucks than the game redesign implemented last year. In October, Powerball managers changed the game's matrix in a bid to build bigger jackpots to revive lagging player interest and ticket sales. (AP Photo/Tony Dejak)</p>

Carole Hedinger, the New Jersey Lottery's executive director, said the ticket was bought last Tuesday from a 7-Eleven in a residential neighborhood in Trenton, away from the highways that bring thousands of state office workers into the region each day.

"Most of our customers are regulars, people who live nearby," said store owner Andrea Shinn, who received a $30,000 bonus for selling the ticket. "I don't want to speculate on who may have the ticket, but everyone is excited for the winner, excited that we're the store that sold the winning ticket. It's great for the Trenton community to have something positive going on."

The purchaser bought two $2 tickets, one each for drawings held last Wednesday and Saturday, and spent an extra $1 on each ticket to get the "Power Play" option that multiplies the winnings. Lottery officials say the purchaser chose the lump sum option over an annuity, making the ticket worth $284 million.

The person who holds the ticket has not yet come forward.

Most customers of the convenience store are locals, who come in a few times a week to buy coffee or a soda and maybe a sandwich or snack. That's led area residents to speculate that the person who holds the winning ticket may be living among them.

"I kind of feel like I was this close to winning because I got my tickets at the same place the winner did," said Lori Strango, holding two fingers close together as she stood outside of the 7-Eleven store, amazed by the mass of media that was at the store on Monday morning for a news conference staged by New Jersey Lottery officials.

"People are saying this is a lucky store, and the people here are great, so I bet their ticket sales and business will be shooting through the roof now."

Hedinger recommended that the person sign the back of the ticket and bring it to the lottery headquarters in Trenton, where officials can safeguard the ticket and start the validation process. Meanwhile, the ticket holder can seek advice from financial experts and other professionals.

The ticket is the largest single jackpot winning ticket sold in New Jersey and the sixth largest in Powerball history.

Unlike January's $1.6 billion Powerball jackpot, which was shared by three winning tickets, only one winning ticket will claim Saturday night's prize. It was not immediately known if that ticket was held by one person or multiple people.

Seven tickets from Saturday night's drawing matched five numbers and claimed $1 million, including three in New York, two in Illinois and one each in California and Virginia.

Powerball is played in 44 states plus Washington, D.C., Puerto Rico and the U.S. Virgin Islands.