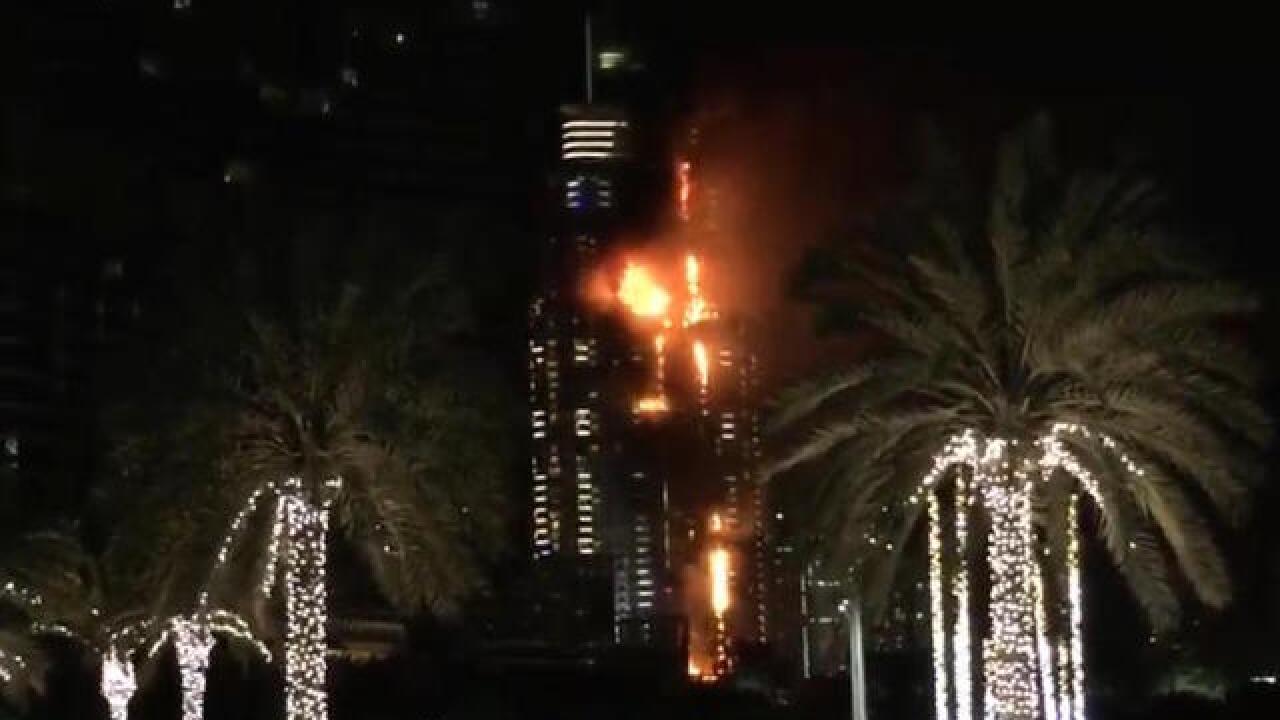 As New Year's Eve celebrations were getting started in downtown Dubai, a fire suddenly engulfed a 991-foot tall hotel.

The Address Downtown Dubai hotel, located less than one mile from the world's tallest building, began burning as hordes of revelers were in the hotel and the street. Early reports indicated about 14 people had been injured in the fire.

Witnesses took photos of the blaze and shared them on social media. Below are several incredible images captured by people in the city for the holiday.

Please by some miracle let everyone be okay - this is NOT what this view was meant for #Dubaifire pic.twitter.com/Y0SNCQy1hd

Live from #Dubai 90% of the fire is now under control and everyone is safe there. Fireworks will continue normally pic.twitter.com/5Vp0P8ziw9

Flames moving away from Burj Khalifa. Fire still going strong. Not sure if firework show still going ahead @vicenews pic.twitter.com/Xu3zAg3Lr6