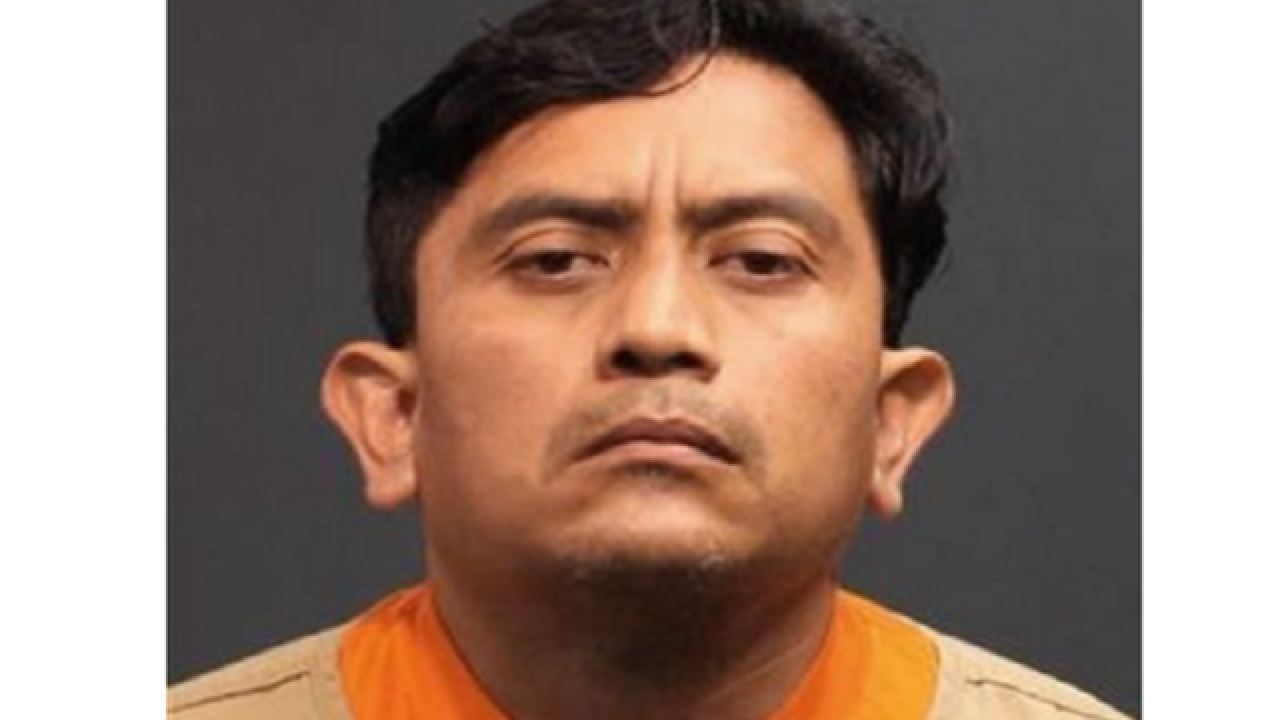 FULLERTON, Calif. (AP) — A woman testified Wednesday that a man told her not to yell when he first raped her when she was still a girl, an assault that came before a 10-year abduction during which she had to marry the man and have his child.
The now-26-year-old woman took the stand in an Orange County courtroom in the trial of Isidro Garcia, 42, who is charged with raping and abducting her in 2004 when she was 15.
Garcia, then her mother's boyfriend, had already touched her inappropriately once soon after she arrived at her mother's home in California from Mexico, she testified. He told her not to tell or she would get in trouble and he would call immigration authorities. Soon after her 15th birthday, she said he called her to the bedroom and locked the doors.
"I knew that something bad was going to happen," she testified through a Spanish interpreter. "I just tried to get away but he told me, 'Remember, you cannot yell."
The Associated Press does not name victims in alleged sexual abuse cases.
Garcia, who has pleaded not guilty, looked down at times during the testimony and shook his head. He says the girl ran away with him willingly to escape an unhappy home life and changed her story years later when she regretted her choice and began reconnecting with her family on Facebook.
The case drew widespread attention in 2014 when the now-grown woman went to authorities near her home in Los Angeles County and told them she was the teen reported missing by her mother a decade earlier.
Authorities said Garcia gave the girl fake identification and eventually married and had a child with her, telling her she would be arrested and deported if she tried to leave. But neighbors said Garcia seemed happy with his wife and worked hard to support his family — an image his lawyer also presented to jurors last week by showing them photos of the smiling couple getting married and celebrating their daughter's birthday.
On Wednesday, the woman took the stand following testimony from her sister and mother about how Garcia began to favor her soon after she arrived from Mexico in February 2004, buying her clothes, shoes and a computer. Both said the attention he paid her sparked fights between the girls' mother and Garcia.
The day he called her to the bedroom, the woman told jurors, Garcia took off their clothes and grabbed her and threw her on the bed. She told him she didn't want to, but he continued, she said.
Afterward, he told her to take a shower and he went to wash the bloody sheets, she said. She went to her room and cried.
Garcia had sex with her at least six times before they left the two-bedroom apartment the family was renting in an immigrant neighborhood in Santa Ana in August 2004, she said.
She said she began smoking and acting rudely to her mother and others, adding that she blamed her mother for what had happened to her because Garcia was her boyfriend.
Garcia is charged with rape, kidnapping and lewd acts on a child. If convicted of the kidnapping charge, he could face a life sentence.
Garcia's attorney has said his client acknowledges having an inappropriate sexual relationship with the teen but did not rape or abduct her. He said Garcia adored his wife and worked hard at jobs as a janitor and machine operator to provide for his family and took family trips to Disneyland and Las Vegas.
The alleged victim is expected to continue her testimony on Thursday afternoon.
Associated Press 2016