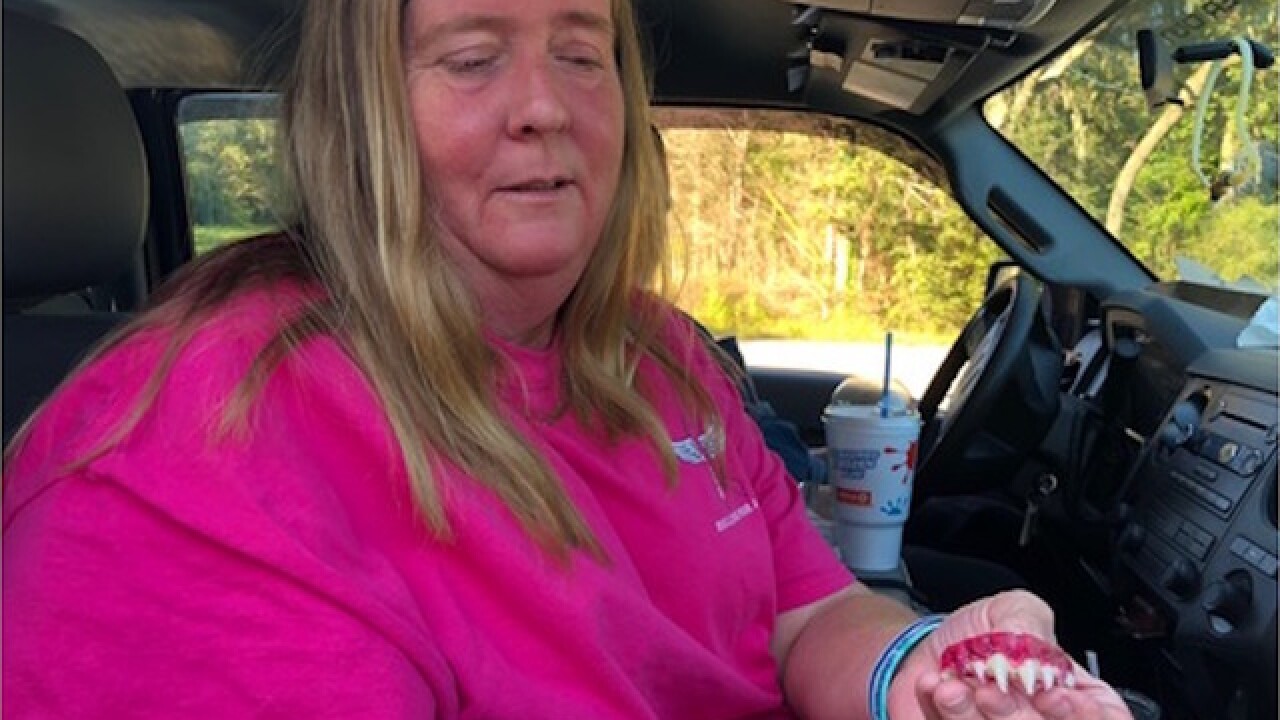 An Alabama woman says the temporary teeth that she wore with her zombie Halloween costume almost turned into permanent teeth.

Anna Tew of Mobile County, Alabama told WKRG-TV she was forced to schedule an emergency dentist appointment after the $3 "Devil Teeth" she wore with her costume wouldn't come out after nearly a day.

Tew said she bought the fake teeth at Walmart to wear with a zombie costume as part of a haunted house at a local school. The teeth came with an adhesive that she applied before putting them in her mouth.

But soon after leaving the haunted house, Tew realized the teeth wouldn't budge. On top of that, the teeth were extremely painful, meaning she couldn't eat or drink.

At one point, Tew thought that drinking hot coffee would loosen the adhesive, but she told the Ledger-Enquirer that she ended up "drooling" the drink.

Eventually, Tew was forced to schedule an emergency dentist appointment. The dentist told her there was a possibility that the teeth would have to be sawed or drilled off — without Novocaine, for fear that her regular teeth could accidentally be removed with the fake teeth.

Ultimately, the dentist was able to remove the teeth by simply pulling them out, still an extremely painful process. She says she won't use the false teeth again.