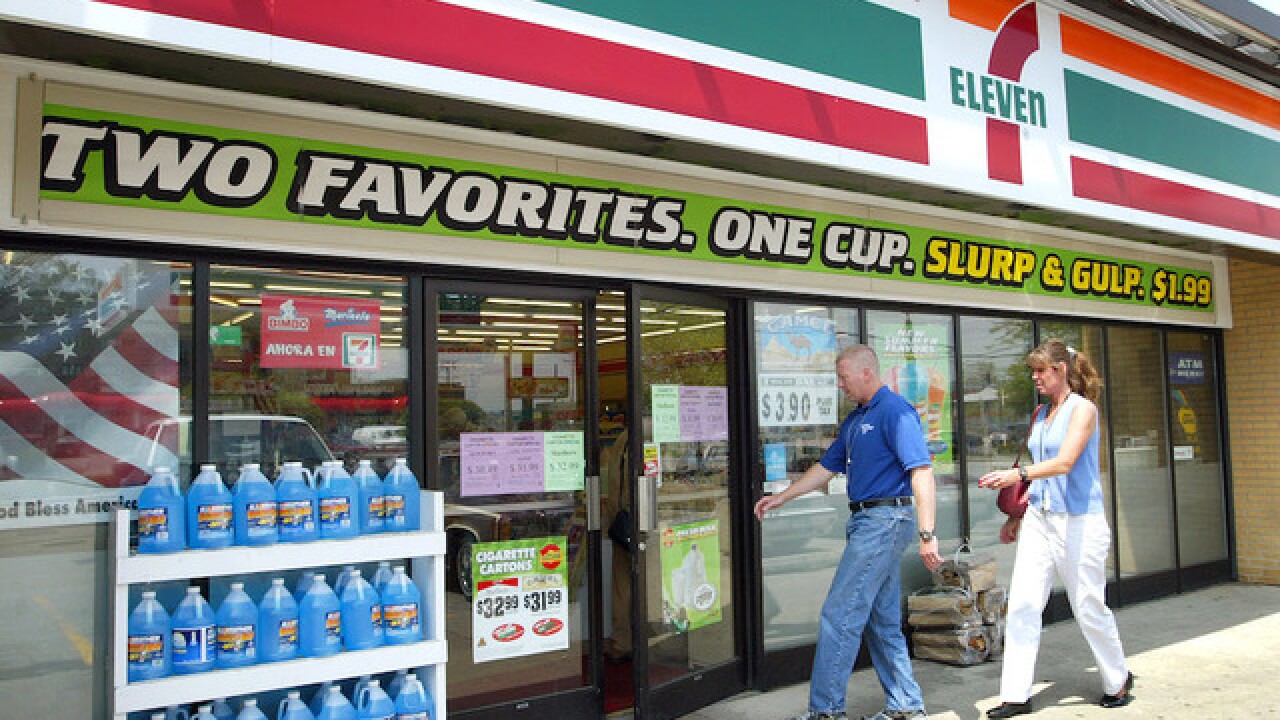 Copyright Getty Images
Tim Boyle
<p>DES PLAINES, IL - MAY 9: Customers walks towards the entrance to a 7-Eleven store May 9, 2003 in Des Plaines, Illinois. Dallas, Texas-based 7-Eleven, Inc., the world's largest convenience store operator, reported on May 9, 2003 total sales for April 2003 of $897.0 million, an increase of 7.4 percent over the April 2002 total of $835.5 million, the 70th consecutive monthly increase in U.S. same-store sales. (Photo by Tim Boyle/Getty Images)</p>

A Utah woman is being accused of robbing a convenience store customer who was in the midst of having a seizure, KSTU-TV reported .

The incident took place on October 4 in Midvale, Utah. The woman allegedly took the man's credit card as he was on the floor of a 7-Eleven suffering from a seizure. On Friday, police released footage of the incident.

Police told KSTU that the woman grabbed the man's wallet, and removed the credit card before walking out of the store. The woman never called for help for the man, and used the man's credit card shortly after the theft.

The woman has a tattoo on her right arm. Employees at the the 7-Eleven told KSTU that the woman is a regular customer but haven't seen her since the theft.