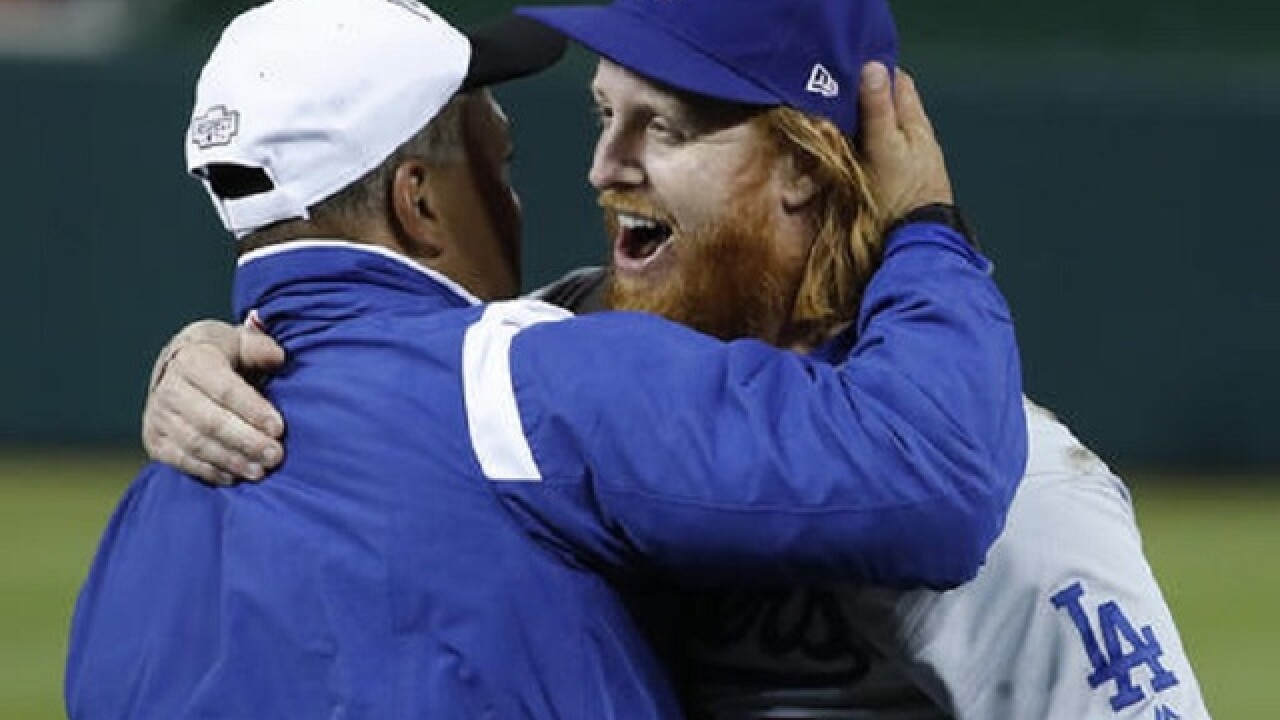 Two of baseball's best pitchers made very few mistakes in the opening game of the World Series, as the Los Angeles Dodgers edged the Houston Astros 3-1 in Los Angeles.

Dodgers starter Clayton Kershaw pitched seven strong innings, giving up a measly three hits and one run. Kershaw, a three-time Cy Young winner who missed almost six weeks during the regular season with a bad back, struck out 11 batters in the first six innings.

"It felt good. It's a tough lineup over there," Kershaw said. "They are a great fastball hitting team. You just have to make sure you don't make too many mistakes."

Dallas Keuchel started for the Astros and allowed three runs on just six hits in 6 2/3 innings.

The two left-handers each breezed through the opponent's lineups, except for pitches that ended up hit into the stands.

The Dodgers took a 1-0 lead in the bottom of the first when leadoff hitter and NLCS co-Most Valuable Player Chris Taylor cranked a home run into the left field stands. It was his third home run of the postseason and the first Keuchel had given up in the postseason.

Astros third baseman Alex Bregman led off the top of the fourth with a homer to tie the score at 1-1.

In the bottom of the sixth, Justin Turner muscled a two-run home run to left with two outs to give the Dodgers a 3-1 lead.

Relievers Brandon Morrow and Kenley Jansen recorded six consecutive outs to close out the game, which lasted only two hours and 28 minutes.

The temperature for the first pitch of the game -- shortly after 5 p.m. PT -- was 103˚ Fahrenheit, the hottest ever for the start of a postseason game.

Game 2 of the best-of-seven series is Wednesday at 8 p.m. ET. American League Championship Series star Justin Verlander will start for the Astros against Rich Hill of the Dodgers.

Games 3 and 4 are Friday and Saturday night in Houston.

Texas Gov. Greg Abbott made a friendly wager with California Gov. Jerry Brown on the outcome of series.

Abbott is betting a six-pack of Houston-brewed beer and Texas BBQ, while Brown is putting up a selection from wineries in Mendocino, Napa and Sonoma counties, which have been impacted by devastating wildfires.

Abbott will also be making a donation to the recovery and relief efforts for the wildfires.