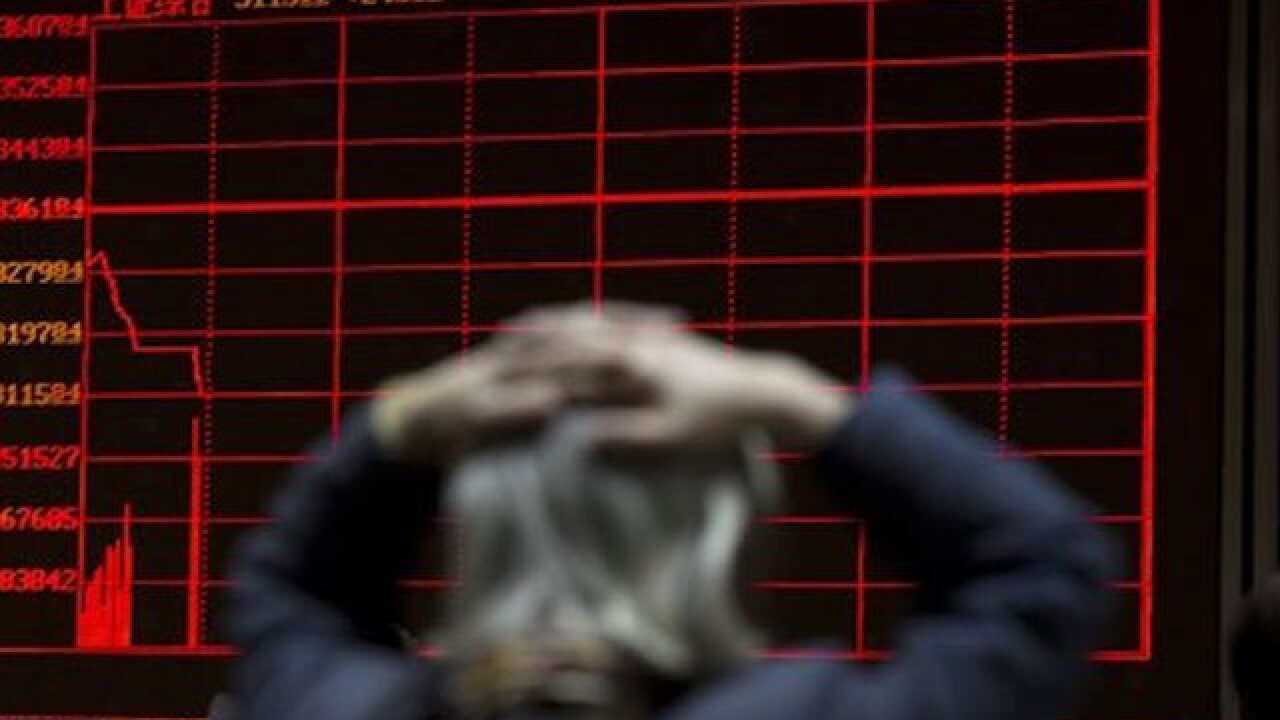 NEW YORK (AP) — U.S. stocks are slipping Thursday on spreading fears about the health of China's economy, and financial and industrial stocks were among the hardest hit. The market recovered from heavier losses early in the morning.

China's stock market sank about 7 percent Thursday after the yuan fell to its lowest level against the dollar since March 2011. Trading was automatically suspended as a result. That set off a slump in Asian and European stocks.

Earlier in the day the Dow was down more than 300 points.

China's stock market has skidded this year as the government prepares to remove measures that were introduced last year to prop up share prices after a meltdown in June. Investors are also concerned that the government is letting the yuan get weaker because that may be a bad sign for the health of China's economy, the second-largest in the world.

China's market regulators said Thursday they will suspend a mechanism that automatically halts trading when stocks fall sharply. The halts, which went into effect at the beginning of the year, were triggered twice this week.

The price of oil steadied after reaching long-time lows. U.S. crude dipped 6 cents to $33.91 a barrel in New York. On Wednesday it closed at its lowest price since December 2008. Brent crude, a benchmark for international oils, rose 11 cents to $34.34 a barrel in London. It has been trading at 11-year lows.

The price of gold and silver both rose more than 1 percent, with gold at $1,103.90 an ounce and silver at $14.16 an ounce. Those prices have been falling for years, but gold prices have recovered recently and are at their highest price in about two months.

The price of copper fell 2 percent, however. Copper producer Freeport-McMoRan lost 34 cents, or 5.6 percent, to $5.83.

Some retail stocks performed well. Macy's, which lost half its value since July, rose $1.18, or 3.3 percent, to $37.33 after the company said it will close 40 stores and eliminate more jobs.