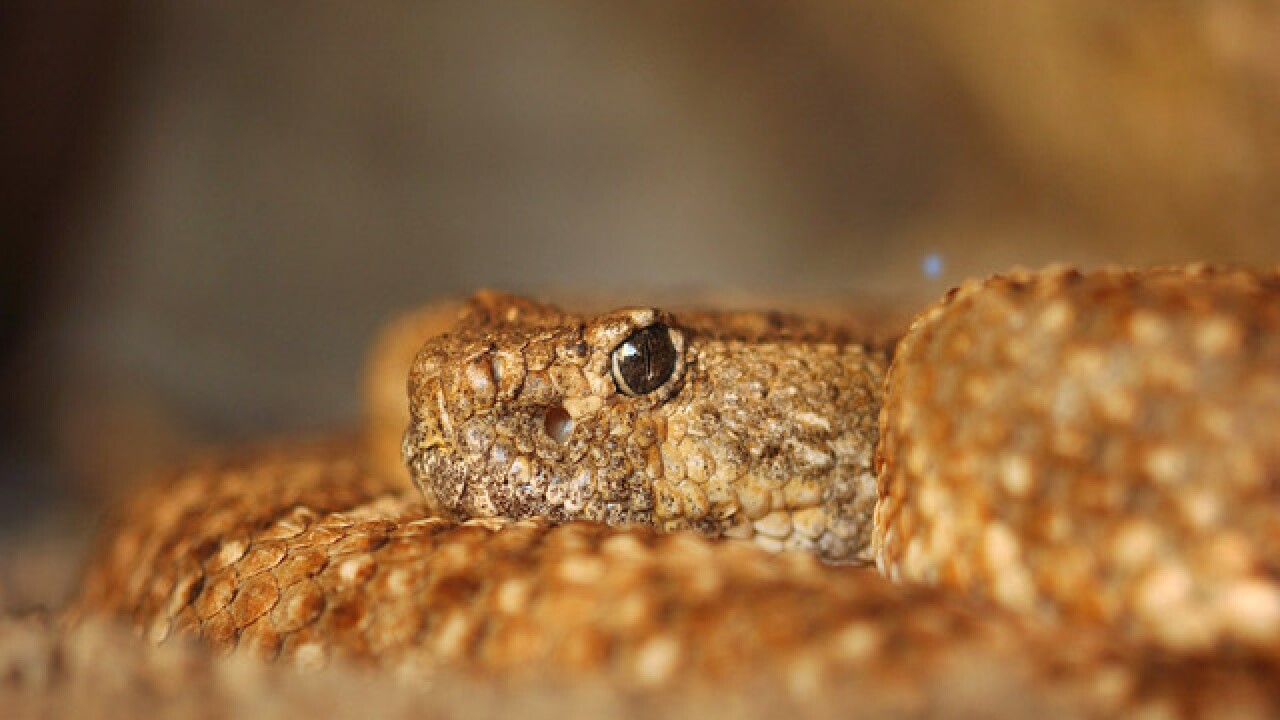 Copyright Associated Press
David McNew
<p>JOSHUA TREE NATIONAL PARK, CA - MAY 15: A red diamondback rattlesnake lies coiled among the rocks in the hour before a totally eclipsed moon rises over the desert on May 15, 2003 in Joshua Tree National Park, California. It has been three years since North Americans last witnessed the moon completely darkened by the earth's shadow. (Photo by David McNew/Getty Images)</p>

NOXEN, Pa. (AP) — Dozens of serpents have been collected as a part of an annual Rattlesnake Roundup in northeastern Pennsylvania.

Thirty-nine of the 59 registered hunters brought in a rattlesnake to Noxen during the weekend. Eight poisonous copperheads and 20 nonvenomous snakes were also hauled in.

The largest dark phase and light phase rattlesnakes both came in at nearly 4½ feet. The heaviest rattlesnake weighed 4 pounds, 1.8 ounces, and one hunter brought in a rattlesnake with 13 rattles.

The largest nonvenomous snake was a black rat snake that measured nearly 6½ feet.

The four-day event sanctioned by the Pennsylvania Fish and Boat Commission was first held in 1973 and raises money for the Noxen Fire Department and other local groups.

The snakes are returned to their natural habitat.