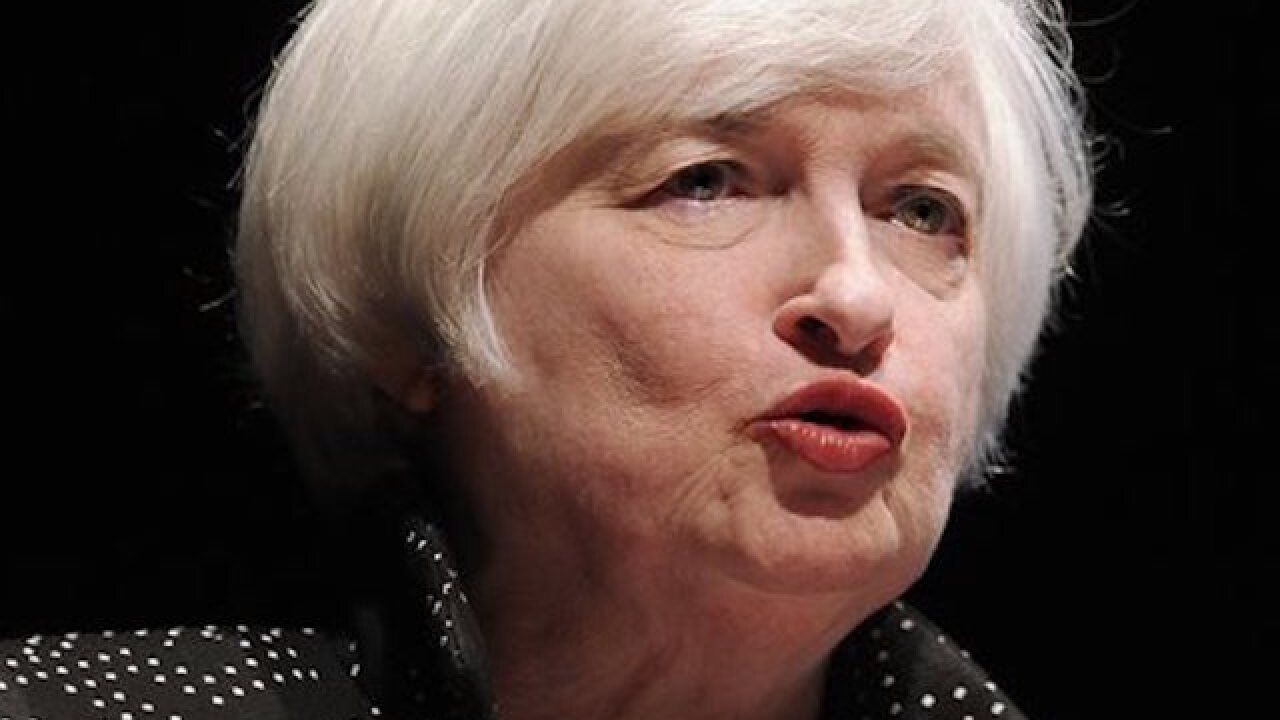 WASHINGTON (AP) — Federal Reserve Chair Janet Yellen cautioned Thursday that global economic pressures pose risks to the U.S. economy but said it's too soon to know whether those risks are severe enough to alter the Fed's interest-rate policies.

Yellen said the Fed will determine at its next meeting in March how much economic weakness and falling markets around the world have hamstrung U.S. growth. And for a second day, Yellen was asked about the possibility that the Fed would use negative interest rates as a way to give the economy more support.

She repeated that the Fed had studied the prospect of deploying negative rates in 2010 but had decided then not to use them to try to boost the economy. But she said the Fed thought it should study the issue again now that other central banks, including in Europe and Japan, are using negative rates to try to step up lending and energize growth.

"In light of the experience of European countries and others that have gone to negative rates," Yellen said, "we are taking a look at them again because we would want to be prepared in the event we needed" to nudge rates below zero to try to fuel borrowing and spending.

Yellen stressed that any Fed decision to employ negative rates in the United States was not imminent. She said that while the financial landscape has darkened since the Fed's December rate increase, reversing course from gradually raising rates to cutting rates is "not what I consider the most likely scenario."

The Fed chair acknowledged that the central bank has been surprised by how much energy prices have dropped and the U.S. dollar has risen in value since mid-2014.

"We have been surprised in part by those developments, and they have played a significant role in holding down inflation," Yellen said.

The Fed has tied further rate increases to further evidence that it's moving toward achieving its goal of having inflation rise at a rate of 2 percent annually. For nearly four years, the Fed has fallen well short of that target, in part because of sinking energy prices and a stronger dollar, which lowers the cost of imported goods.

Yellen's testimony Thursday to the Senate Banking Committee followed an appearance Wednesday before the House Financial Services Committee. On both days, Yellen cautioned that global pressures could depress the economy's growth and slow the pace of Fed rate hikes.

On Thursday, Sen. Charles Schumer, D-N.Y., challenged Yellen on the pace of future rate hikes. Schumer argued that pushing ahead too quickly with more rate hikes would be a mistake given that wage growth is just now showing signs of picking up. The senator said another concern was that rate increases could further boost the dollar's value at a time when a strong dollar has been depressing the exports of American manufacturers.

Yellen said that in December, when the Fed raised its key rate by a quarter-point after it had remained at a record low near zero for seven years, there were signs that wages were improving.

"We expect that wages will move up at a somewhat faster pace" now that the unemployment rate has fallen significantly from levels reached during the recession.

On other issues, Yellen on Thursday:

— Said it was premature to say whether the risks of a recession have risen in light of recent economic weakness. "We have seen global economic and financial developments that may well affect the U.S. outlook," she said. "I think it is premature at this point to decide exactly what the consequences ... will be."

— Was pressed by Sen. Elizabeth Warren, D-Massachusetts, to provide assurances that the Fed will reveal whether any of the nation's largest banks provide inadequate living wills this year to banking regulators. The living wills are required by the 2010 Dodd-Frank Act. They're intended to make sure the largest banks have adequate plans that will allow them to be shut by regulators, if necessary, without destabilizing the financial system.