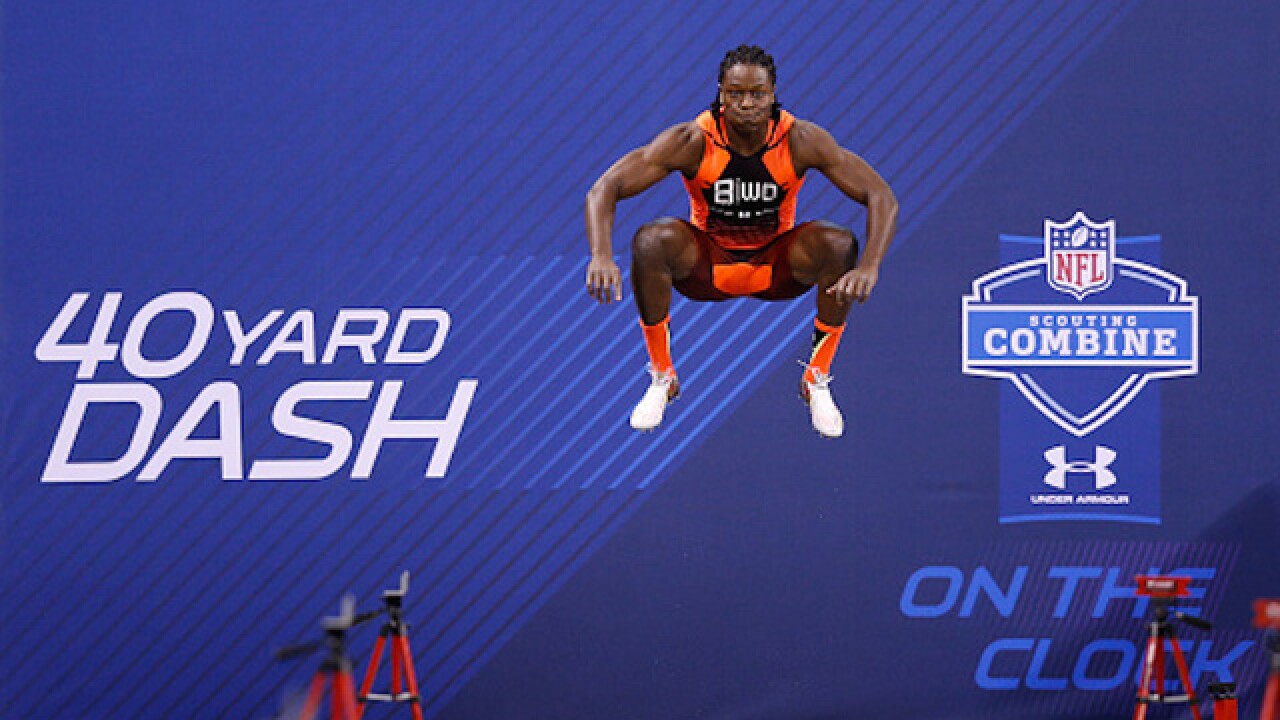 The NFL Scouting Combine is often described as the most difficult job interview on Earth. Prospects are expected to deliver the best workout of their entire lives in front of dozens of scouts and millions of strangers across the world.

A few extra seconds on a 40-yard dash time could cost a player millions of dollars On top of that, they’re subjected to intelligence tests and countless hours of media interviews.

But according to a number of former and current NFL players, that’s not even the worst part.

Prospects also spend much of the week meeting with officials from all 32 teams in a job-interview type situation. On Tuesday, former Jacksonville Jaguar Austen Lane shared some of the questions he was asked by NFL teams when he was at the combine in 2010. He says he was asked about everything from his hair style to his underwear.

When a scout at the combine asked me... "If you could kill someone and not get caught, would you?" pic.twitter.com/mwK5UX8gvW

When a coach made the statement during my combine interview... "I see you have dreads, you smoke weed don't you?" pic.twitter.com/fu2BLm55uF

When a scout asked me at the combine if I had to murder someone: Would I use a gun or a knife? pic.twitter.com/R5BHMxiDM7

When a scout at the combine asked me "boxers or briefs". pic.twitter.com/6IwjeszYBD

When a scout at the combine asked me if I thought my mother was attractive. pic.twitter.com/FPwc6OVdtj

Lane wasn’t the only prospect to be asked about his mother at the NFL Combine that year. According to Sports Illustrated, former Dolphins GM Jeff Ireland asked receiver Dez Bryant if his mother was a prostitute.

Sex seems to be a common theme in Combine interview questioning. In 2014, quarterback Blake Bortles was asked if he had a girlfriend — and if the interviewers could join her for dinner. In 2010, defensive tackle Geno Atkins was asked if he was gay or straight, and in 2015, defensive end Obum Gwacham was asked when he lost his virginity.

Maybe the biggest head-scratcher came from the Cleveland Browns in 2014, when they asked multiple prospects to name all the things they could do with a paperclip.

And you thought your last job interview was difficult.