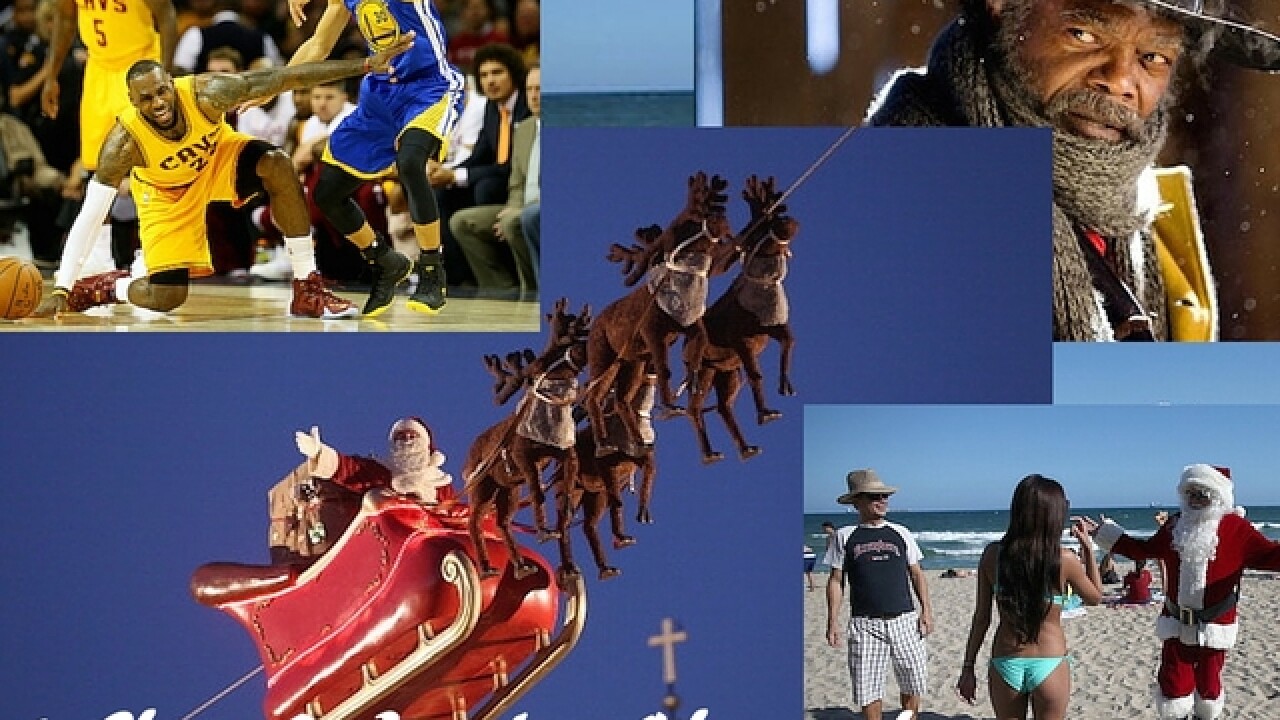 The bad news? It looks like most of America won’t be having a “White Christmas” this year. The good news? Clear skies this week will mean smooth sailing for Santa, his reindeer and the USPS.

The Weather Channel is predicting that Friday will mark the warmest Christmas in “living memory,” with temperatures reaching into the 80s in the southeast.

Those traveling can expect the weather to cooperate at the beginning of the week, but next weekend could be a different story. Showers are expected to follow the warm weather throughout the midwest and south.

While the NFL has claimed Thanksgiving and college football has taken New Year’s, Christmas has evolved into the NBA’s holiday. This year, the league has scheduled five games for December 25, all of which can be seen on National TV. The day kicks off at noon with Pelicans/Heat and culminates with a 10:30 matchup of crosstown rivals in the Lakers and Clippers.

The highlight of the day will come at 5 p.m., when LeBron James and the Cleveland Cavaliers travel to Oakland to take on the Golden State Warriors in a rematch of last season’s Finals matchup.

And in sticking with the Christmas theme, all 10 teams playing on Friday will wear special “Christmas card” jerseys — complete with an NBA wax seal on the back.

Hollywood has a lot of presents for movie-lovers under the tree this week, highlighted by Quentin Tarantino’s “The Hateful Eight.”

After scoring on “Silver Linings Playbook” and “American Hustle,” Bradley Cooper, Jennifer Lawrence and director David O. Russell team up again. “Joy” tells the story of a woman’s rise in the business world and the effect it has on her Italian-American family.

Finally, Will Smith returns to the silver screen this week in the somber sports movie “Concussion.” The film explores a doctor’s true story in which he lobbies the NFL to adopt safer practices to protect players from the debilitating effects of concussions.