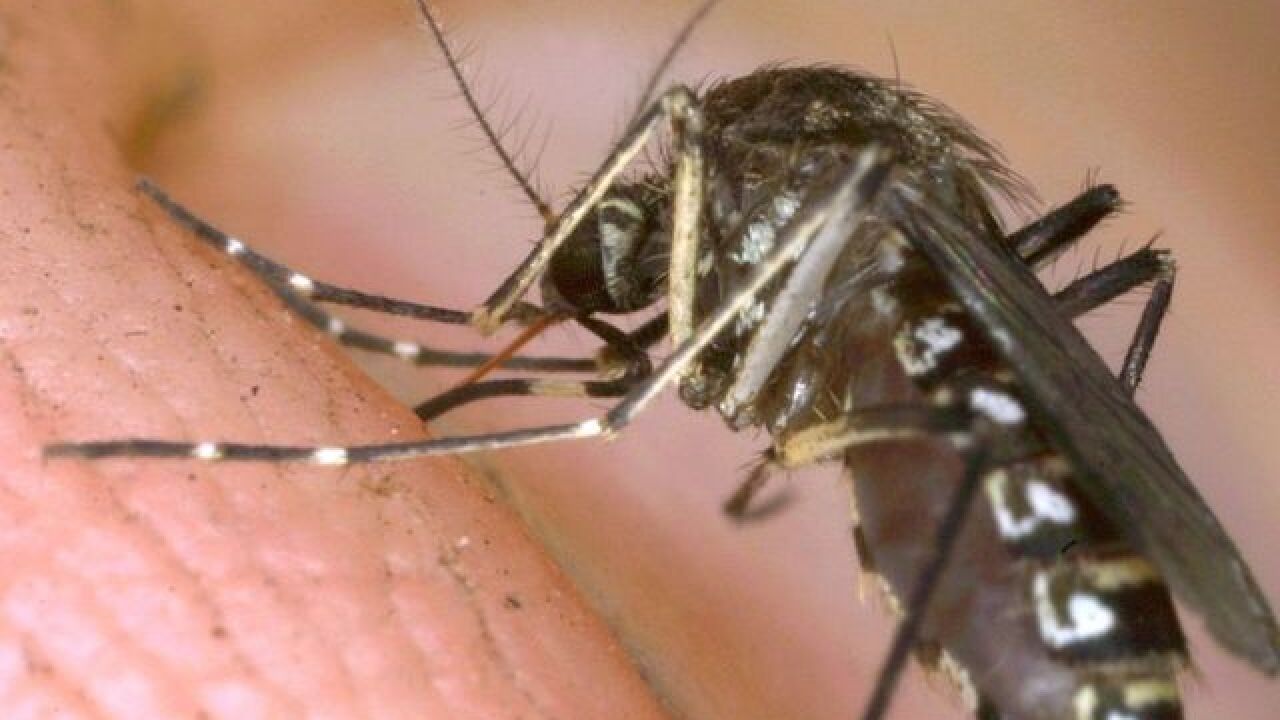 RIO DE JANEIRO (AP) — U.N. and U.S. health officials tell The Associated Press that Brazil has yet to share enough samples and disease data needed to answer the most worrying question about the Zika outbreak: whether the virus is actually responsible for the increase in the number of babies born with abnormally small heads in Brazil.

The lack of data is frustrating efforts to develop diagnostic tests, drugs and vaccines. Laboratories in the United States and Europe are relying on samples from previous outbreaks. Scientists say having so little to work with is hampering their ability to track the virus' evolution.

One major problem appears to be Brazilian law. At the moment, it is technically illegal for Brazilian researchers and institutes to share genetic material, including blood samples containing Zika and other viruses.

"It's a very delicate issue, this sharing of samples. Lawyers have to be involved," said Dr. Marcos Espinal, director of communicable diseases in the World Health Organization's regional office in Washington.

Espinal said he hoped the issue might be resolved after discussions between the U.S. and Brazilian presidents. He said WHO's role was mainly to be a broker to encourage countries to share but so far Brazil had probably provided fewer than 20 samples.

"There is no way this should not be solved in the foreseeable future," he said. "Waiting is always risky during an emergency."

Last May, as the first cases of Zika in Brazil were emerging, President Dilma Rousseff signed a new law to regulate how researchers use the country's genetic resources. But the regulatory framework hasn't yet been drafted, leaving scientists in legal limbo.

"Until the law is implemented, we're legally prohibited from sending samples abroad," said Paulo Gadelha, president of the Oswaldo Cruz Foundation, Brazil's premier state-run research institute for tropical diseases. "Even if we wanted to send this material abroad, we can't because it's considered a crime."

The ban does not necessarily mean foreign researchers can't access samples. Some were shared with the United States, including tissue samples from two newborns who died and two fetuses recently examined by the Centers for Disease Control and Prevention. But a U.S. official said that wasn't enough to develop accurate tests for the virus or help determine whether Zika is in fact behind the recent jump in the number of congenital defects. The spike in cases prompted WHO to declare an international emergency Monday.

Given the drought of Brazilian samples, public health officials across the world are falling back on older viruses — or discreetly taking them from private patients.

The U.S. official, who shared the information on condition of anonymity as he was not authorized to speak publicly, said the CDC was relying on a strain taken from a 2013 outbreak in French Polynesia to perfect its Zika tests. U.S. researchers trying to sequence Zika's genetic code have been forced to rely on virus samples from Puerto Rico for the same reason, he said.

In England, researchers are using samples drawn from Micronesia, the site of an outbreak in 2007. The French are relying on samples from Polynesia and Martinique. In Spain, scientists have a Ugandan strain of Zika supplied by the United States. Even Portugal, Brazil's former colonial master, doesn't have the Brazilian strain; the National Health Institute in Lisbon said its tests relied on a U.S. sample from the 1980s, among others.

Some researchers are bypassing Brazil's bureaucracy by getting samples sent to them for testing by a private lab, said Dr. Jonas Schmidt-Chanasit, an expert on mosquito-borne diseases at the Bernhard Nocht Institute for Tropical Medicine in Hamburg.

"It's almost impossible to get samples from the country," Schmidt-Chanasit told AP, referring to Brazil. "It's not going via official government channels. Our source is simply the rich people who want a diagnosis."

In public, health leaders have been eager to boast about their excellent collaboration. WHO's chief, Dr. Margaret Chan, said after Monday's meeting that Brazil and the United States were working "very closely" on studies. When asked about sample sharing, Dr. Anthony Fauci, the director of the U.S. National Institute of Allergy and Infectious Diseases, told AP: "I don't think it's an issue."

Behind-the-scenes, it was another story.

"WHO has gotten zero from them, no clinical or lab findings," one of the officials said.

All four spoke on condition of anonymity because they were talking without authorization.

Ben Neuman, a virologist at Reading University in England, said thousands of samples — or hundreds at a minimum — were needed to track the virus and determine how it's changing. "Science only works when we share," he said.

"This isn't a unilateral issue; it's a global problem," he said, adding he hoped the current crisis would speed efforts at international cooperation, which has long been an issue in outbreak response efforts.

More than a decade ago, WHO faced a similar problem when Indonesia refused to hand over bird flu samples, arguing that Western scientists would use them to make drugs and vaccines the country couldn't afford. At the time, Brazil had a leading role in ending the impasse, helping to broker an agreement ensuring developing countries were guaranteed access to products developed from shared viruses.

Lawrence Gostin, director of WHO's Collaborating Center on Public Health Law and Human Rights at Georgetown University, said there are no rules that force governments to hand over viruses, tissue samples or other information.

"If countries don't share, the only repercussions they face are public condemnation," he said.