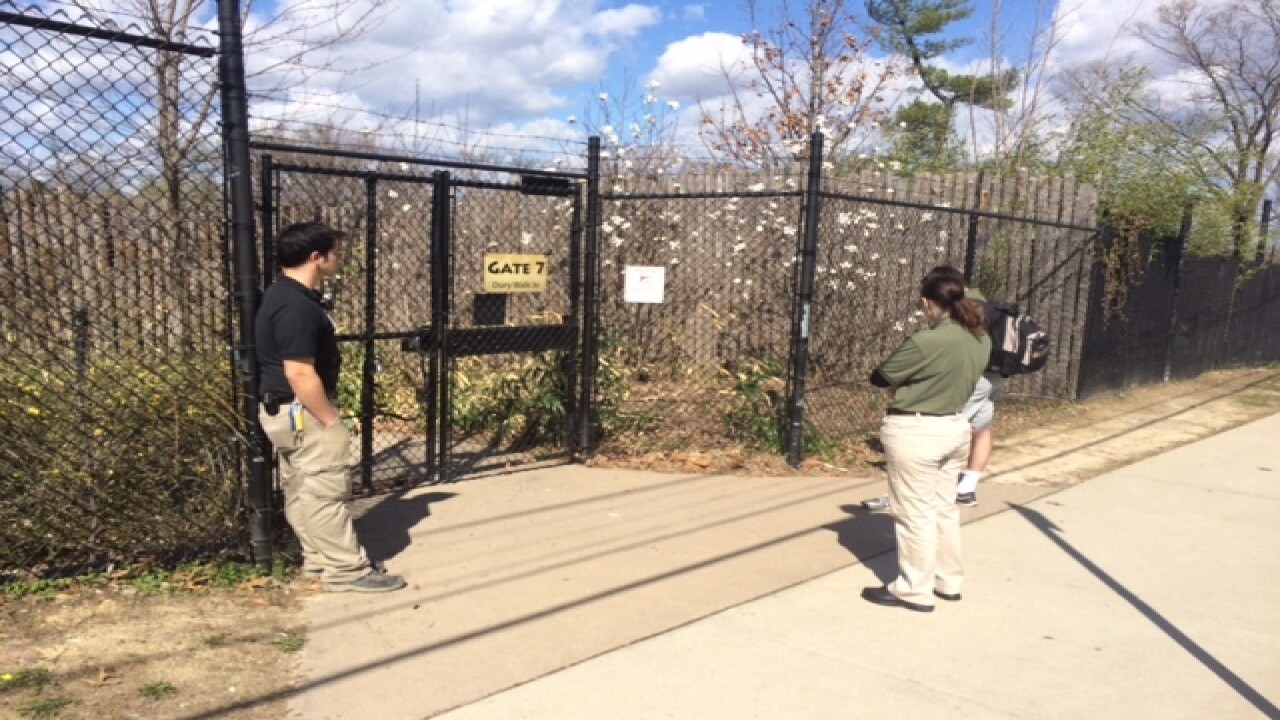 CINCINNATI — Cincinnati Zoo security confirmed that a polar bear escaped its enclosure but was still fully contained and did not put visitors at risk.

The polar bear, Berit, "breached behind the containment area" at around 11:30 a.m. Wednesday, according to zoo spokeswoman Michelle Curley.

There is no risk or injuries to any visitors or staff, Curley said. As a precaution, public visitors were moved indoors.

"The situation is ongoing and under control," Curley said in an email. "Visitors are safe to leave the park if they choose."

Polar bear Berit breached behind the scenes area but was never loose in zoo. Situation is ongoing & under control- visitors & staff are safe

In 1990, Cincinnati Zoo polar bear keeper Laurie Stober was attacked by Icee , an 800-pound polar bear. The bear chewed off her forearm and swallowed it. She was awarded $3.5 million in a lawsuit.