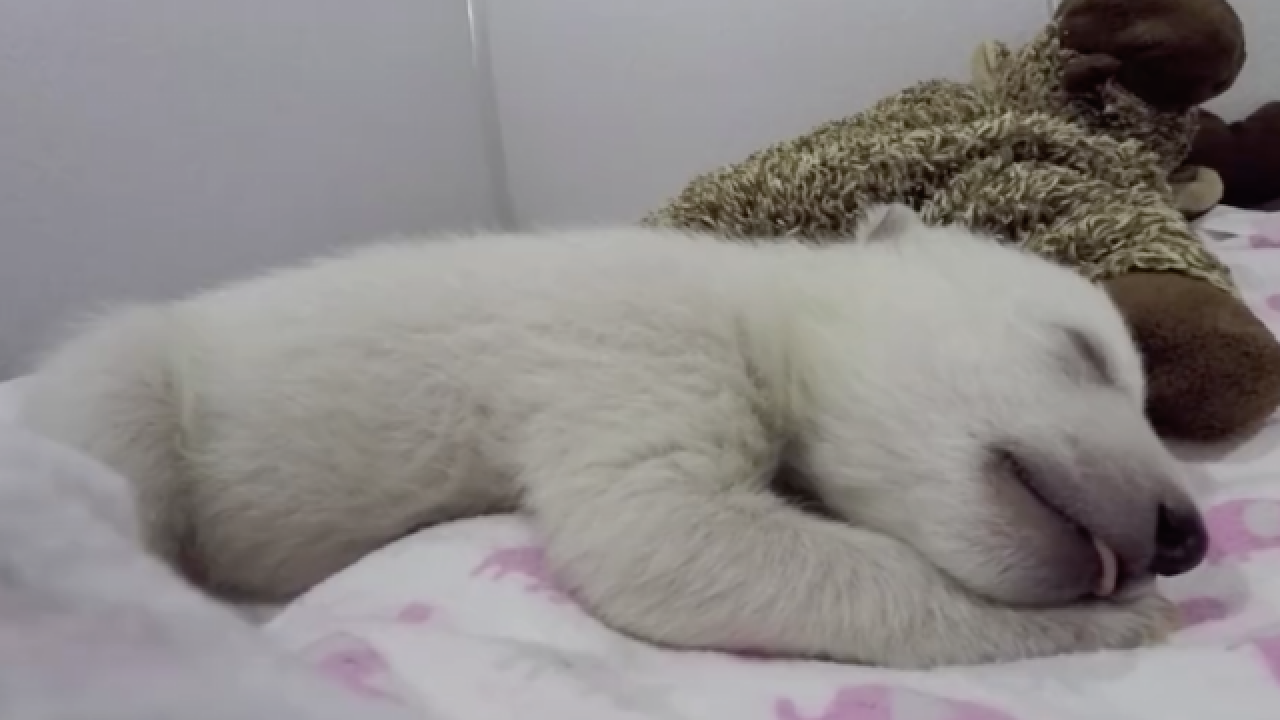 After an online vote that included residents from 115 countries, the Internet has spoken and named the Columbus Zoo and Aquarium's new polar bear "Nora," the zoo announced Friday.

More than 88,000 participated in the online vote, which ended Wednesday.

The polar bear, which was born at the zoo in November, has become a social media sensation, with videos of the polar bear being viewed millions of times on the zoo's Facebook page. The polar bear is still receiving around-the-clock care from the zoo's animal hospital. The zoo says it hopes to allow visitors to see her in the spring, but will follow her cue.

The zoo said that Nora now weighs 18 pounds, and is learning how to run and gallop.

“While she does possess some of her infant qualities, she is starting to become independent and play with her new, big bear enrichment items,” said Shannon Morarity, assistant curator at the Columbus Zoo.

Aurora, Nora's mother, had two baby cubs, but only one survived. The survival rate for polar bears is 50 percent, according to the Columbus Zoo.

Drumroll please… the polar bear cub’s name is NORA! Thank you to everyone who voted. We received more than 88,000 votes from across 115 countries. Nora is a blending of her parents’ names, Nanuq and Aurora, and the Zoo staff thinks it suits her well. Follow Columbus Zoo and Aquarium on Facebook for more updates on Nora as she continues to grow!

Posted by Columbus Zoo and Aquarium on Friday, February 5, 2016