Poland offers $2 billion to US to create 'Fort Trump' base 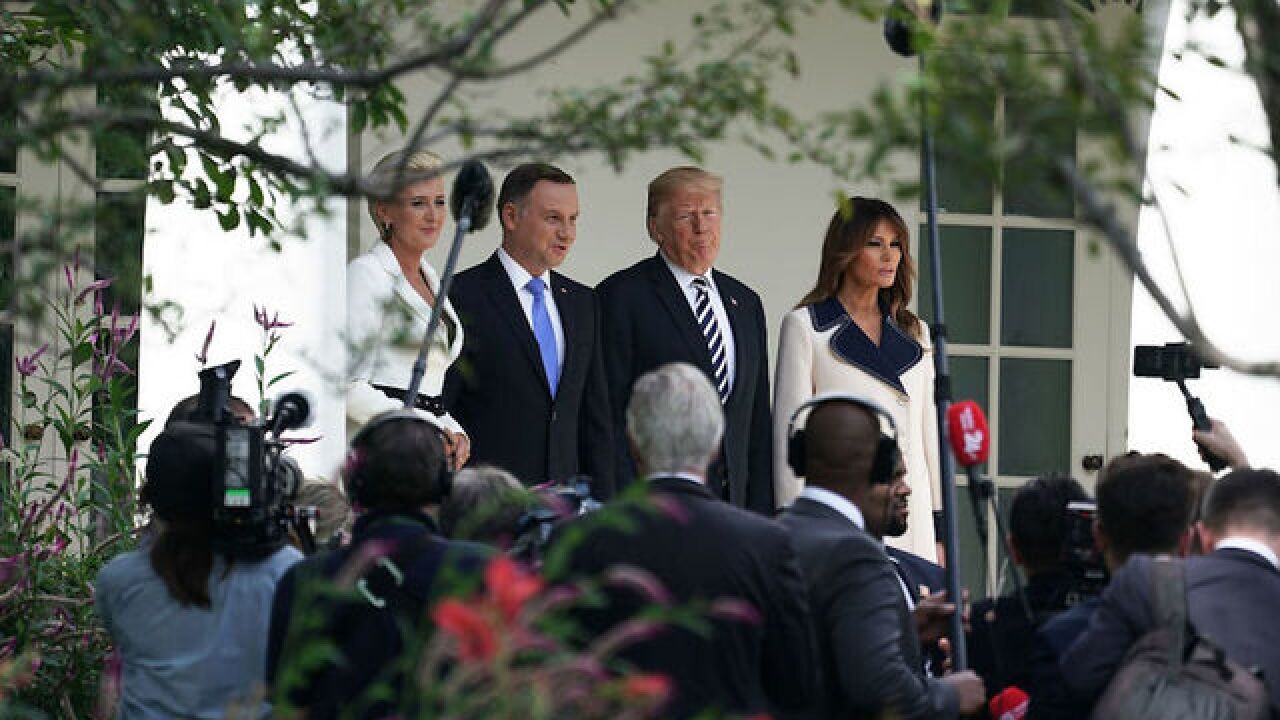 Image copyright 2018 Getty Images. All rights reserved. This material may not be published, broadcast, rewritten, or redistributed.
Alex Wong
<p>U.S. President Donald Trump (3rd L), first lady Melania Trump (R), President Andrzej Sebastian Duda (2nd L) of Poland and his wife Agata Kornhauser-Duda (L) stop to pose for photos after the Dudas' arrival at the White House September 18, 2018 in Washington, DC. While Trump made Poland the first stop on his European tour last year, Duda is on his first trip to the White House. </p>

Polish President Andrzej Duda urged President Donald Trump on Tuesday during a joint news conference to deploy more US troops and military equipment to Poland, even suggesting the US establish a permanent military base and name it "Fort Trump."

"I invite you to post more American military troops in Poland," Duda said, calling a US presence a "guarantor of security."

Duda suggested building a permanent US base in Poland and said he would name it "Fort Trump."

"I firmly believe that this is possible," Duda said, saying it would be both in US and Polish interests.

Trump said he is considering Poland's request to establish a permanent US base in that country, but added that Poland "would pay the United States."

Trump said Duda had offered the US more than $2 billion to set up a base in Poland.

"He would pay the United States, meaning Poland would be paying billions of dollars for a base," Trump said. "We're looking at that more and more from the standpoint of defending really wealthy countries."

"The President offered us much more than $2 billion," Trump said.