'$200 tax'? How auto dealerships could charge you more fees 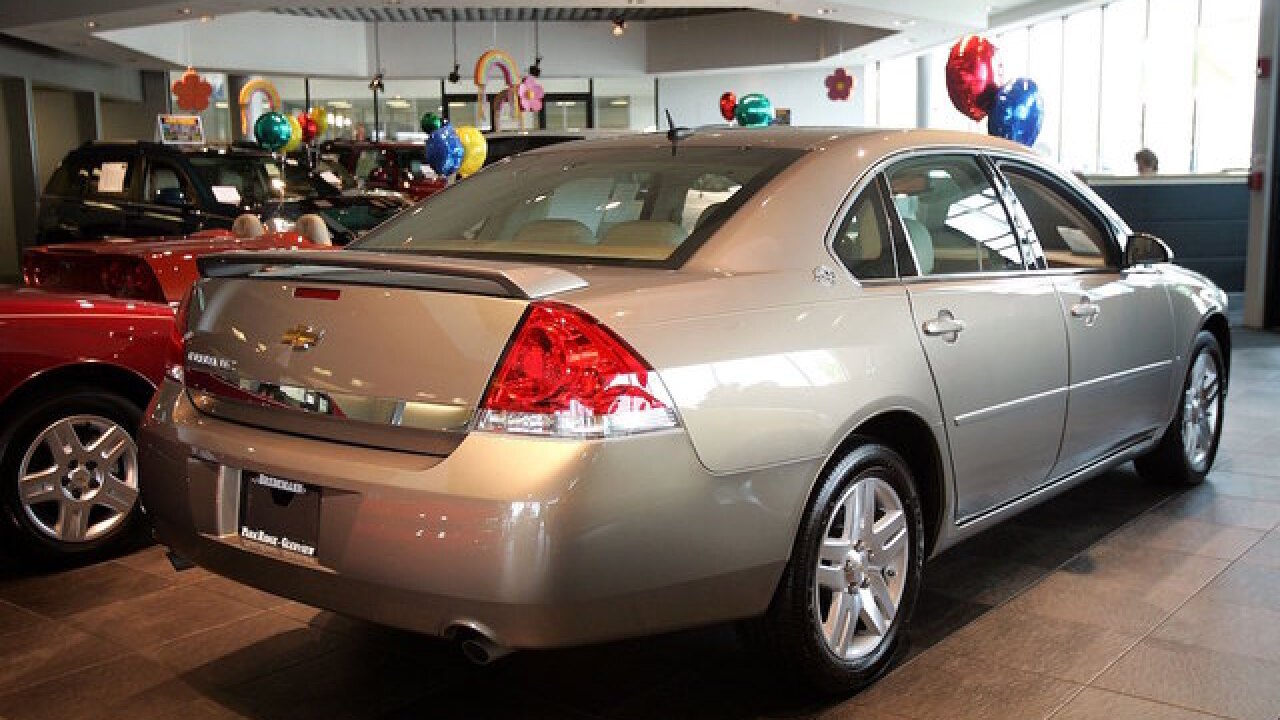 Copyright Getty Images
Tim Boyle
General Motors will stop production on six vehicles, and the Chevy Impala is one of them. The Impala debuted in 1958. (Pictured here is the 2006 model.) In 2014, the car was ranked No. 1 among the most-affordable large cars by U.S. News & World Report. There have been 10 generations of the Chevrolet Impala.

INDIANAPOLIS — If you’re planning on buying a new vehicle, it’s no secret the dealership is going to hit you with some fees.

Class-action lawsuits and a proposed amendment to a bill are on opposite sides of one of these fees -- a document preparation fee.

Those are the costs the dealership incurs with printing paperwork during a vehicle sale.

Current Indiana law allows for dealerships to charge for documentation preparation fees, but they’re limited in the expenses “actually incurred” for the preparation of the documents.

RTV6 has reached out to the Indiana Attorney General’s office.

There have been at least two class-action lawsuits related to the documentation fees, claiming the dealerships charged more than what it actually cost to prepare the papers.

Freeman recently introduced an amendment that would formally limit documentation fees to $200.

Vess Miller, an attorney with a firm that recently filed a lawsuit against a dealership for the fees, said they are a “$200 tax.”

“Right now, dealers are limited to what the actual cost of the document is, which is a few bucks,” Miller said. “What the new law is going to do is say, you can charge up to 200 bucks. It's a $200 tax that's going directly into the pockets of the dealers for doing nothing but filling in a few pages of forms."

Miller said the actual cost of putting those forms together would be about $2, nowhere near what consumers are being charged.

“People are being charged a variety of fees, but nothing close to what the actual cost would be,” he said. “In general, what they’re charging is $169, $199. All below this $200 threshold.”

But Freeman said the dealerships have responsibilities than what most people know about.

“The state requires the dealers to do a lot of paperwork,” he said. “They can now do BMV stuff – prepare the titles and get all that stuff to the appropriate places. There's a lot of moving parts here and quite a bit of work that dealers have to do when a car is purchased."

Freeman said under his amendment, the documentation fees charged by the dealerships could end up being less than $200, but he wanted to institute a cap and put it on the books.

Miller has also taken issue with the language in the amendment that would be retroactive. If it becomes law, the change would be in effect July 1, 2013.

He said lawmakers are trying to render the lawsuit moot.

“It’s like I got caught speeding – I was going 50 in a 30,” Miller said. “And instead of going in and paying my ticket, I go to the legislature and I say, ‘Change the speed limit where I was speeding, and make it apply in the past, as if it never happened.’”

But Freeman, who also works as an attorney in Indianapolis, said he hasn’t seen the lawsuit but he doesn’t see it the same way Miller does.

“God bless lawyers, right?” he said. “But this is a law firm trying to make a living and trying to earn a contingent fee on suing the state or suing the dealers or whoever they’re suing. They stand to earn a lot of money in this situation.”

RTV6 made multiple requests for comment from the Automobile Dealers Association of Indiana, but did not get a response.

The bill with Freeman’s amendment, HB 1237, overwhelmingly passed the Senate this week. It now heads back to the Indiana House.