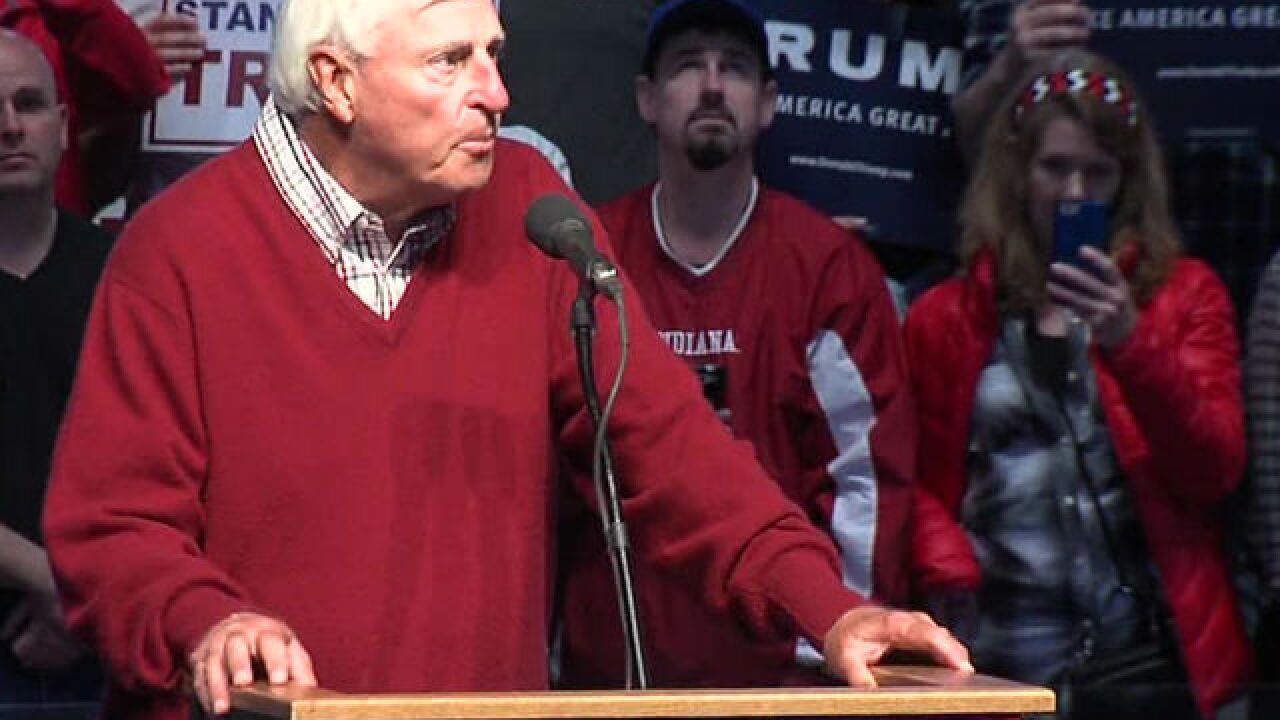 <p>Former IU coach Bob Knight joined Donald Trump at the rally one day after the New York billionaire swept all five GOP primary contests in Northeast Super Tuesday. The pairing certainly polarized RTV6 readers. Here are some of the best responses from the news.</p> <div>  </div>

WASHINGTON (AP) — President Donald Trump is headed back out on the campaign trail with rallies Friday in West Virginia and Indiana. In Indiana, he’ll have help from Hall of Fame basketball coach Bob Knight, who coached the Indiana University Hoosiers.

Trump teased Knight’s appearance in a tweet, saying: “Don’t tell anyone (big secret), but I will be bringing Coach Bobby Knight to Indiana. He’s been a supporter right from the beginning of the Greatest Political Movement in American History!”

Trump, Knight and Vice President Mike Pence will be stumping Friday for Republican Mike Braun, who is running against Sen. Joe Donnelly, D-Ind.

In West Virginia, Trump is campaigning for Republican Attorney General Patrick Morrisey, who is in a tight race with Sen. Joe Manchin, D-W.Va.