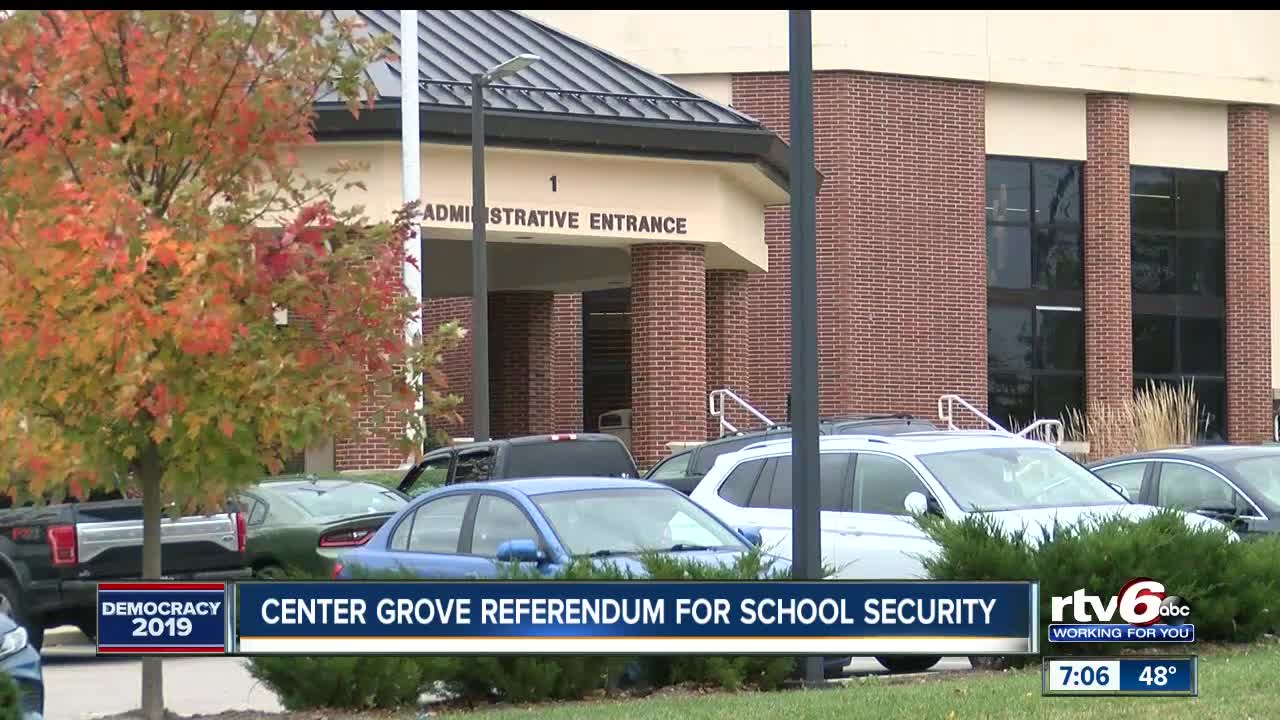 Center Grove school board members hope to pass a referendum in the upcoming election to increase school safety and security.

GREENFIELD — In one week, voters will be choosing candidates in mayor and council races, and in some communities, there are school referendums on the ballot. One of those is in Center Grove.

The school district is asking voters to approve the referendum to bring in $24.8 million over the next eight years to increase student safety and security.

A school board member told RTV6 that is a small price to pay to protect students. With these upgrades, he thinks Center Grove will be one of the safest districts in the state.

"I know it is a big ask, and we just hope they take a step back and look at it from a parenting side of things and maybe do what is best for all of the students here in the community," Joe Hubbard, Center Grove School Board Member, said.

"I would hate for something to happen to any student at this school and, being a school board member, not ask the community to vote on this," Hubbard said.

Not everyone thinks these upgrades are necessary.

RTV6 spoke with one woman who graduated from Center Grove and said the district already does a great job with safety and security.

"When I was in high school, everything was fine. If there was any chaos going on, it was handled very quickly, and the teachers were always right there to stop it," Kate Bell, who opposes the referendum, said. "Since I've been out of high school, there have been a lot of mass shootings and whatnot, but I think Center Grove is perfectly fine the way it is."

Center Grove is just one of five school districts in Central Indiana with a referendum on the ballot.