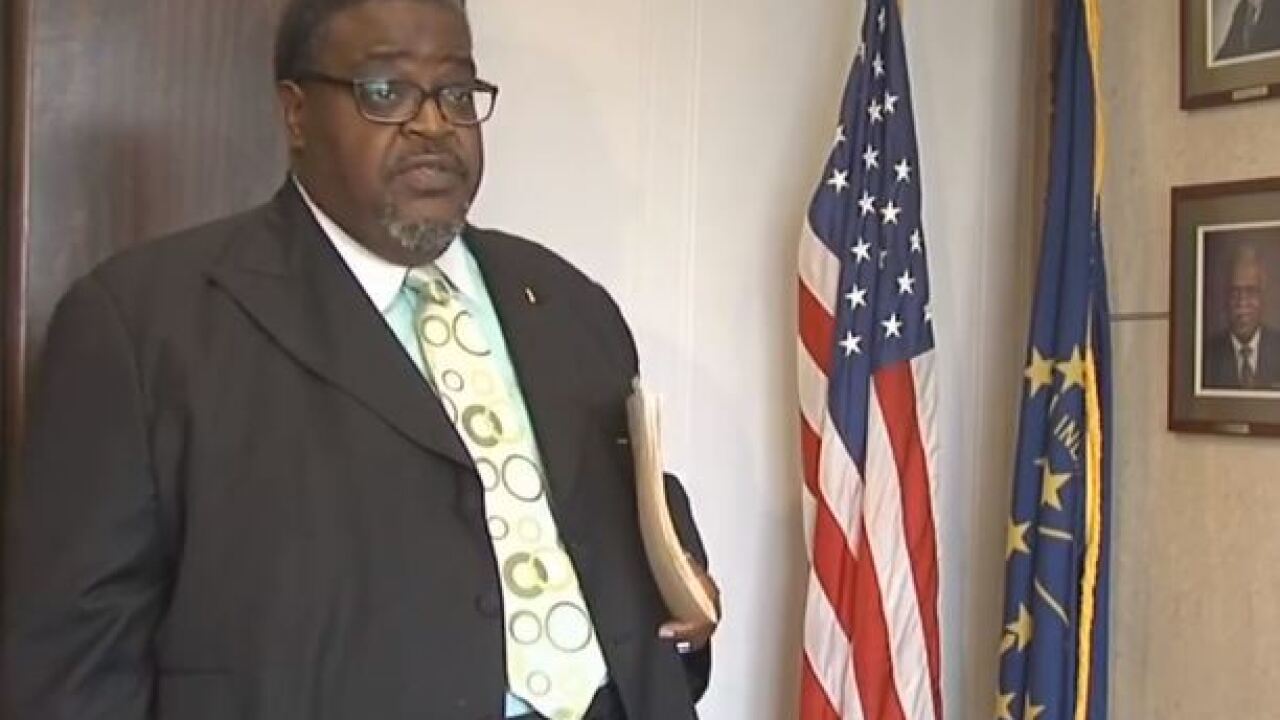 INDIANAPOLIS -- Indianapolis City-County Council President Stephen Clay has been expelled from the Democratic caucus, and is facing a lawsuit from some of his fellow Democrats on the council.

Eight Indianapolis City-County councilors have filed a lawsuit against Clay, saying Clay's firing of the clerk and attorney for the council was "illegal, unauthorized and autocratic."

"The clerk of the council and general counsel were elected by the council as a whole, and that's who they serve. So, we're asking that they be allowed to return to their jobs," said Karen Celestino-Horseman, attorney for fired employee.

The plaintiffs in the lawsuit include one of the fired employees and the following members of the council:

The lawsuit, filed in the Marion Superior Court, said Clay's firing of NaTrina DeBow and Fred Biesecker threw the council into "chaos" and prevented it from performing public business for the people of Marion County.

Lawyers for DeBow are requesting a temporary restraining order that would bar Clay from preventing the employees from entering the office and doing their jobs.

A few days after firing the employees, Clay held a press conference, showing shredded documents that were found in the offices of the fired staffers. Clay said the documents included "historical pay information" of employees and employee time sheets from 2010-2012.

Clay told reporters last week the firings are part of a transition and any new administration has the right to bring in its own staff.

"This is the decision made by the office of the president, it does not have to be done in caucus or in concert with anyone. So this decision is mine. I did it, I own it, and I stand behind it. Period," said Clay.

No court date has been sent, but meantime Democrats on the City-County Council expelled Clay from the caucus in a vote Wednesday evening. They allege Clay 'conspired' with Republicans when he lined up their support to win the presidency last month. Read that resolution below:

A City-County Council vote is scheduled for Feb. 19 to see if Clay will remain president, or be forced to step down. Democrats confirm they have the votes to elect someone else president.

If Clay is replaced, the clerk and staff attorney are expected to get their jobs back and RTV6 was told the lawsuit will be dropped.