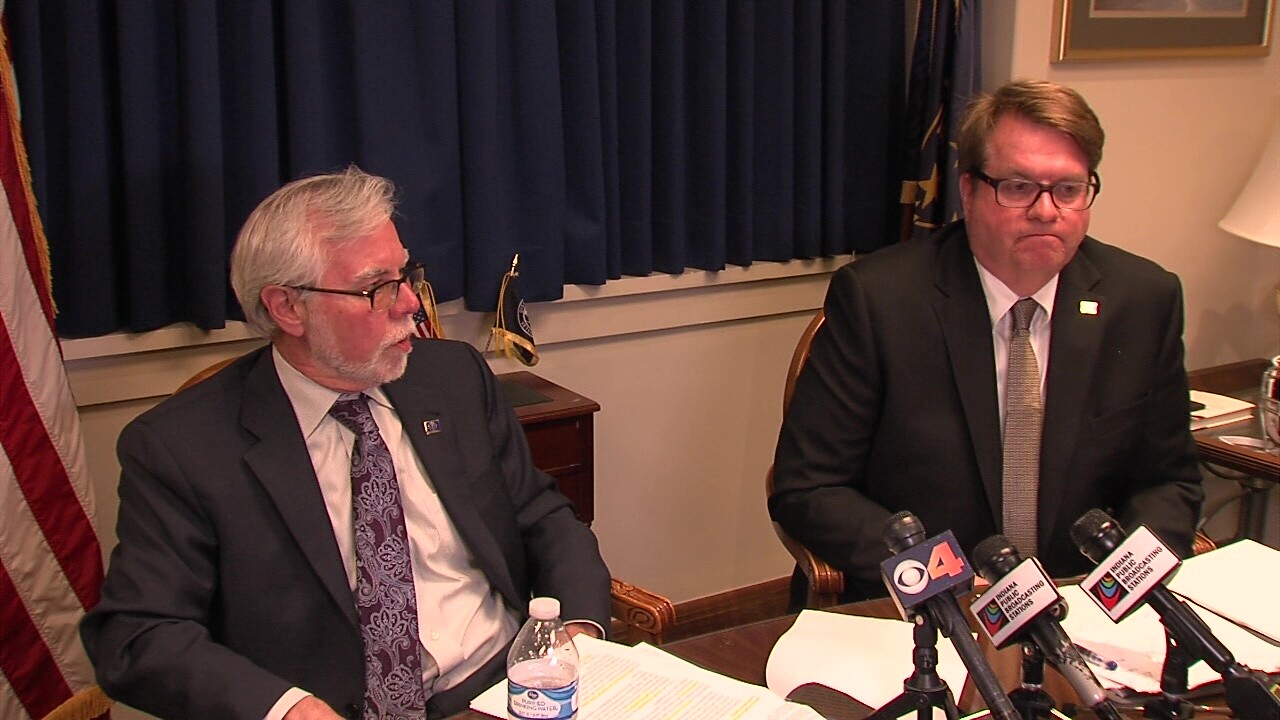 Democrats in the Indiana House and Senate remain critical of Gov. Eric Holcomb’s plan for raising teacher pay in the state, even after his proposal was announced Tuesday evening. <br/>

INDIANAPOLIS — Democrats in the Indiana House and Senate remain critical of Gov. Eric Holcomb’s plan for raising teacher pay in the state, even after he announced a multimillion-dollar proposal Tuesday evening.

At his annual State of the State address, Holcomb recommended using $250 million from the state’s budget surplus to prepay some of the general fund’s obligations to the teachers’ retirement fund. Doing so would free up about $50 million per year to be redirected to teacher pay for the next 15 years.

But he didn’t call for doing that right away. He wants to do it in 2021, the next budget session.

Lanane and House Minority Leader Phil GiaQuinta, D-Fort Wayne, were not necessarily critical of the plan to free up the funds, but moreso on the timing.

The difference – instead of paying on the teachers’ retirement fund up front, Tallian suggested stretching out the same amount of money over a longer term, similar to refinancing a house to get a lower rate. Paying less to the retirement find would mean more money from the general fund can go toward teacher pay.

Still, Tallian invoked her proposal in a statement after Holcomb’s speech.

“I am pleased that the governor saw the value in my teacher pay bill, Senate Bill 306,” Tallian said. “Unfortunately, his plan is only half the money and a year too late. We could absolutely enact this plan now and get that money to our Hoosier teachers this year. Our educators deserve an immediate pay raise.”

Holcomb and other Republicans have been reluctant to open the budget this year, instead wanting to wait until 2021. Lanane and other Democrats have advocated for making the budget move this year.

“There’s no law that says we can’t open the budget this year,” he said. “That’s just smoke and mirrors. We can do what we want to and we have in the past. There have been instances in short sessions where we’ve basically passed a mini-budget – opened up the budget, if you will.”

Holcomb’s recommendation can only happen through the general assembly. The legislature usually follows along with his proposals, but it’s not necessarily a done deal. The extra $50 million wouldn’t necessarily go toward teacher pay, unless the legislature makes that call.