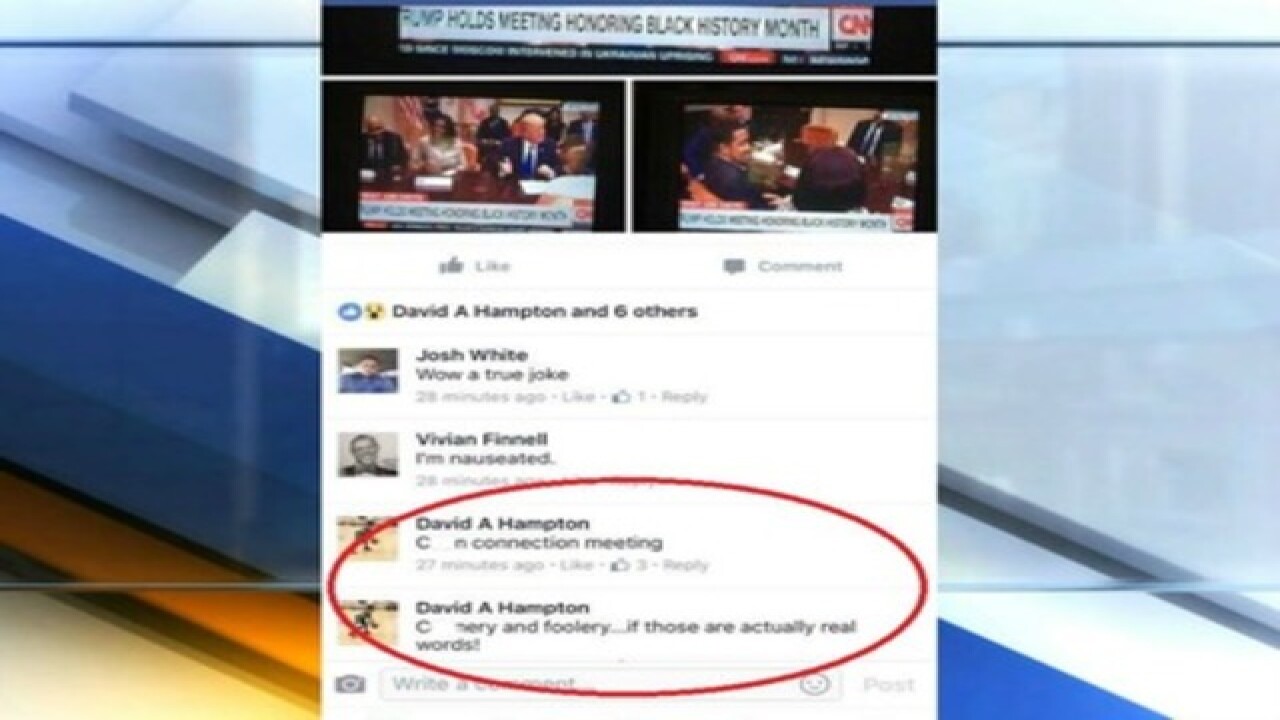 Deputy Mayor Dr. David Hampton referred to a meeting President Trump had with African-Americans in Washington on the first day of Black History Month as a “c**n connection meeting” and “c**nery and foolery.” In his apology, he said, "My personal comment was isolated, and does not reflect the Hogsett administration. I take full responsibility for my words, in poor taste."

“I condemn these comments in the strongest possible terms. Dr. David Hampton’s comments are unacceptable, especially from an elected official. Our city’s leaders and institutions should stand together in condemnation.
Mayor Hogsett, you need to act.”

Hogsett said Thursday morning he hadn't had a chance to talk to Hampton about the comments yet.

"I was profoundly disappointed in his choice of words," Hogsett said. "Even though it's a personal post and I'm sure it was intended to go only to a friend or a comment made in his personal capacity, when he does speak on social media, it may very well be interpreted by many as speaking on behalf of the administration. I want to make it clear to David that that is not the case."

He said he's not sure yet about possible discipline. He said he's not aware of any formal social media policy the city has, but this could be the opportunity to implement one.

Last September, Dr. Hampton found himself at the center of a social media firestorm when he posted on Facebook about a police shooting in Tulsa, Okla. Hampton’s comments drew the attention of Indianapolis police. He removed that post and issued a statement saying he was proud to serve with the local law enforcement.