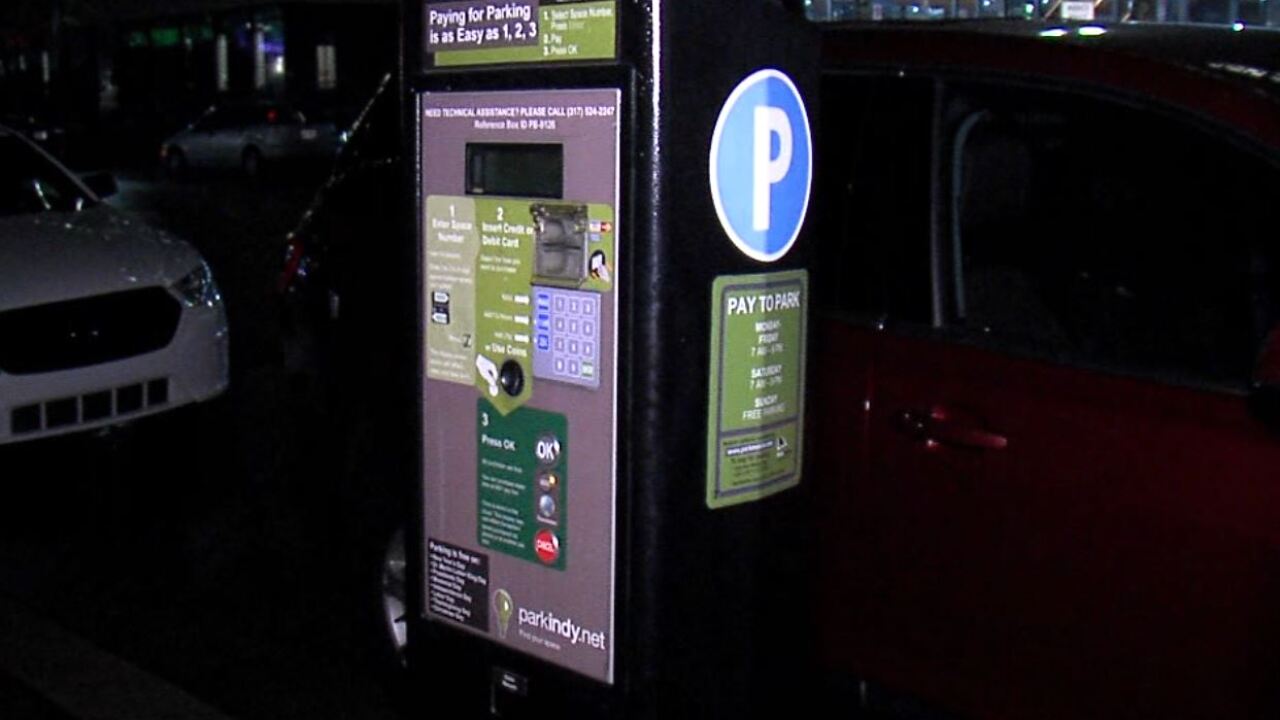 Copyright 2018 Scripps Media, Inc. All rights reserved. This material may not be published, broadcast, rewritten, or redistributed.
RTV6
The Public Works Committee of the City-County Council is pushing forward with a proposal to extend parking meter hours in parts of Indianapolis.

INDIANAPOLIS – Want to park in downtown Indianapolis or Broad Ripple past 9 p.m.? You’re going to have to pay for it.

The Indianapolis City-County Council approved Monday night a proposal that will extend the time for the city’s parking meters to 11 p.m., rather than the current 9 p.m.

The ordinance, which was initially proposed by City-County President Vop Osili and Vice President Zach Adamson, passed with a 21-3 vote.

Under the new rules, you will have to pay to park Monday-Saturdays between 7 a.m.-11 p.m.

The initial proposal had included Sundays under the new parking rules, but it was removed from the proposal last month.

It hasn’t been specifically determined what the extra money raised from the parking meters will fund, but enhanced street sweeping and curbing Indianapolis’ homeless problem are the expected issues.

The extra money toward the initiatives wasn’t enough for Councilor Jared Evans, D-District 22. Evans said 60-70 percent of the raised money will go to the parking meter company, something that gave him heartburn, he said at the meeting. He voted no on the proposal.

Evans said he supports the initiatives to curb homelessness, but felt the proposal wasn’t given enough time. Evans declined to elaborate on his vote after the meeting.

“He brought up some very good points,” Adamson said. “That’s one of the reasons why I like having him on the council, because he does often bring up really good points.”

Editor's Note: A previous version of this story incorrectly identified Councilor Jared Evans as Zach Evans. We apologize for the error.