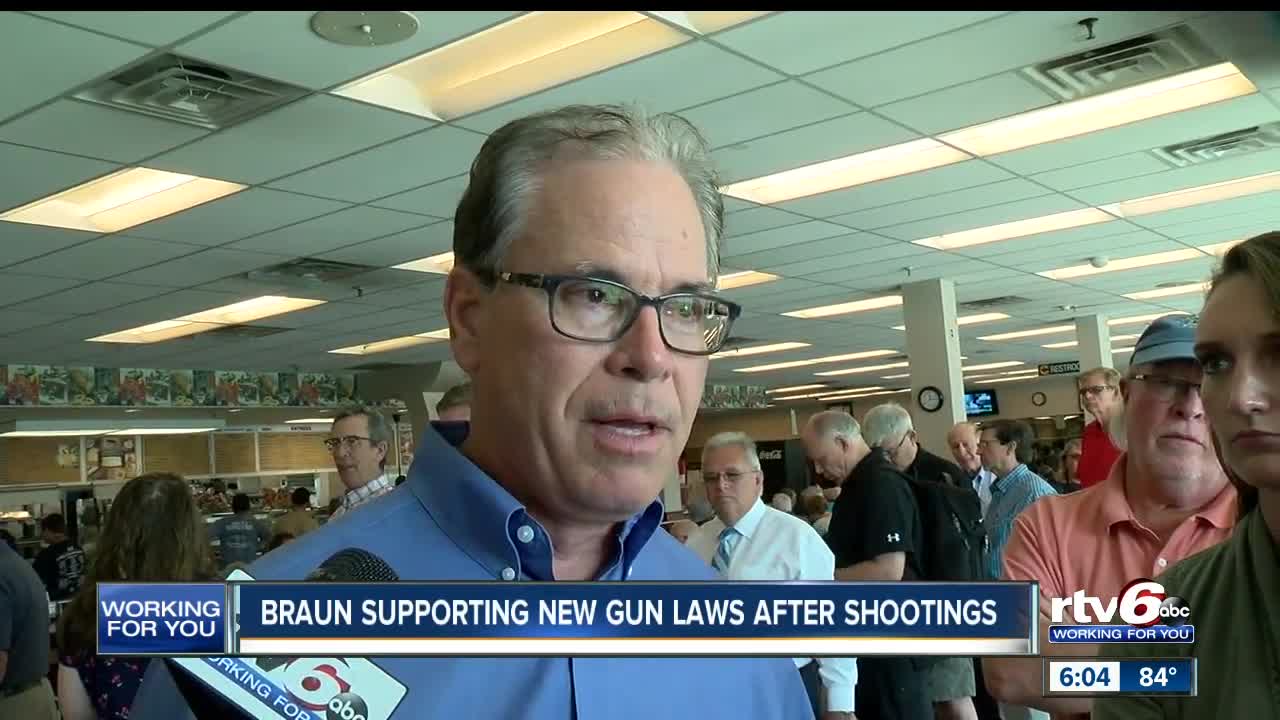 After two deadly mass shootings over the weekend, federal lawmakers could look to Indiana’s laws for solutions on how to prevent similar tragedies.

INDIANAPOLIS — After two deadly mass shootings over the weekend, federal lawmakers could look to Indiana’s laws for solutions on how to prevent similar tragedies.

Indiana was one of the first states in the country to pass a red flag law, which allows courts to issue orders to bar somebody from possessing guns if they’re deemed potentially dangerous. The law is typically used in domestic violence situations, or with people with documented mental illness, Indiana Attorney General Curtis Hill said last year.

Sen. Mike Braun, R-Ind., has been one of the first Senate Republicans to push for a federal red flag law.

He cited the shooting in El Paso, Texas as a case where a red flag law could’ve made a difference.

“The mother of the shooter in El Paso called into the authorities,” Braun said Thursday. “And what happened? Nothing. You shouldn’t need a manifesto put out there before you take someone seriously.”

A similar federal red flag bill was proposed in the Senate last year, but it didn’t gain much traction.

“Anybody that is a strong believer in the Second Amendment ought to know that if we don’t do common-sense things to take guns away from folks that use them the wrong way, we’re going to hurt our ability to keep and bear arms in the future,” Braun said.

President Donald Trump has signaled his support for the measure.