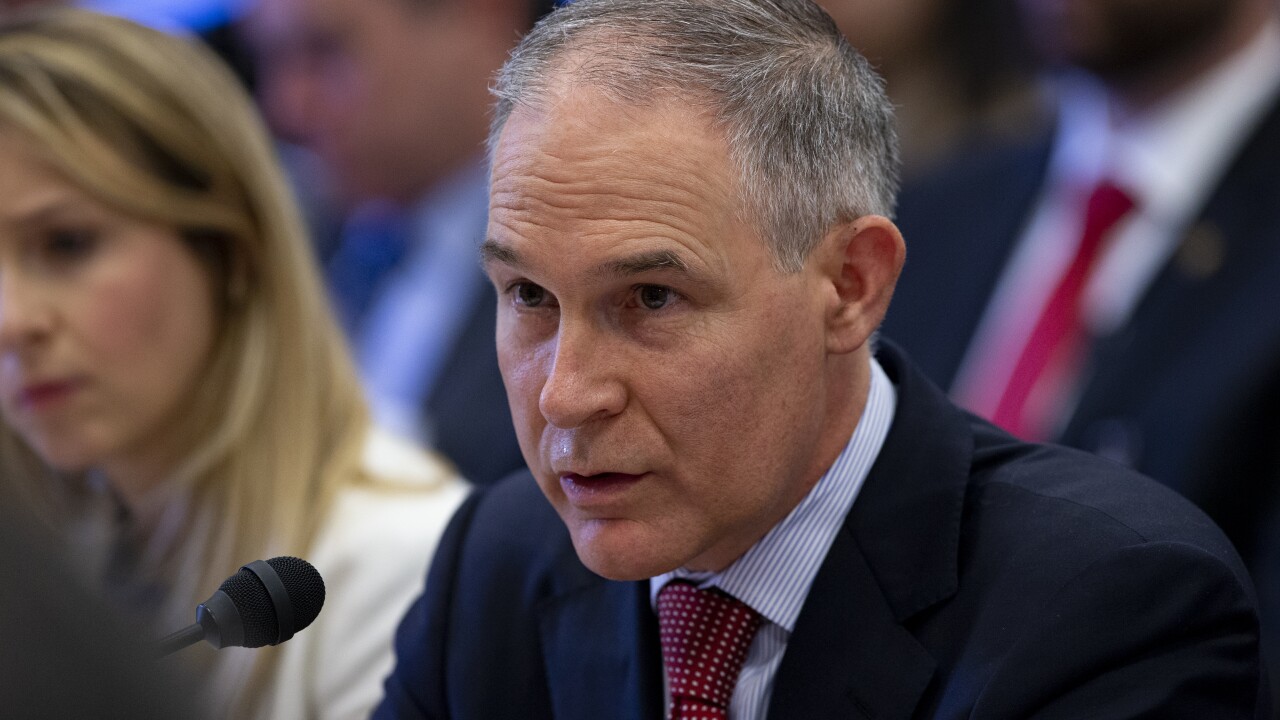 Alex Edelman/Getty Images
WASHINGTON, DC - APRIL 26: EPA Administrator Scott Pruitt testifies before the House Appropriations Committee during a hearing on the 2019 Fiscal Year EPA budget at the Capitol on April 26, 2018 in Washington, DC. The focus of nearly a dozen federal inquiries into his travel expenses, security practices and other issues, Pruitt was on the Hill to testify about his agency's FY2019 budget proposal. (Photo by Alex Edelman/Getty Images)

INDIANAPOLIS — Scott Pruitt, the former head of the Environmental Protection Agency who resigned amid numerous ethics scandals, is now registered as a lobbyist in Indiana.

Pruitt registered with the state this week as a self-employed consultant lobbying for RailPoint Solutions, LLC.

It is unclear what exactly RailPoint Solutions is. It has a P.O. Box in Brazil, Indiana and is not registered as a business in with the Indiana secretary of state’s office.

In the lobbying disclosure form, Heather Tryon is listed as the manager of RailPoint Solutions. In 2017, a woman named Heather Tryon was named chief financial officer of Sunrise Coal, LLC, a Terre Haute-based company that owns three coal mines in the state.

On the disclosure form, Pruitt selected “Energy” and “Natural Resources” as two topics he will be associated with in his lobbying efforts.

As EPA administrator, Pruitt worked to dismantle climate regulations installed under the Obama administration. He withdrew the agency’s involvement in the Clean Power Plan, regulations for greenhouse gas emissions.

Pruitt resigned as EPA administrator in July after controversies related to his office controversies kept piling up, such as spending thousands of dollars on private airfare and first-class travel instead of flying commercial. He also spent $43,000 to install a soundproof booth in his office, and $1,560 on 12 fountain pens.

Before his position in the Trump administration, Pruitt served as Oklahoma Attorney General where he sued the EPA 13 times.