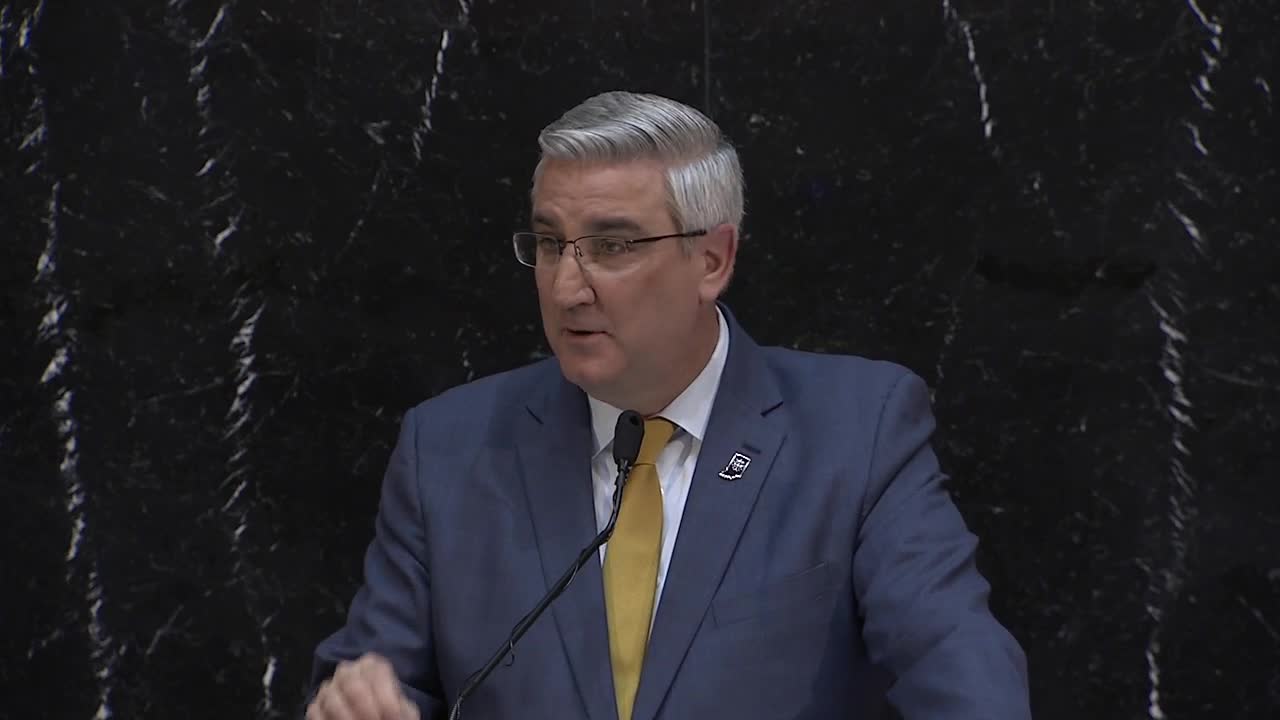 You can watch the State of the State address below:

INDIANAPOLIS — When about 15,000 teachers rallied on the steps of the Indiana Statehouse in November, they had a few requests but chief among them was increased pay.

In Gov. Eric Holcomb’s 2020 State of the State address, he recommended a special allocation next year to free up millions of dollars for teacher pay over the next 15 years.

Holcomb recommended using $250 million from the state’s budget surplus to prepay some of the general fund’s obligations to the teachers’ retirement fund. Doing that would free up about $50 million per year to be redirected to teacher pay. Because of the decreasing obligations to the teachers’ retirement fund, the $50 million could be used for teacher pay annually until 2038, and maybe further.

This is separate from the Teacher Compensation Commission, the group that will have a report on how to pay for teacher salary increases later this year.

Holcomb’s request can only happen through the general assembly. The legislature usually follows along with his proposals, but it’s not necessarily a done deal. The extra $50 million wouldn’t necessarily go toward teacher pay, unless the legislature makes that call.

He also called for the special expenditure to take place in the 2021 session, which is a budget year, instead of opening the budget in the 2020 session.

Other notes from Holcomb’s speech:

Gov. Eric Holcomb is giving his fourth State of the State address. Follow along in this thread. https://t.co/Rz6gr8dKcf