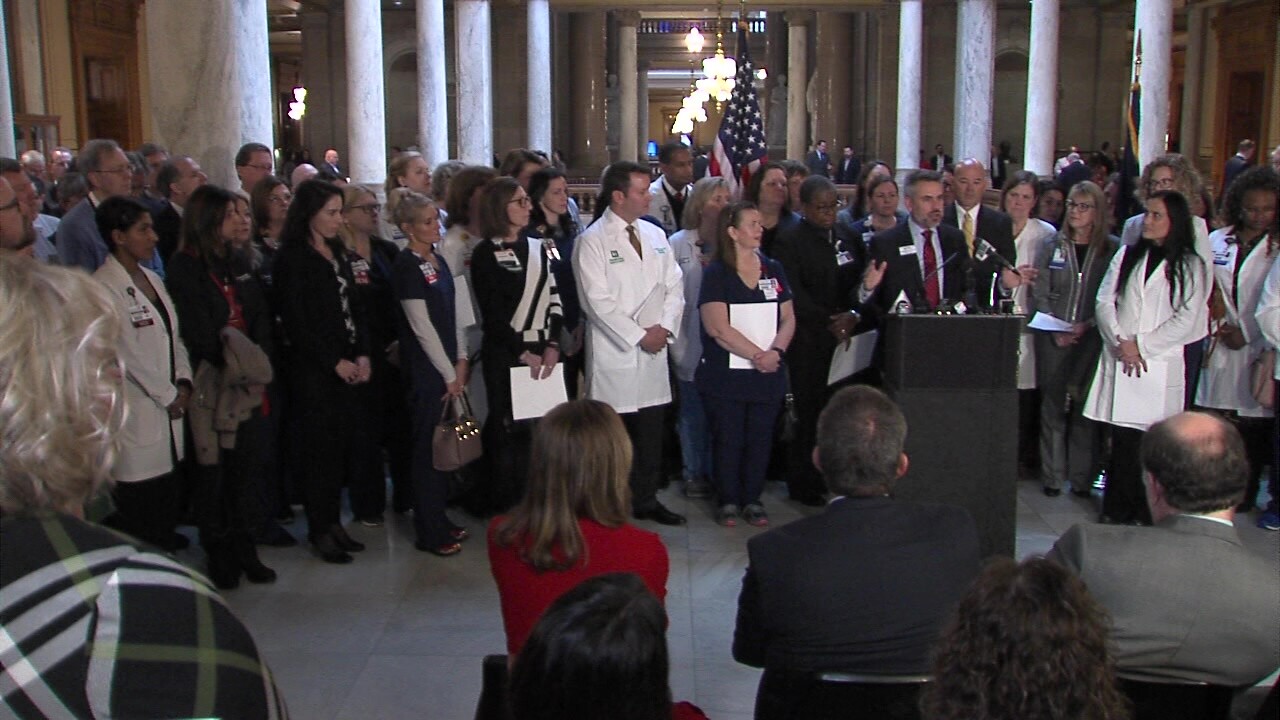 INDIANAPOLIS — Hundreds of people in the medical profession rallied Monday at the Statehouse to warn against a proposed change in law for hospitals.

An amendment that passed the Senate Committee on Health and Provider Services Wednesday would cut reimbursements for hospitals if the care was done at somewhere other than the main facility, also known as a “site of service” provision.

“Hospitals will be forced to discontinue services and reduce staff, making it harder for Hoosiers to access the services that they need,” Tabor said. “Some financially fragile hospitals may be forced to close their doors or consolidate in order to remain viable.”

“If you vote against this, you’re also voting against giving the patient the right to follow and find out where their health care provider is,” she said.

The hundreds of doctors and hospital administrators at the Statehouse Monday said they’re in agreement with lawmakers on the need to cut down on costs, but said this isn’t the solution.

“The problem with this particular action – it completely reduces access to health care,” said Community Health Network Physician Ram Yeleti. “It does not reduce cost at all.
The money we may save goes straight to the insurance companies. It doesn’t go to the taxpayers. It takes away from all the things we can do to take up access for patients.”

The Indiana Senate is expected to discuss the bill Monday. This story will be updated.