Immigration is a 'net benefit' to Indiana, a new study found 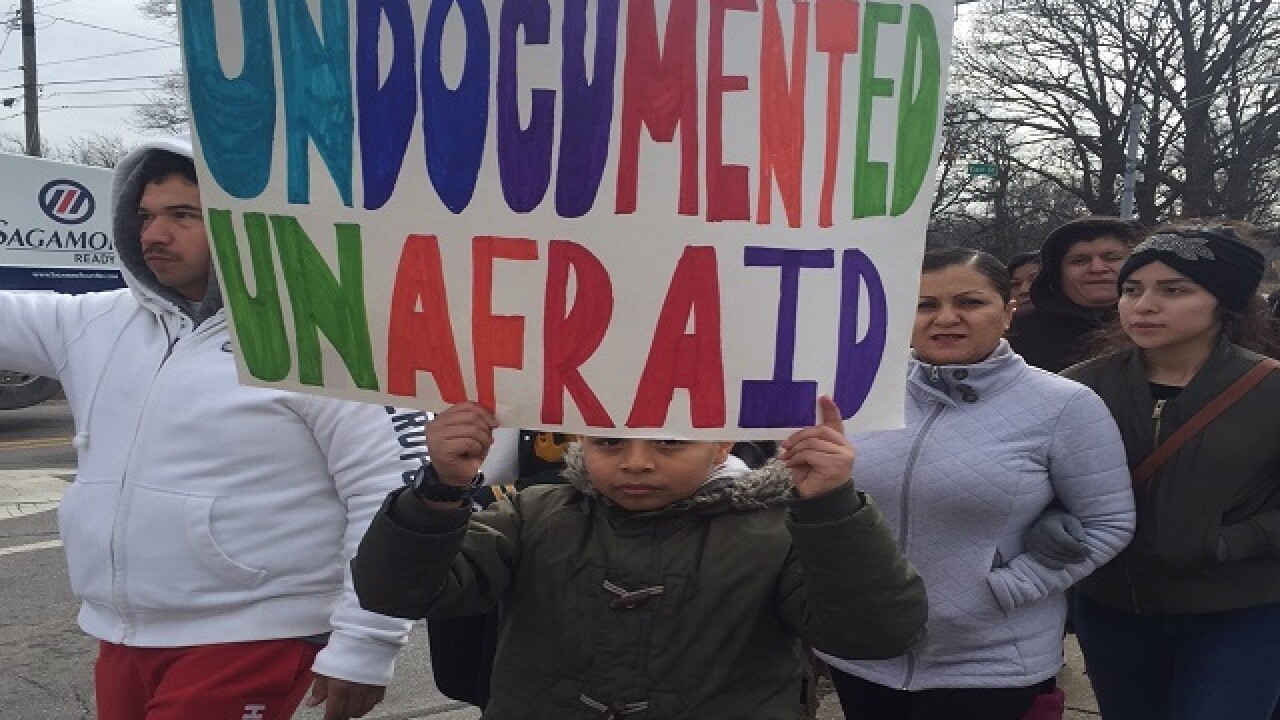 INDIANAPOLIS — Immigrants, even those who are here illegally, are a “net benefit” to Indiana, a Ball State University study found.

The study, which was released Monday, examined the economic and social impact of immigration into Indiana from the late 1800s-2015. The study revealed overwhelmingly positive findings because of immigration.

The data in the study is from the 2012/2016 five-year estimates of the American Community Survey, or ACS. The ACS is a publicly available document.

The percentage of people who were foreign-born peaked in 1860 at 8.8 percent. Today, it is estimated to be about 5 percent of the population. A small percentage of those immigrants are living in the country illegally. The exact number is difficult to nail down, but some studies have estimated it between 7.5 to 12.1 percent.

“Even those [in the country illegally] tend to work at very high rates,” said Michael Hicks, an author of the study and professor of economics at Ball State. “They tend to pay enormous share of taxes, but don’t use tax benefits at very high rates. They’re not available. So, it’s very difficult to dodge taxes, but if you’re not a legal immigrant, there aren’t many services open to you. These tend to be positive benefits as well. They’re paying into the pot, and not pulling very much out.”

It found that immigrants are better educated than the incumbent population of the state, and the rates of education attainment (the highest level of education received) are increasing. The educational attainment rates of native-born Hoosiers have remained “relatively static,” according to the study.

“Overall, immigration has been very, very kind to Indiana,” Hicks said. “We’re not near the levels we saw in the early part of the 20th century, but we could certainly use more immigrants, particularly better-educated immigrants. We would be better off if we could do a better job keeping their children here.”

Hicks, who has doctoral and master’s degrees from the University of Tennessee, said the children of immigrants often perform better than the children of native-born Hoosiers.

He said it’s just part of the American dream.

“[Immigrants] are entrepreneurial, they’re willing to take risks, even if they don’t have a lot of formal education,” Hicks said. “If you match those characteristics that tend to transmit from parent to child and you add in a good education system, you have a very dynamic economy. That’s why American cities that have large shares of immigration tend to do extraordinarily well.”

Immigration can also help balance out a lot of the negative effects of population loss seen in Indiana over the last 30 years, the study found. Between 1990-2016, there were 17 Indiana counties that saw a loss of population, while also seeing an increase of an immigrant population. Two counties, Pike and Clinton, would have had population losses if it weren’t for immigration.

The study did reveal a short-term negative effect of immigration in Indiana, Hicks said.

Those with a high school degree or less saw wages drop for about three months, then level off after that time. Those negatives don’t exist for workers with some college, a college degree or more, the study found.

It’s important to note the study only focused on Indiana and the affect immigration has on the Hoosier state. It didn’t make any direct policy recommendations for the state.

But there are takeaways for national lawmakers from Indiana.

“We hope that helps drive policy,” Hicks said. “Immigration is a national issue, but if you represent Indiana in Congress or the Senate, then you ought to be reasonably unconcerned that the growth of immigrants will do harm to your community. On the contrary, it would make Indiana a much better place.”