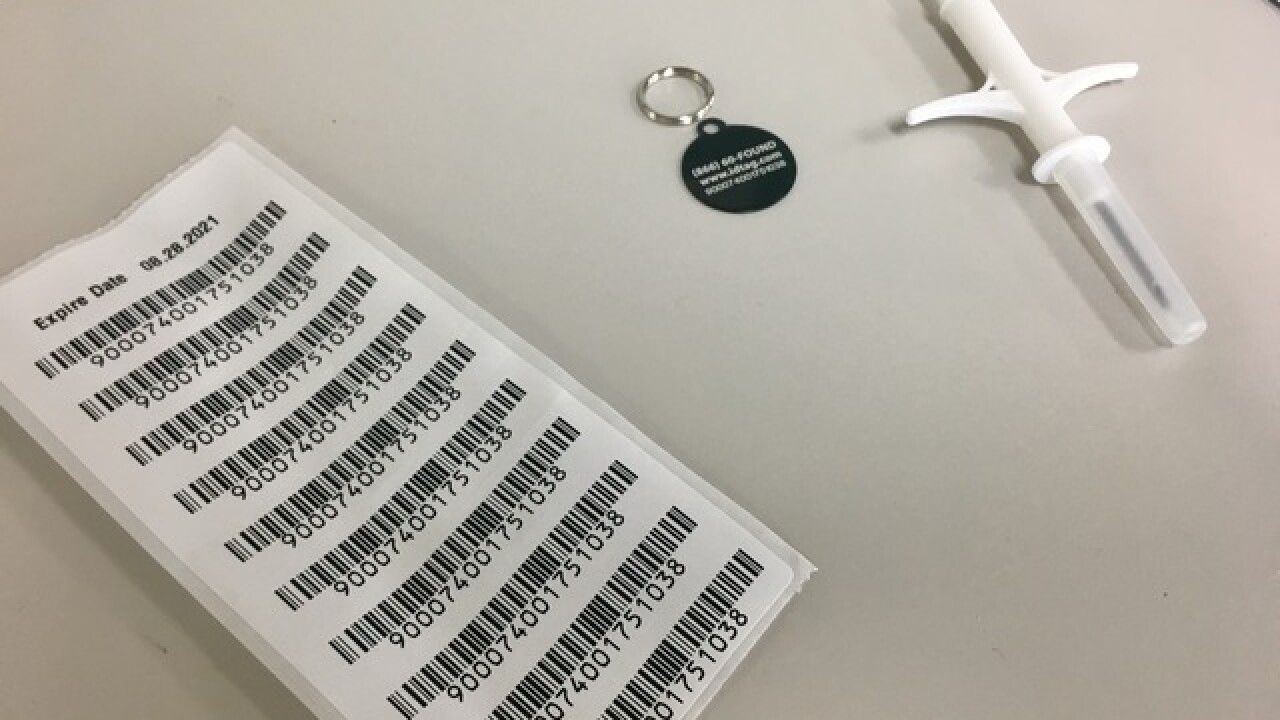 INDIANAPOLIS — Hoosier employers: You may no longer be allowed to force potential employees to get microchips implanted into their bodies.

A bill to ban this practice for employers unanimously passed both the House and Senate over the past two months and is now on its way to Gov. Eric Holcomb’s desk in the next few weeks.

There are currently no known employers in the country that require employees to have a device implanted in their body as a condition of employment, according to the Indiana Legislative Services Agency.

But some offer microchipping as a voluntary option to employees. It's used for clocking into work, opening doors, logging into computers, purchasing items at a work café and operating work photocopiers.

The bill's author, Rep. Alan Morrison, R-Brazil, said he wanted to make sure it didn’t happen in the state.

“Privacy is an important thing,” Morrison told the Associated Press. “I don’t think there’s anything wrong with us being a little out in front of something.”

Indiana would be the sixth state to outlaw companies mandating microchips. A spokesperson for the governor’s office said Holcomb will review the legislation.