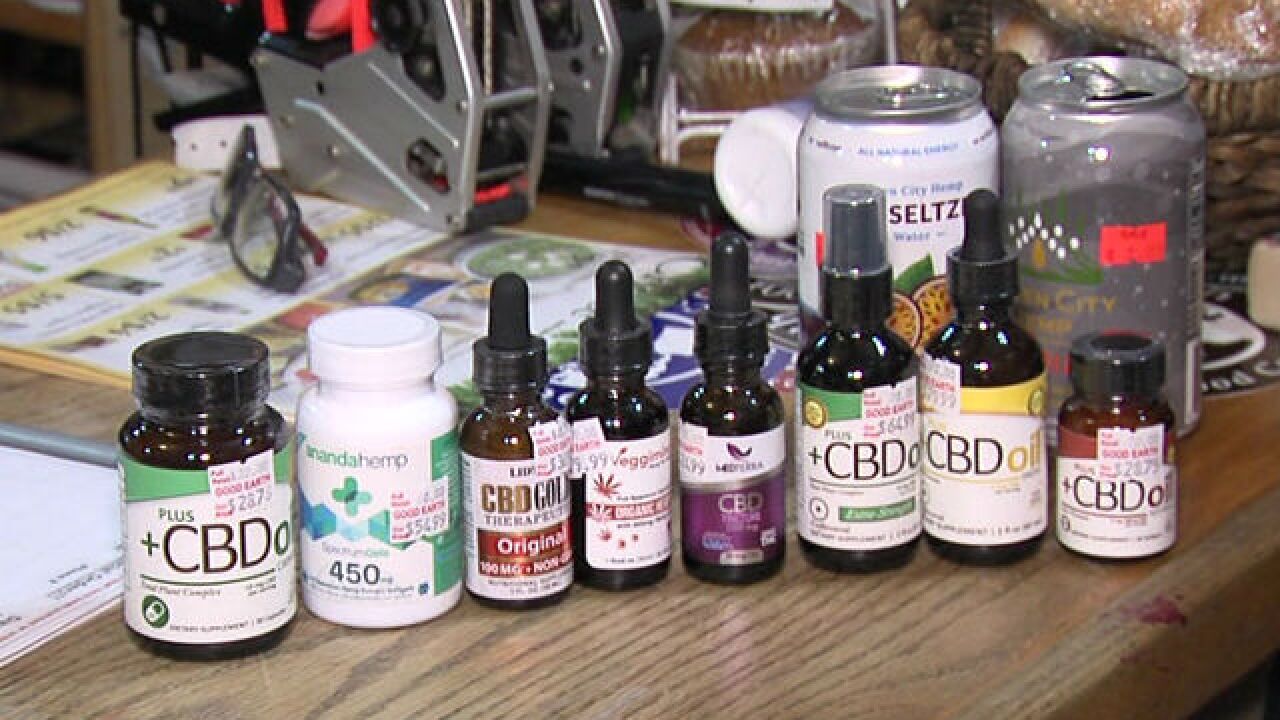 INDIANAPOLIS (AP) -- Indiana's annual legislative session descended into chaos in its closing minutes as bickering Republicans who control the House and the Senate blew past Wednesday's midnight deadline and adjourned without taking up a number of key bills.

The GOP has commanding super majorities in both chambers -- holding 70 of 100 House seats and 41 of 50 Senate seats -- but tempers flared in the session's final week as they struggled to come to agreement.

Republicans scrambled to unsuccessfully ram through bills as the clock neared midnight and the House floor was awash in a cacophony of noise. GOP Gov. Eric Holcomb even offered to sign a special order extending the session by an hour, though it was far from certain if he had the authority to do so.

When it was all said and done, leaders in the House and Senate pointed blamed at each other for allowing a handful of tax, gun, technology and school bills to die.

"This day was very chaotic," said Republican Senate leader David Long, who singled out GOP Rep. Ed Soliday, of Valparaiso, for making "things extremely difficult," while suggesting he "had a meltdown" during last minute negotiations on several bills.

It was perhaps a fitting bookend to a session that was already more notable for bills killed and plans postponed than legislative achievements. From the start, Republican leaders sought to lower expectations about what would be accomplished in an election year, freely acknowledging that they didn't have an overarching policy objective to accomplish.

Another complicating factor was a power struggle in the Senate Republican caucus, brought on by the impending retirement of Long, who plans to step down from his Fort Wayne seat in November.

"That complicated things greatly," said House Speaker Brian Bosma, of Indianapolis. Long, however, insisted it was an "unfair rumor."

Among the bills left unfinished were measures that would have boosted school safety funding, regulated self-driving cars, eliminated handgun license fees and allowed churchgoers to carry guns to worship services on school grounds.

Another controversial bill that died would have further diminished the authority of the Gary school board while allowing Ball State University to take over Muncie schools. There were also several tax bills that died.

"It is total mismanagement," said House Minority Leader Terry Goodin, an Austin Democrat. "They are a group that has complete and total control of the chambers and they can't get the work done."

Over the past few days Republicans in the House and Senate spent much of their time in closed doors meeting or celebrating lawmakers who were retiring. What they didn't do, though, is get to work passing bills. Tempers flared Tuesday after the Senate abruptly adjourned mid-afternoon with a stack of bills still to be completed.

"We were here all day yesterday when our colleagues weren't," said Bosma, who mocked the Senate for adjourning early on Tuesday by suggesting they wanted to catch the "early blue plate special."

Still, there were some accomplishments in the final week.

But the session also had misfires.

Planned improvements to the state workforce development and job training programs were supposed to be a dominant issue backed by Holcomb. But instead, Republicans downsized their ambitions, pushing for a reshuffling of a governing board overseeing those efforts, while postponing the heavy lifting for next year.

Earlier in the session there was an effort to add Indiana to the list of 45 other states with a hate crimes law, but that foundered amid opposition from conservatives in the state Senate. And a plan by House Republican leaders to eliminate a large number of townships also failed to generate support.

Still, lawmakers did find time to ban the practice of eyeball tattooing and establish the Say's Firefly as the state's official insect.

They also accomplished one other feat signed into law by Holcomb: eliminating a prohibition on carryout Sunday alcohol sales that had effectively been in place since Indiana became a state in 1816.

MORE TOP STORIES |   Boone County deputy shot during pursuit identified, will not survive his injuries  |  What led up to the fatal shooting of a Boone County deputy  |  Women in Greenwood say strange men are following them around in stores  |  Missing Westfield woman's body found in car pulled from retention pond  |  Anthony Baumgardt: "No remorse" for what happened to Deputy Pickett, man he's accused of shooting