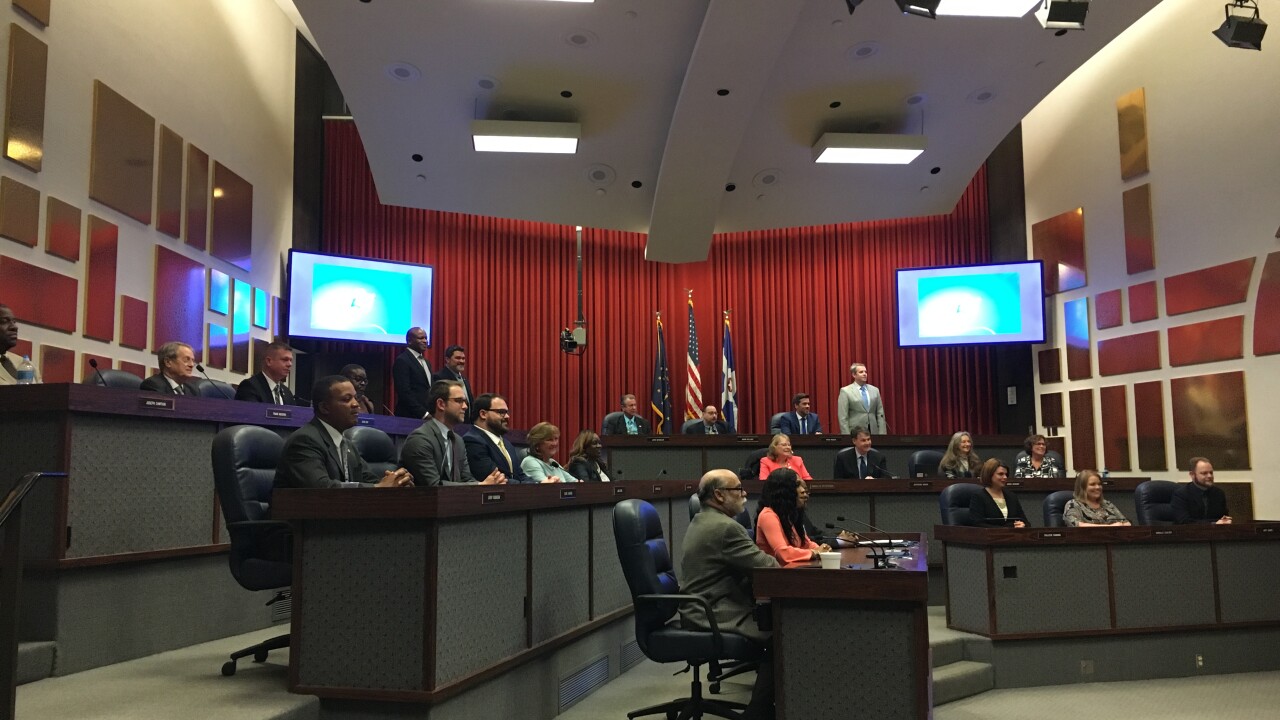 INDIANAPOLIS – The Indianapolis City-County Council passed Mayor Joe Hogsett’s 2020 budget Monday night, but not without some discussion on a big topic on some councilors’ minds.

The $1.2 budget passed with a vote of 22-2. Michael McQuillen, R-District 4, and Brian Mowery, R-District 25, voted against it. Democrat Christine Scales was absent from the meeting due to an illness.

A year ago, the 2019 budget passed unanimously among both Republican and Democratic councilors, a fact the mayor’s office frequently touts.

But frequent unbudgeted financial requests throughout the year frustrated some Republicans on the council, leading to the two “no” votes.

Shreve, who voted in favor of the budget, said councilors looked at the budget with more skepticism this year.

One unbudgeted request came in March, when the Indianapolis Department of Business and Neighborhood Services requested $822,000 for 28 new vehicles.

BNS requested buying the new cars because the department had $900,000 more than what was initially budgeted for 2018. BNS budgeted for $20.4 million, but actually made $21.3 million. BNS, unlike other city agencies, gets its self-funded budget through fees and permits.

Those requests were again discussed Monday night, as the councilors debated the 2020 budget one last time before and after the vote.

"I will be watching the numbers very carefully," McQuillen said.

Mayor Joe Hogsett released the following statement after the vote:

"Tonight’s bipartisan vote is the latest confirmation that our city is best served when we prioritize taxpayer-friendly policies and neighborhood investments over political games and partisan politics," he said, in part.

The budget allocates $1.2 million for body cameras for the Indianapolis Metropolitan Police Department.

IMPD Chief Bryan Roach said there is money in the department’s budget for a few civilian employees to manage the videos and redact parts for public consumption. Roach said if body cameras are implemented in 2020, it would cost more money each year to keep the program running.

Most of the different departments are expected to keep roughly the same level of funding through 2020. Notable increases include:

The IMPD is expected to receive a 2% increase in funding, with officers getting a previously negotiated 2% raise.

The Department of Public Works would get another $8 million, an increase of about 5% from 2019 levels. The department will add a second shift, working from 4 p.m.-12:30 a.m. This will be the first time DPW has had more than one shift in modern Indianapolis history.

Notable proposed budget cuts from 2019 include:

The Minority and Women in Business Development Agency would receive about $168,000 less than in 2019. City officials said this is because the agency had a large, one-time expense in 2019 and the actual operating budget is slightly higher in 2020.