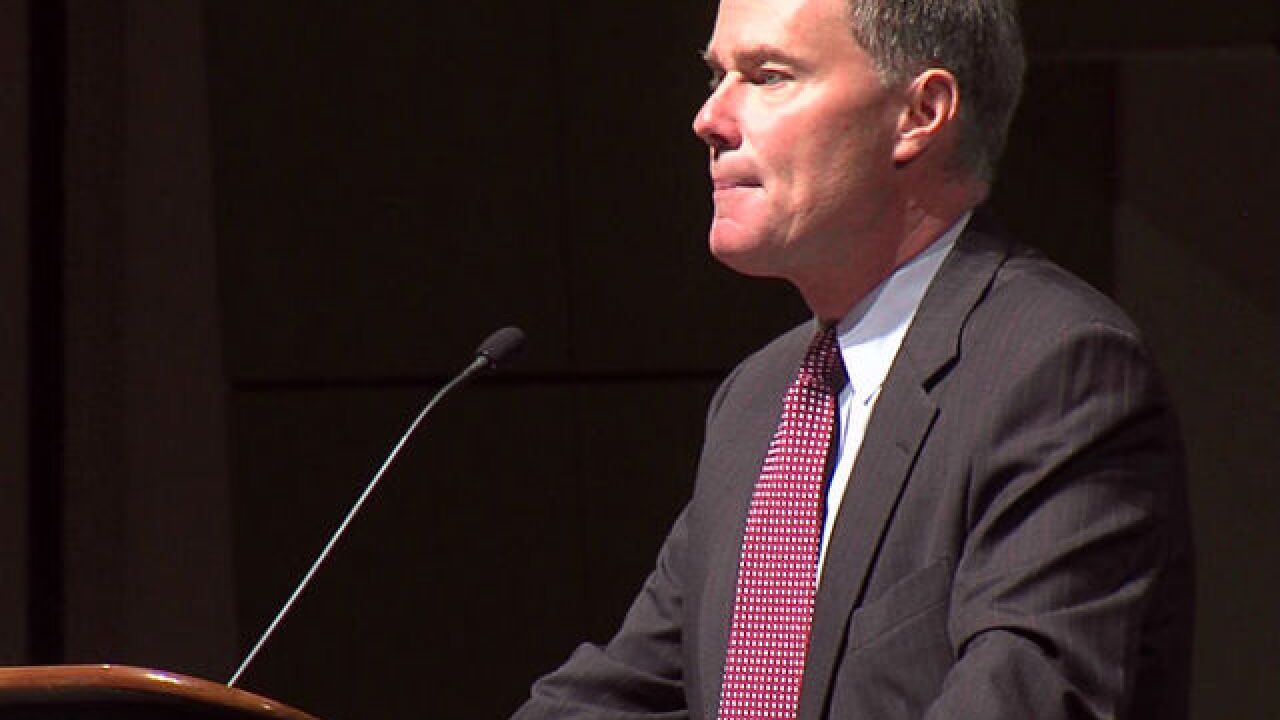 INDIANAPOLIS – Indianapolis Mayor Joe Hogsett secured his seat at the City-County Building for another four years as he won reelection Tuesday night.

"I am humbled, I am honored and I could not possibly be more excited to serve as the mayor of Indianapolis for another four years," Hogsett said.

Hogsett defeated Republican challenger Jim Merritt, after a campaign for both that focused on crime and infrastructure. Specific vote totals weren’t immediately available.

Hogsett, the former U.S. Attorney for the Southern District of Indiana, will officially begin his second term as mayor. He ran a campaign of fiscal responsibility, touting three consecutive years of balanced city budgets. The 2020 budget recently passed the City-County Council with a bipartisan vote of 22-2. Republican Councilor Susie Cordi even appeared in a Hogsett advertisement, supporting his reelection.

Hogsett will enter his second term attempting to take advantage of the message his campaign was built around: Progress is being made, but the work is not done yet.

He has frequently discussed the 2018 drop in violent crime, and the expected year-over-year decrease in criminal homicides in 2019. He credits the strides to a return to neighborhood-based beat policing for the Indianapolis Metropolitan Police Department. Hogsett said his infrastructure plan will spend more than $400 million on roads, streets, and sidewalks over the next four years. He also has put forward a long-term regional infrastructure plan, but it has seen little support from neighboring governments.

Merritt, an Indiana State Senator from Indianapolis, announced his candidacy in early January by discussing the city’s problems with crime and infrastructure. For the next 11 months, he continued to pound that issue, putting the blame on Hogsett’s decisions as mayor.

Merritt announced last month he would nominate former Indianapolis homicide detective Bill Benjamin to be the city’s next police chief. He pledged to hire a deputy mayor of public safety, a position similar to the one Hogsett dissolved when he first came into office in 2016. On infrastructure, Merritt suggested express toll lanes for some Indianapolis streets, such as Binford Boulevard.

But Merritt was frequently criticized by opponents for his previous decisions in the Indiana legislature, such as his vote in favor of the Religious Freedom Restoration Act.

This story will be updated.