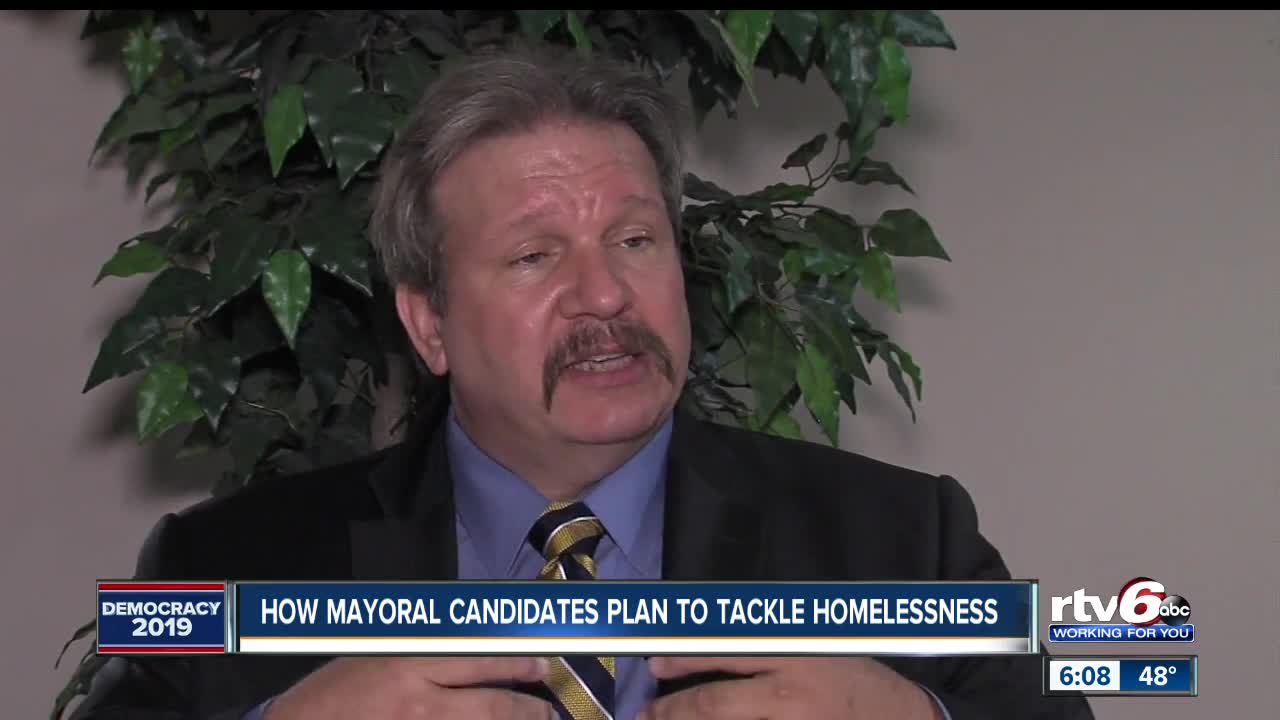 All three of the Indianapolis mayoral candidates have different ideas to solve the homeless problem in the city.

RTV6 is profiling five top issues on voters’ minds when they go to cast a ballot for Indianapolis mayor on Nov. 5. We spoke to all three Indianapolis mayoral candidates about their plans and promises for the city over the next four years.

INDIANAPOLIS — All three of the Indianapolis mayoral candidates have different ideas to solve the homeless problem in the city.

More than 15,000 people were homeless, according to the most recent count earlier this year. Experts say this may not show the full picture of the problem.

"We have to find a place somewhere in the city where we can have the homeless not only have a place to stay temporarily, but also a place where we can say, here is where the outreach center is, here is how you can get out and improve your lives," Douglas McNaughton, the libertarian candidate, said.

"Our point in time count shows that for the last two years, we have seen a decrease in the number of those suffering from chronic homelessness," Mayor Joe Hogsett, D-Indianapolis, said.

"There was an interest in having a homeless facility for veterans in our city," Republican Sen. Jim Merritt said. "But the neighborhood rose up and said no. When I become mayor, I will get right in the middle of that and we'll find a solution for that."