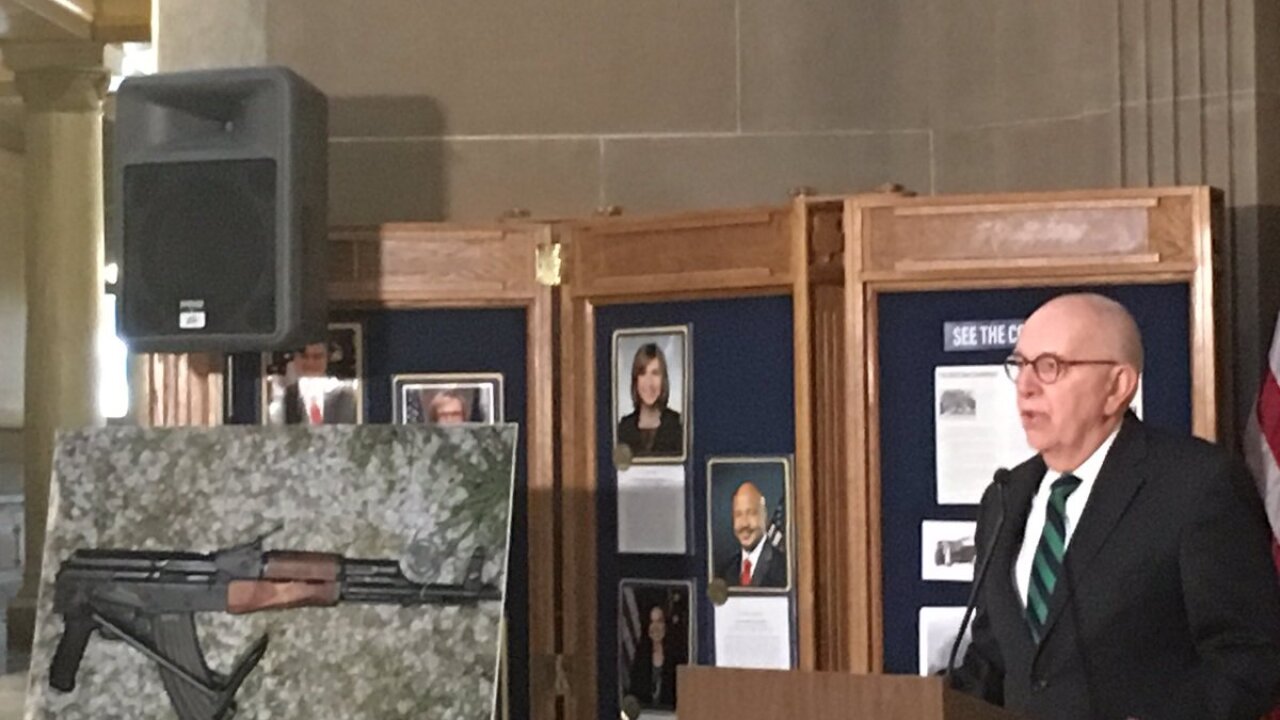 INDIANAPOLIS — Deandra Dycus’s 18-year-old son, Dre, should be going off to college.

Instead, Dre, lives his life from a hospital bed. He was shot in the head by a stray bullet in 2014 where his friends were gathered for a birthday party. Since 2014, Dre has suffered eight strokes and is now a quadriplegic.

Now, Dycus lobbies for “gun-sense legislation,” as she calls it, on behalf of her son.

They discussed the following bills, which they called “common-sense gun legislation”:

Curry showed a photo of an AK-47-style semi-automatic rifle in his presentation. It was the gun that a man named Major Davis II used to kill Indianapolis Metropolitan Police Department Officer Perry Renn in 2014.

“Under Indiana law, there is nothing that forbid Major Davis from walking around at a neighborhood cookout with an AK-47,” Curry said. “Depending upon where this weapon was purchased, it could be purchased without a background check. Under Indiana law, there was no permit required to carry this weapon. No safety training is required to own this weapon. … How can there be any question whatsoever that it is not the time to have a conversation about the state of gun laws here in our state?”

Rep. Jim Lucas, R-Seymour, is one of the most pro-gun rights advocates in the legislature. Lucas criticized the attempt for gun legislation, saying they would just create extra hurdles for non-criminals.

“We already have existing laws” Lucas said. “They’re coming at it from the fact that we can prevent all crime. Since mankind has walked this earth, until the day we stop walking the earth, man will be committing crimes against his fellow man. It does not make any sense to me why we want to make innocent people defenseless against [criminals]. These laws they’re proposing sound like they’re common-sense. They’re not.”